Frozen Dead Guys Are Out; Tasty Weasels Are In. Our Trip to Oskar Blues in Longmont.

We weren’t supposed to end up at Oskar Blues Brewery in Longmont. It wasn’t on our agenda when we left the house to pick up our good friends, Shawn and Jessica. We were going to grab a quick breakfast and then all head up to Nederland for the crazy outdoor celebration/drink-fest knows as Frozen Dead Guy Days. We would all spend the day outside, celebrating the dead dude that’s been kept on dry ice in a shed for dozens of years with a series of crazy events, like coffin races and polar plunges. It all sounds really weird and awesome, right?

Unfortunately, when you have an outdoor festival in the Rocky Mountains in the first week of March things can get squirrely fast. On this particular Saturday, frigid temperature and blustery winds caused the Dead Guy Fest to cancel most of their planned events. There would be no hearse parade or frozen turkey bowling to watch. That left looking for a fun Plan B to enjoy some time with our friends.

It was the perfect excuse to officially kick off our Colorado brewery challenge! We would wipe our slate clean of all the breweries we’d visited before this day, and try to make it to each of them. Some for the first time, while others we’ve visited before but not since starting this blog. So whichever brewery we visited today would be Brewery Numero Uno for our challenge. So who should that be…? 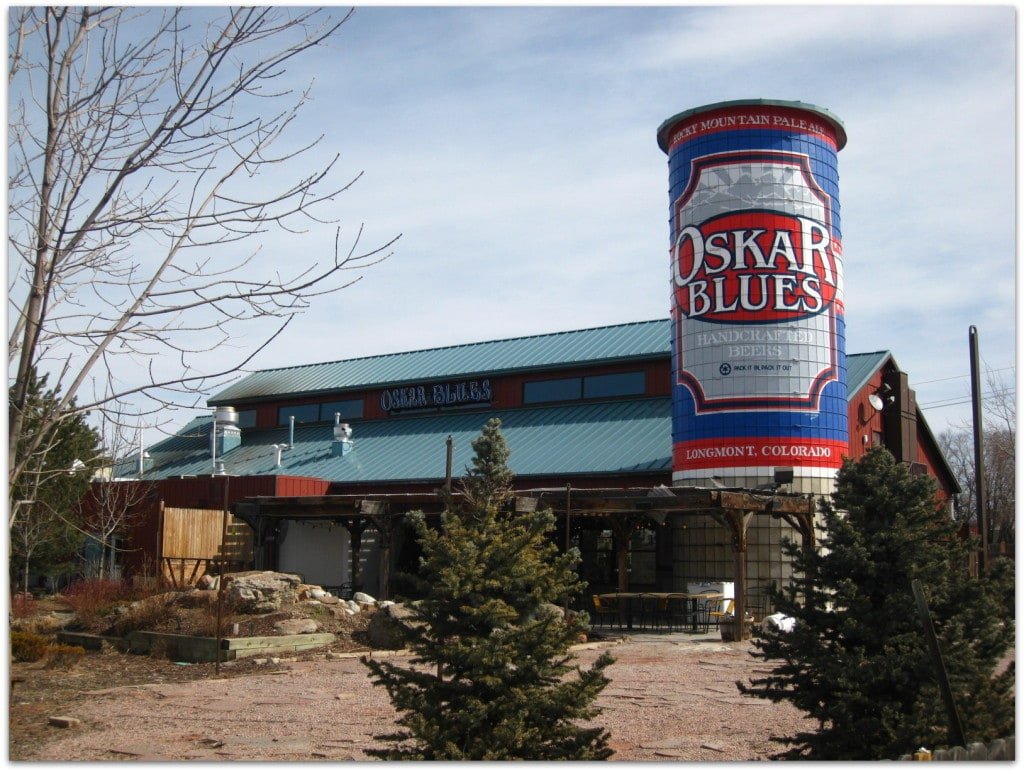 We decided to visit the Oskar Blues Brewery in Longmont for several reasons. First, Jeff and I had visited Oskar Blues last year and we really dug the place. Second, they have a fun and super-tasty restaurant called Home Made Liquids & Solids that’s just a hop-skip-and-a-jump away from their actual brewery and tasting room, the Tasty Weasel. That meant we were guaranteed a delicious meal before we had to drive home. Finally, it was just far enough out-of-town to justify the car being full of road-trip snacks we’d already packed for Nederland.

Honestly, we give all the credit to Jessica (JFunn) for making the suggestion. We were all throwing names around, but once she mentioned it Oskar Blue Brewery, we all jumped on board. then we hopped in the car and skedaddled to Longmont. 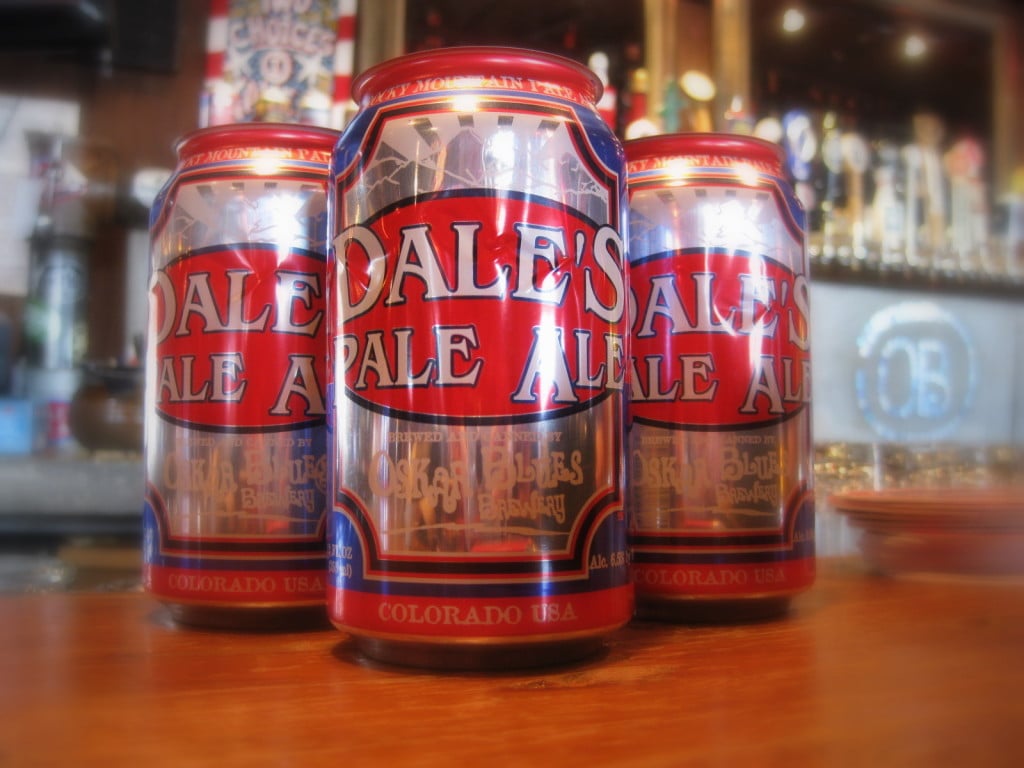 We arrived in Longmont at 11 a.m. Since the Tasty Weasel doesn’t open until noon we actually made Home Made Liquids & Solids our first stop. While they don’t brew beer at this location they do have a pretty amazing taproom selection of brews. They have all the Oskar Blues Brewery beers, plus plenty of others. They also smoke their own BBQ in-house, and though none of us were hungry yet, the food looked and smelled pretty damn delicious. But let’s get back to the point…

The craft beer menu at Home Made Liquids and Solids is so expansive that it’s almost overwhelming. Fortunately, our friendly bartender Nate was helpful with some suggestions and a few tastes. He also gave us the rundown on Oskar Blues Brewery – that they started in Lyons, did most the brewing now in Longmont, yada yada yada. It was actually all good stuff and we quickly realized that if we were going to write about places we visit, perhaps we should take notes. Maybe next time. This time we were just having fun with friends, including our new friend Nate. Oh, and we tried to get him to spill some deep, dark Oskar Blues secrets but Nate wouldn’t crack. Whatever, he kept us in beer and conversation, so in a word, Nate was pretty awesome.

We truly love Oskar Blues Brewery and especially love Home Made Liquids and Solids. It may be in the middle of Longmont, Colorado, but the place has a comfortable, down-south kind of vibe. It’s the perfect blend of Cajun restaurant, BBQ joint, and craft beer bar. Best of all, it’s all quality stuff. Oskar Blues has their own farm nearby called Hops & Heifers, where they raise cows, pigs, and of course, hops. Scraps from the restaurant go to the farm to feed the livestock. You’ve got to appreciate a place that understands the importance of sustainability.

We all enjoyed several beers at Home Made Liquids and Solids. Their selection is described as “No imports. No bottles.” so finding a great craft beer was no problem. We had a few Oskar Blues Brewery beers, including our first taste of their Priscilla Wheat. It was really tasty. From their other craft selections, Jessica and I liked the Maui Brewing Passion Pale. The fellas in our group are both total hop-heads, and they liked the Boulder Cold Hop. Needless to say, it was hard to pry us away from the bar, but the Tasty Weasel was calling. Eventually, it was time to move on.

The Tasty Weasel Taproom is located inside the Oskar Blues Brewery. Here you can enjoy your favorite Oskar Blues beer in the shadow of the fermentation tanks where it was created. Having visited here before we knew to sign up for the tour as soon as we arrived. We were shocked how much the brewery has grown since our last visit. A new canning line had been added, making the Tasty Weasel a bit cozier that it once was, but it was still just as much fun. We were lucky enough to be there for a special small-batch tapping of Double Dry Hopped Deviant Dale’s. Wow, that’s some hops! 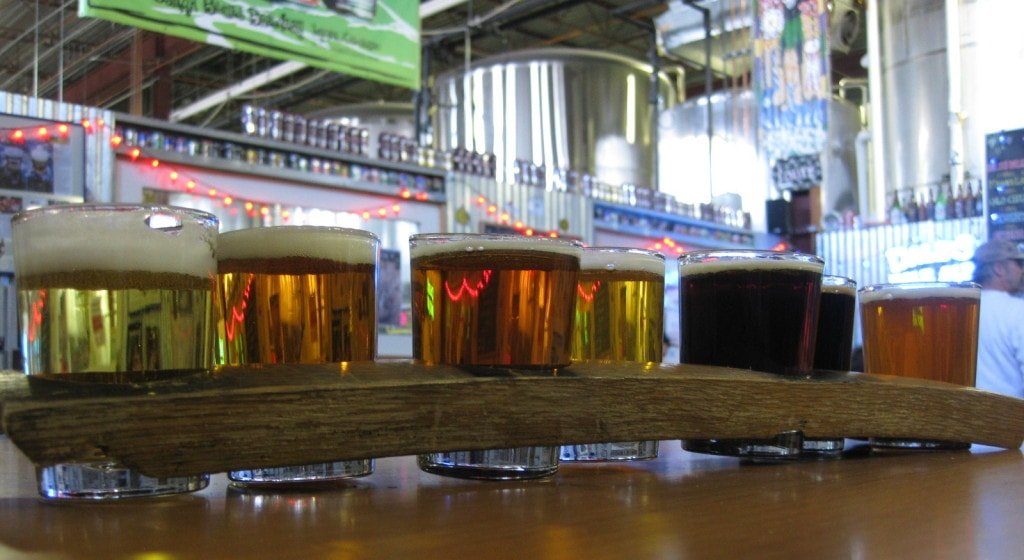 At the Tasty Weasel, Jeff and I got the sampler flight, not quite realizing how much beer that meant we’d have to finish in the short amount of time before our the tour began. We met the challenge, my pictures and memory were somewhat affected by the brews. Forgive me in advance for blurry photos and blurrier details. I can remember that some of our favorite brews from the sample flight were Mama’s Little Yella Pils, Ten FIDY, and of course, Dales Pale Ale. There were others that we liked, and several more that members of our group tried and liked, but sadly those memories are gone. Let’s just say that they were all good, okay? There wasn’t a beer that we turned away.

Next on the agenda was the tour, led by our tour guide Garrett. Garrett was great and seemed very experienced dealing with our type before: wide-eyed, somewhat buzzed homebrewers who ask nonstop questions. Garrett told us a lot about the brewery operation and showed off the new canning line. We wish we could have seen it in action, but they don’t can on weekends. We suppose even the most dedicated brewery employee deserves a weekend off. Well, unless you’re Garrett…

Doesn’t Garrett look annoyed with us in the photo below? We promise he wasn’t, he was actually very friendly. He was really chill and patient, so we annoyed him he hid it well. I think that the photo below just caught him letting his mind wander as we asked another of a bazillion questions. Poor Garrett. 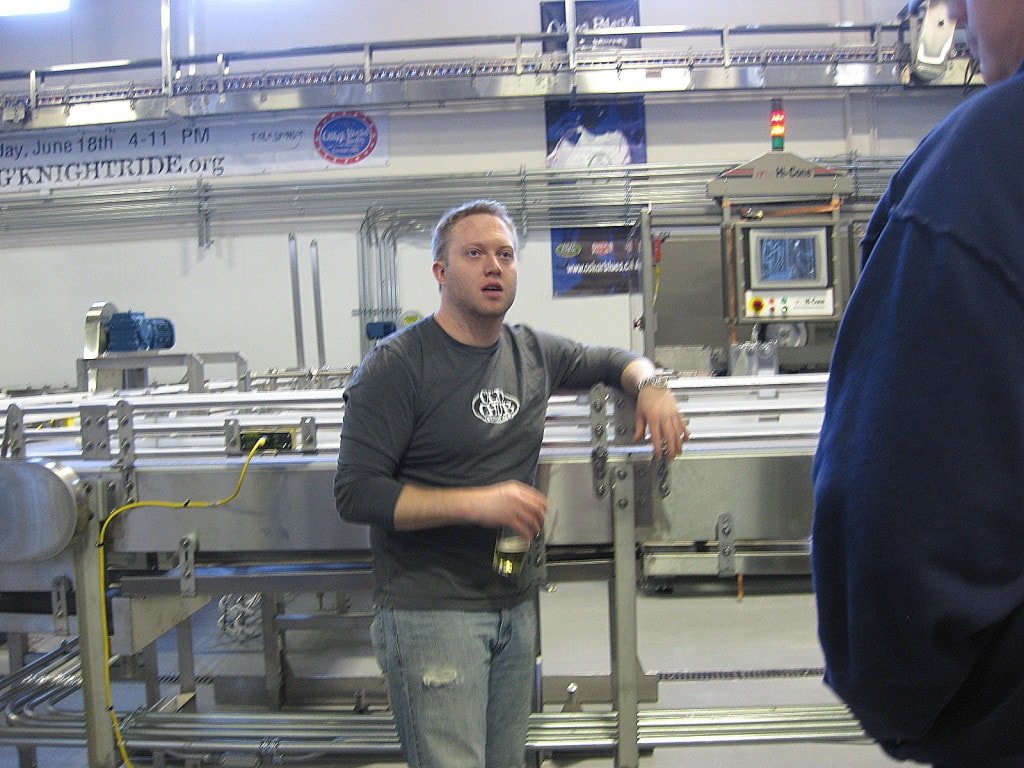 After the tour was complete we decided we needed some food before our drive back home. It wasn’t a tough decision where to go… we went straight back to Home Made Liquids and Solids! No more beers were consumed, but we did have plenty of food. I couldn’t tell you what everyone else had because I was hyper-focused on enjoying my delicious Macaroni and Cheese. Seriously, it was so good I could live on nothing but their Mac and Cheese alone. I probably wouldn’t live long, but hey, it would be worth it. Everyone else said their food was delicious, but honestly, it was a bit of a blur. I just remember the Mac and Cheese and being thankful that I wasn’t the one who drew the short straw to stay sober and drive us home.

So there you have it, our first stop on our Colorado Brewery Challenge! We had a really fun time thanks to great friends and delicious beers. We also learned a few things for our future visits. Stuff like take notes, and take lots of pictures before you drink all the beer, so maybe the majority of them won’t be blurry and unusable.

Who are we kidding, we probably won’t remember any of that and we’ll just go have fun. Oh well.

If you haven’t been to Oskar Blues in Longmont, pay them a visit. Tell them Bottle Makes Three sent you. That won’t mean anything to them, but we’ll get a laugh out knowing you did it. If you want to kick off your own brewery challenge, use our BMT Brewery, Cidery, and Distillery Map to find a craft brewery near you.

4/2018: We revised this article from the original to fix some outdated links, add more details and to correct more than a few grammatical errors.