All Hopped Up at Bull & Bush

I’ve known about Bull & Bush Pub and Brewery for years, but not only have we never visited, I hadn’t even driven been by the place. It’s kind of off the beaten path in Cherry Creek. Maybe they like it that way, so that only those smart enough to come looking will find this hidden treasure of a pub. It’s certainly not a newcomer to the scene, as Bull & Bush Pub has been around for 40 years, and they’ve been brewing beer on site since 1997. Obviously plenty of others knew to seek them out, because business was good when we stopped by for lunch and some beers on Saturday afternoon. 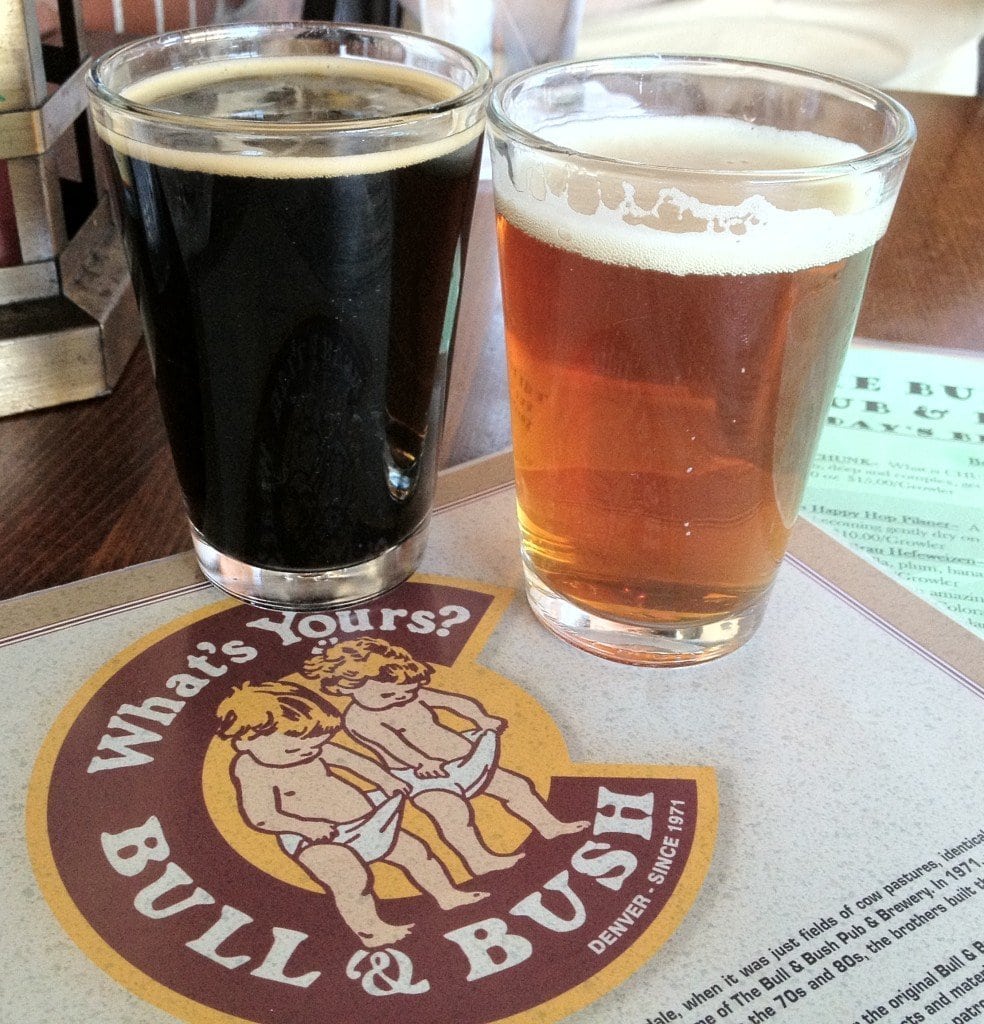 The first thing that I noticed when walking into Bull & Bush was how very dark it was inside. The thing is, we visited on a sunny, beautiful Saturday afternoon. In contrast, Bull & Bush’s bar is fitted with dark woods, dark walls, dim lights, and very few windows. Don’t get me wrong, it was If it wasn’t in such contrast to the outside world, we would have been in heaven in the bar. However, on this unseasonably warm and sunny spring day, we opted for the patio.

Lame as it may sound we came in with a coupon for two free half pints. Mock if you will, but the only thing better than beer is FREE beer, so I make no apologies for taking advantage of any deal that comes my way. Besides, the half pints inspired us to try beers we normally wouldn’t select. We picked two beers that had such awesome names we couldn’t pass them up — the Man Beer, and the Ice Cream Clone Stout. The Man Beer is a smooth IPA, hazy orange in color and with a pleasant citrusy-hoppy aroma and a nice malt/hops balance. The Ice Cream Clone Stout was ohmygod delicious. It was sweet and smooth with the flavor of vanilla and a hint of chocolate…. Yum. With our beers, we had some lunch, and everything was great. We stuck to a few appetizers, which were both large enough to be full meals. Note for next time: get the Rueben, because oh my did this look good. I’m drooling just thinking about it…

Feeling all warmed up by some small brews and food, we decided to jump into the main event, the Whole Hop Infused beers. Let’s not kid ourselves, this is really what we were most excited about from the time we arrived. Here’s how it works: You pick any of the Bull & Bush beers on tap, pick one of the five varieties of local hops, and pick your size (20 or 40 ounces). We selected the Man Beer with Chinook hops, and stuck to 20 ounces.

The beer then came to us in a French Press with the beer already steeping in the hops. We were told we could let the beer steep as long as we wanted, though they recommended no more than 8 minutes to avoid the flavor from turning too peppery. Since it took a few minutes, we shared a pint of Allgood Amber during the wait (and, as the name suggested, it was all good!) After about 5 minutes we tasted the beer steeping in hops, and could definitely taste and smell the additional hops. We poured a bit, and let the rest steep a little longer. You could definitely taste the difference, but beyond the taste, it was really just fun to be dry hopping our own beer at the table. 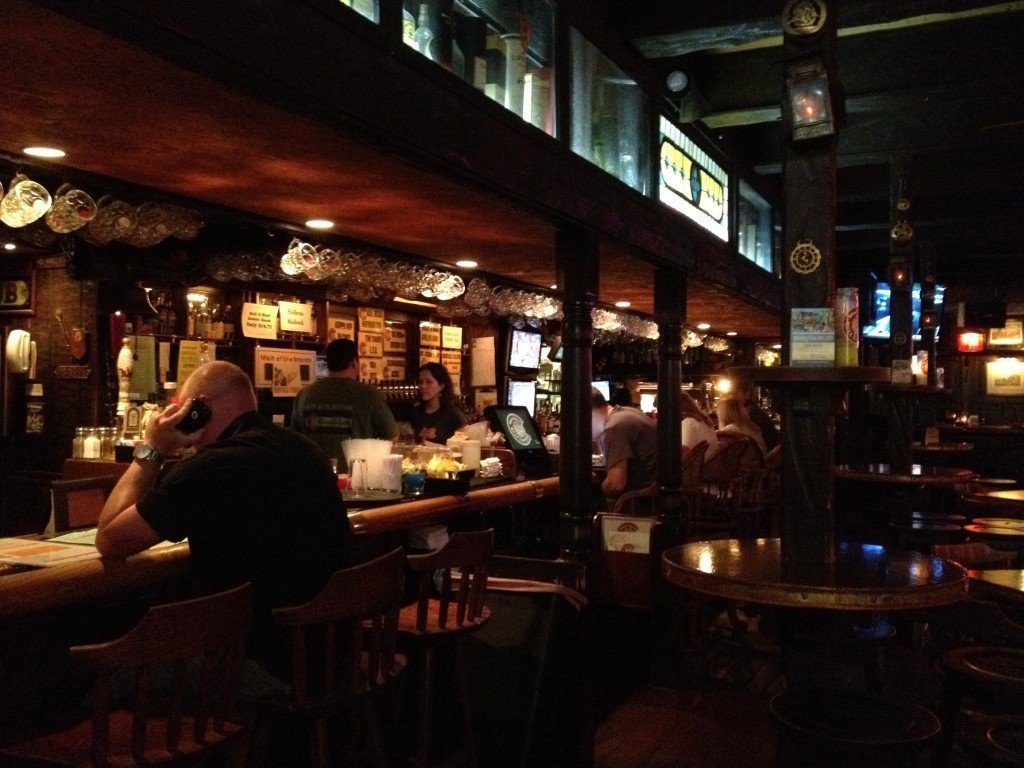 Overall, we both really liked Bull & Bush and will be back. Maybe we’ll visit on a cold rainy day and explore the bar next time.