Happy Birthday to Me (Again) at Odell Brewing

By the time we arrived at Odell’s late Saturday afternoon, this place was packed! Luckily it was a beautiful day, so while a few of our group snagged a table inside, the rest of us grabbed our beers and settled on the patio. It was cool but sunny out, and the patio allowed us to bring in one more member of our gang – Captain Pablo! Dogs and beer go so well together…. 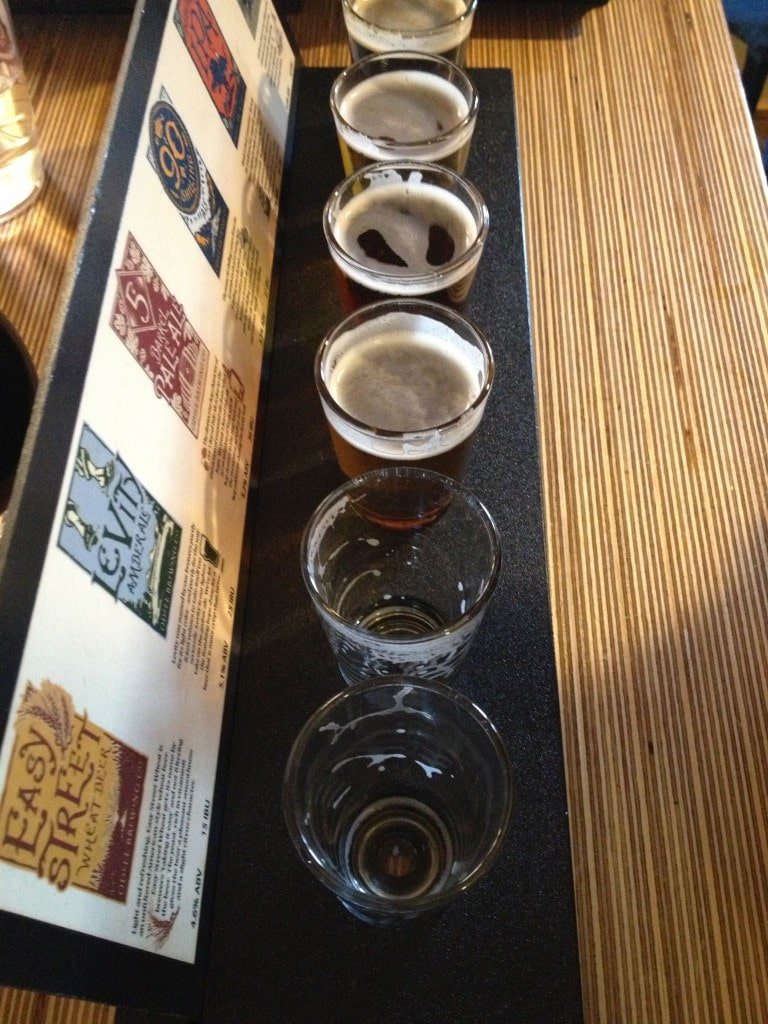 Clearly, the way to go at Odell’s was the tasting flight. With six samples of their top beers, you can’t go wrong. However, there was only one beer I was interested in trying, and that was the Lugene Chocolate Milk Stout. I mean, chocolate milk stout just sounds delightful, doesn’t it? Plus that cow eating chocolate on the logo was just too cute for me to pass up. Score one for Odell’s marketing department. The beer was just a delicious as I’d imagined… dark brown in color, with a smooth milk chocolate flavor with a hint of vanilla. Score one more point for the brewers. I loved it. 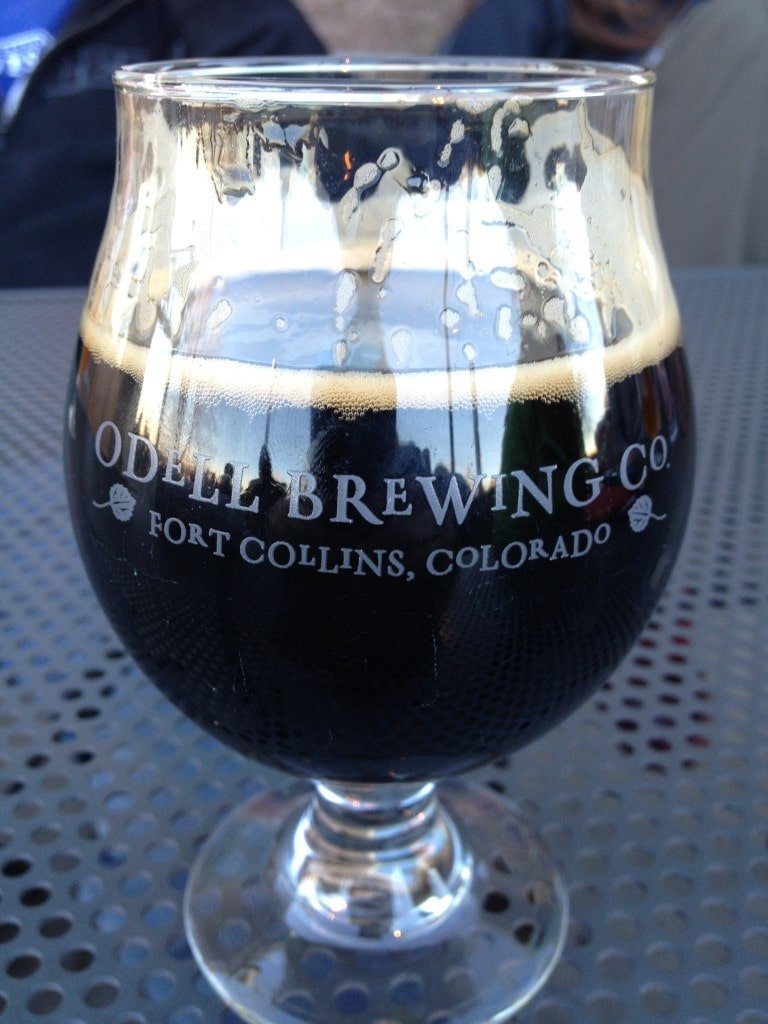 Jeff settled on the Odell IPA, which is a safe choice as it’s already one of his favorites, and a top rated IPA just about anywhere you check. It was fabulous of course. Bright and full of citrusy hop aroma and flavor, this is one delicious IPA. 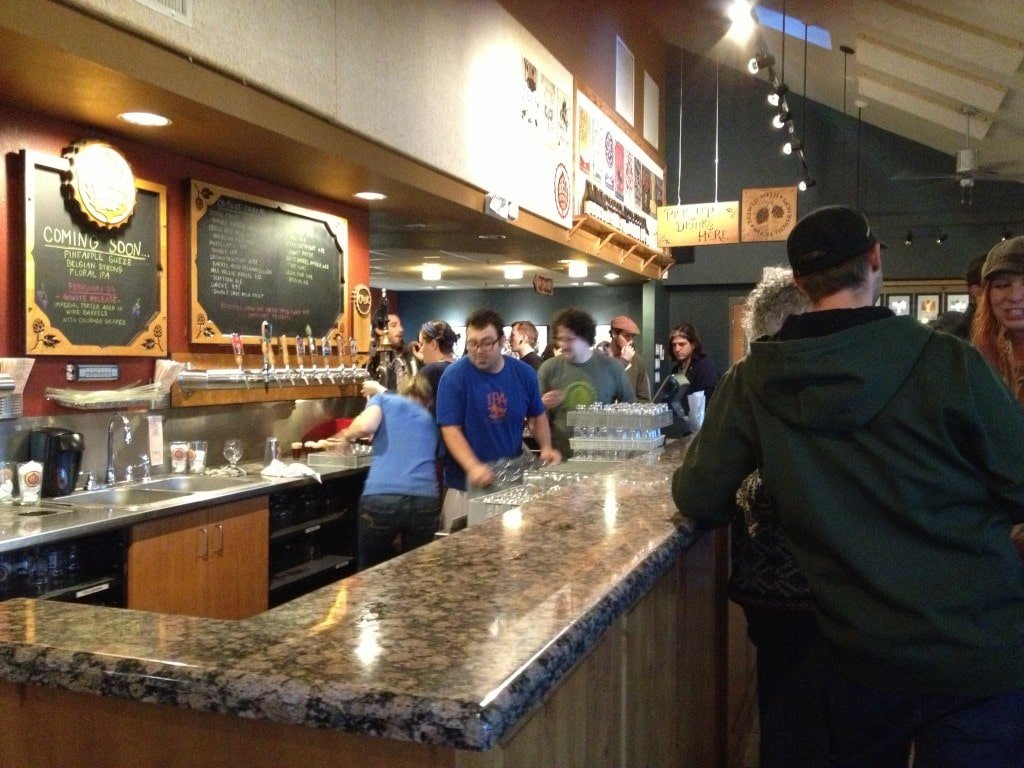 We didn’t spend too much time at Odell’s, given that this was our last brewery of the day and we were all wearing down a bit. However, the night was young! We all booked rooms in a hotel near Old Town, so we could let loose and nobody had to drive. We settled in and headed back out on the town. Our friends Gina & Brian both went to CSU, so first up we hit their old favorite spots. We met Gina at the Rio first for a couple of their world-class margaritas, chips, and salsa. After that, it was across the street to the Trailhead Tavern for beers and wings. In retrospect, maybe bar-hopping after a day of brewery tastings was a crazy idea. At some point in the night, we were chomping down on candy cigarettes (true story) and playing an incredibly sloppy pool. It was a hot mess and a lot of fun. 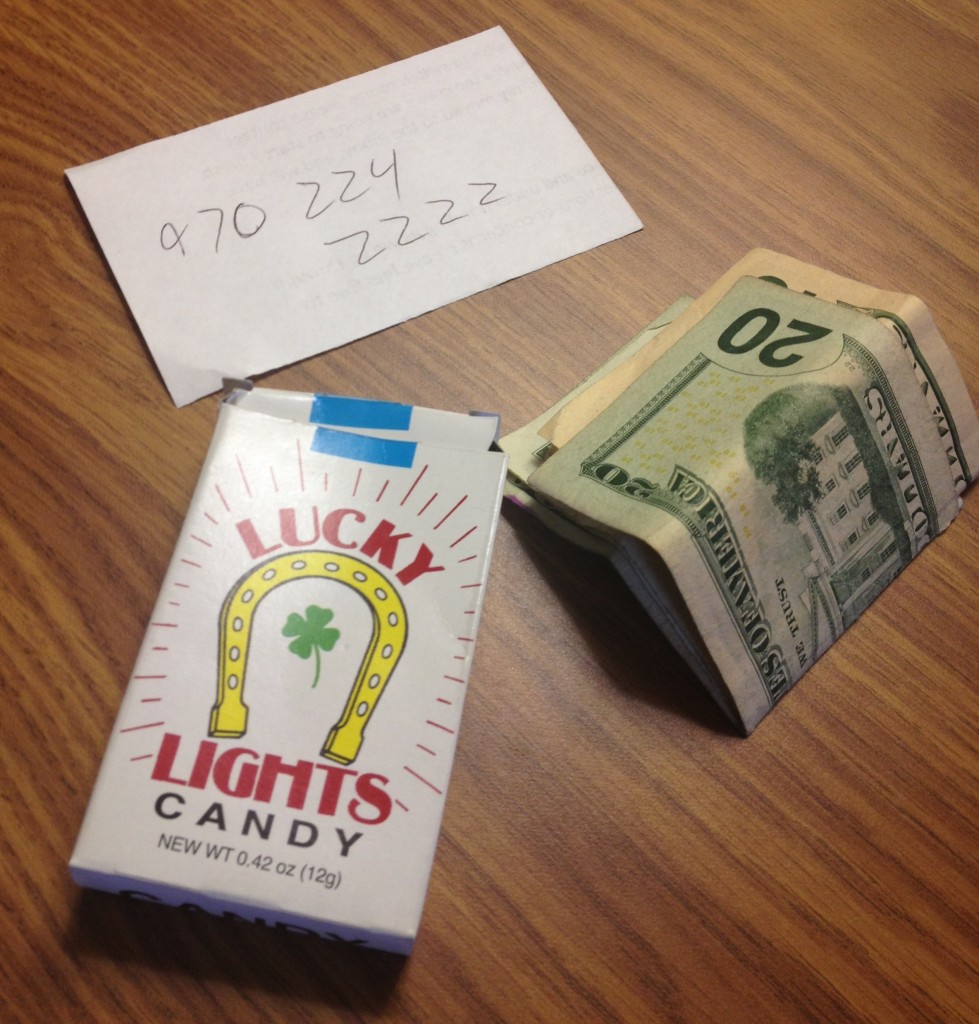 We hit a few more local bars after the Trailhead, and then some of us checked out for the night and cabbed it back home. The rest of us hit Ace Gillett’s Lounge for a nightcap. Below the Armstrong Hotel, this place was probably a bit more high-class for some of us (me) but it was amazing. Live jazz, incredible cocktails. I definitely want to go back when I’m slightly less buzzed and I can really enjoy the place. Hey, I’m more than just a beer geek, I can be a classy broad too. Besides, the one cocktail I had, the Jellyroll, was like creamy liquid pb&j. Sound gross? Shut your mouth, because you’re wrong! It was heavenly and the perfect end for my night. 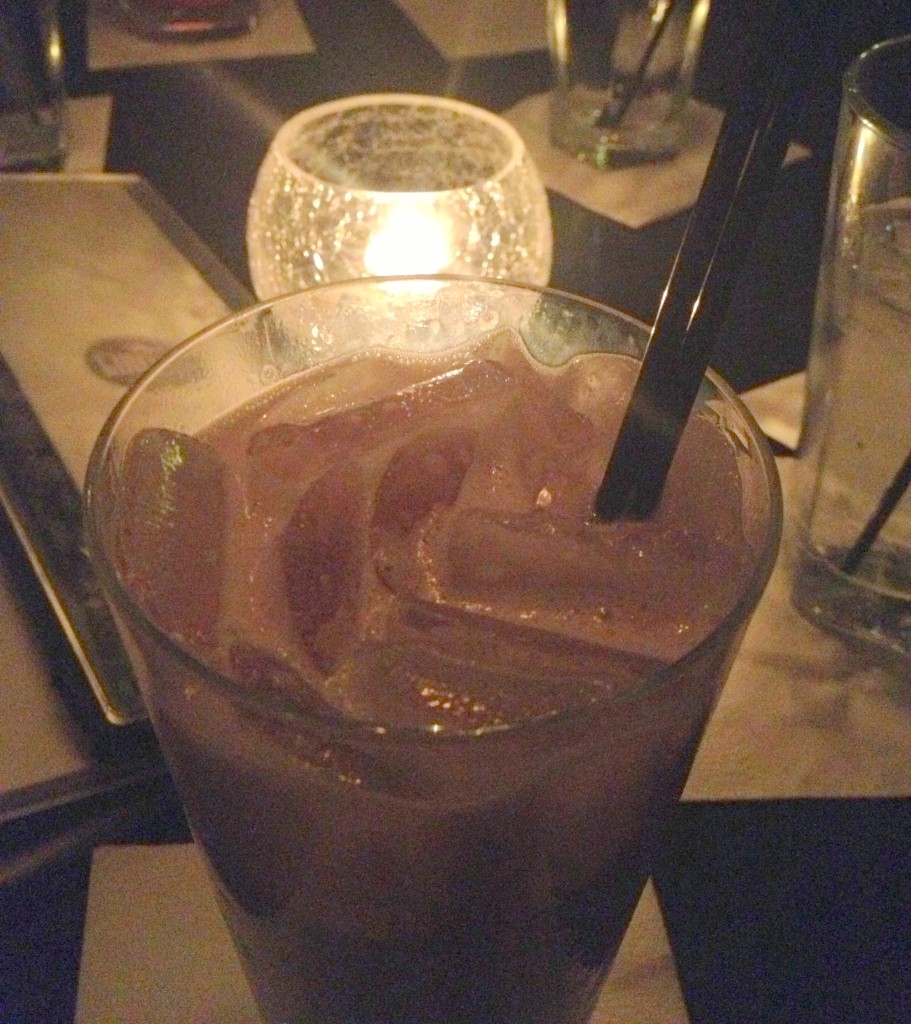 We had a phenomenal time in Fort Collins, and really thank all the friends who were there to make this such a fun & festive weekend. We’ll surely be back to Fort Collins this summer to visit those breweries we keep missing. 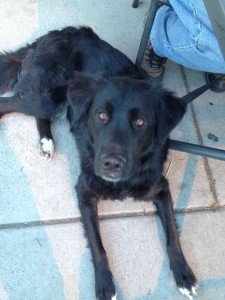 A Word From the Rascal about Elevated Wood