Written by Chris in Breweries, Just Because

On March 1st, Bottle Makes Three celebrated our first year anniversary! Where has the time gone? Well, we certainly couldn’t tell ya. In fact, we didn’t realize we passed the one-year mark until several days later. I guess time really does fly when you’re having fun!

A Look Back at BMT’s First Year

When we started our modest little website it was to document all the fun times we were having, most often over a nice cold craft beer. We loved Colorado beers and breweries, so one of our goals with this site was to visit as many breweries as we could, writing about our adventures along the way. For a nanosecond, we thought maybe we could visit them all in a year. Ha! Clearly, we were drunk or delusional when we set that goal. Still, we did what we could and made a dent, albeit a small one, in our goal to visit all the great breweries in Colorado. Here are our stats:

Obviously, with the number of new breweries opening, we need to amp up our visits if we’ll ever reach them all! However, we aren’t hyper-focused on that goal. We love to visit new places, but sometimes we just want to visit an old favorite. In fact, we spent our anniversary revisiting a local brewery in Denver, Copper Kettle Brewing Company. True, we didn’t know it was our anniversary until a few days later. However, we spent our 1st Anniversary enjoying some truly great beers with a few truly great friends. What more could we ask for? 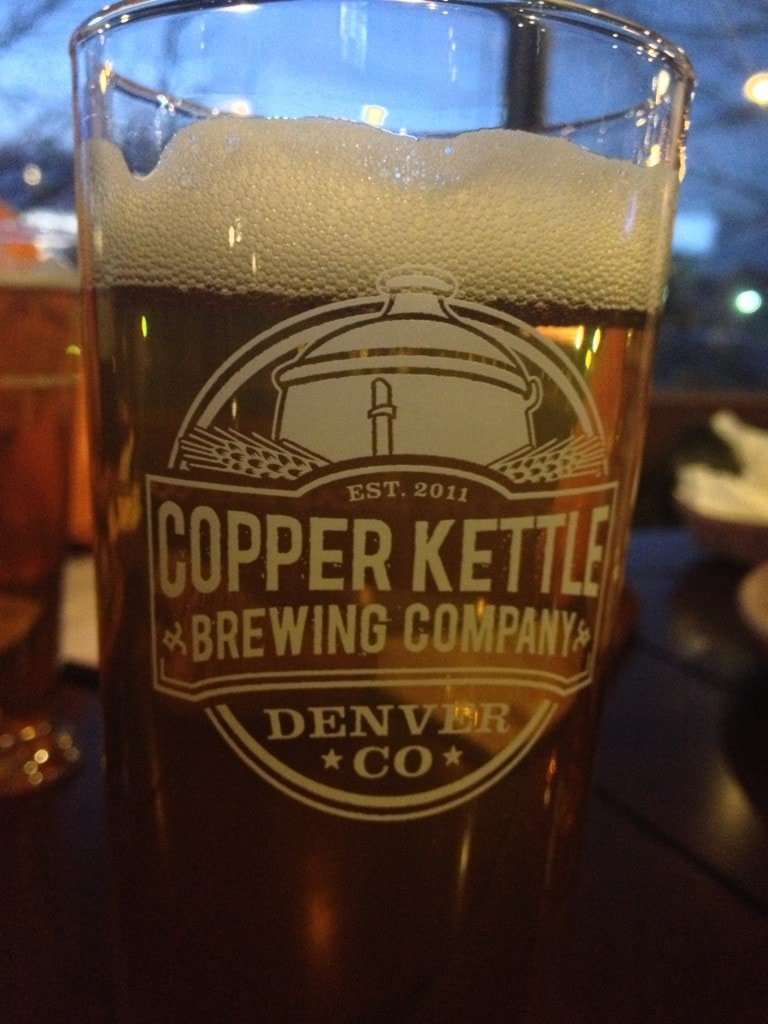 Our only previous visit to Copper Kettle was for their 1st-anniversary party last summer. We knew they were good, but during this most recent visit, we learned why this is one of the top new neighborhood breweries. First, all the beers were really, really great. I started with a sampler of beers I wasn’t sure I would like, just to try a few styles I don’t usually select. My sampler included 4 brews: the Bavarian Helles, the Dreaded Britt, the Smoked Porter, and the Mexican Chocolate Stout. I was most excited about the latter, given that the Stout won Gold at GABF in 2011. However, it ended up that I loved the other three even more. The Helles was light and refreshing, perfect for happy hour. The Dreaded Britt was a deliciously malty and well hopped ESB. The Smoked Porter I was most scared of since I don’t typically care for smoked beers. However, Copper Kettle’s Smoked Porter had a wonderful smokey aroma and light flavor and was far from overpowering. Finally, the Mexican Chocolate Stout was a surprisingly spicy brew, with a warm chili pepper finish that sneaks up on you. They were all good, but the Helles was my favorite. 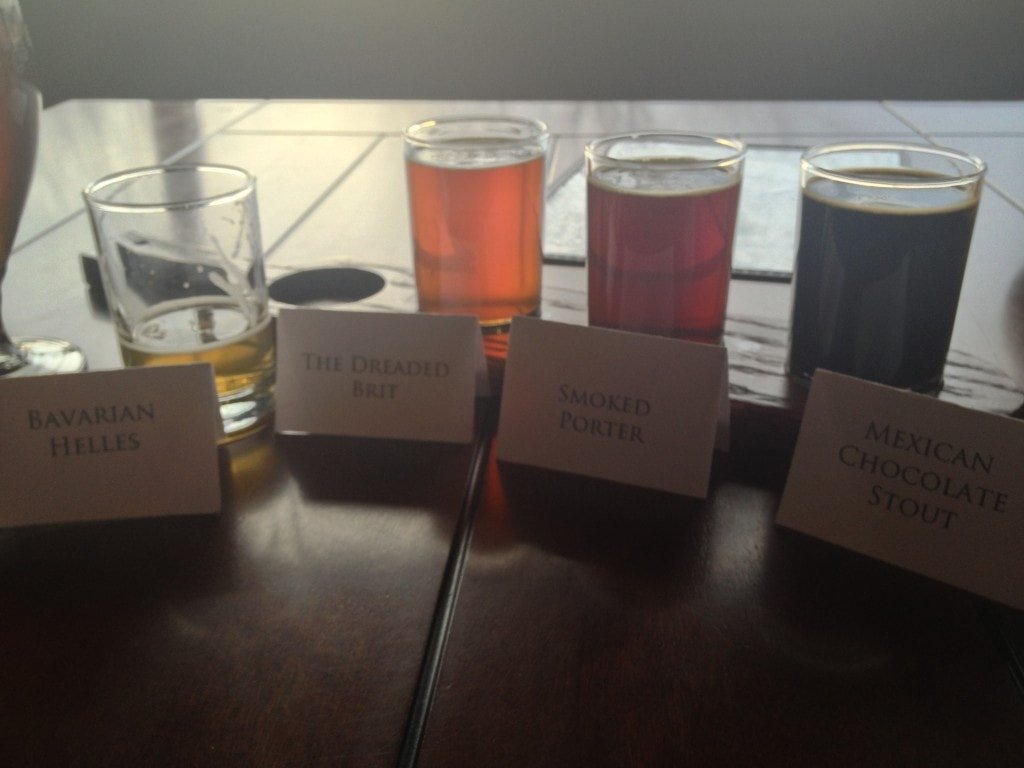 As for Jeff, he first ordered the Copper Hopper IPA which he really enjoyed. Hoppy, but not ridiculously strong, I was certain he’d drink this all night. However, the surprise of the night was that Jeff really loved the Dreaded Britt ESB. It’s a testament to the great beers of Copper Kettle that we both loved beers outside of our normal favorite styles. Nicely done CKBC!

I must say, this was one of those rare Friday nights when nothing was planned, but the evening ended up being perfect. ShawnyB and JessiFunn joined us for beers and loved their brews as much as we did ours. Copper Kettle had an amazing food truck, Still Smokin’, which ended up being dinner. If you have the chance, get a pulled pork quesadilla from Still Smokin’ – you will not be disappointed. The beer, the food, and the company were perfect for a first anniversary, even if we didn’t realize what we were celebrating at the time. 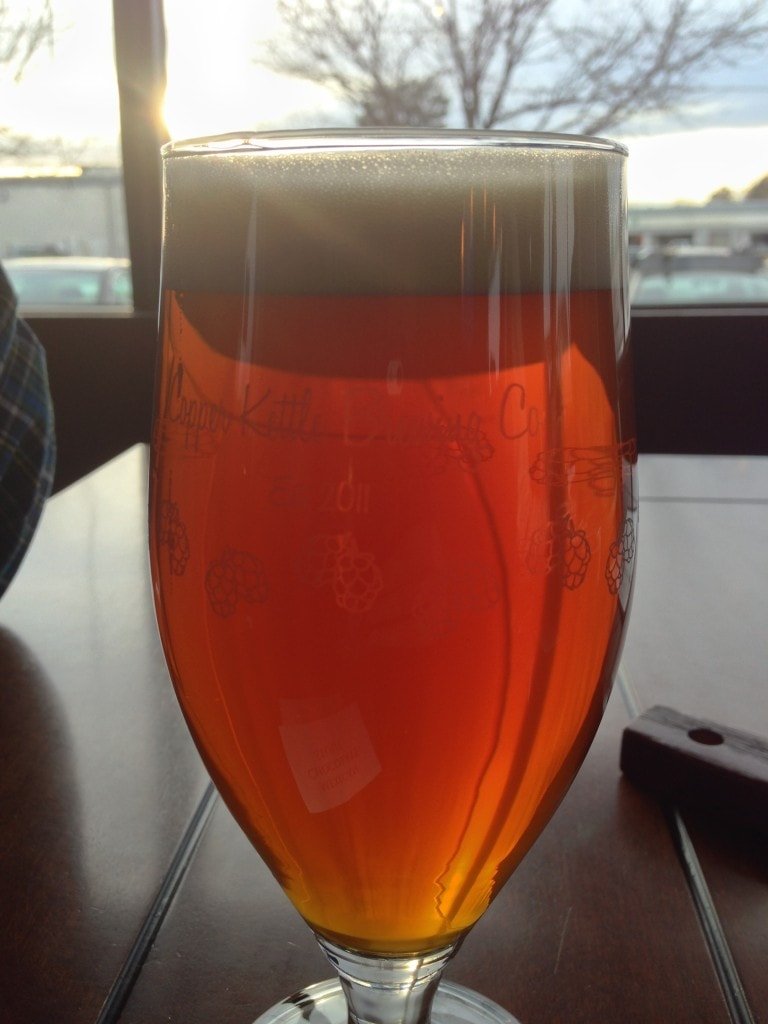 So, with one year behind us, we wanted to thank everyone who helped make this year so much fun! We cannot wait for all the good times the next year will bring!

Beads, Barrels, and lots of Beer!

Our Quest For Pliny the Younger