It was Wednesday, March 13th.  We weren’t supposed to arrive until 8 pm.   The Facebook instructions were very clear:  World of Beer in Cherry Creek was opening their doors at 8 pm for their Facebook Fans.  This invite-only party would include beer of course, but also prizes and giveaways.   Rumors swirled that some Cigar City beers would be given away.  Cigar City is my Holy Grail of beers.  We had to be there at 8 pm.

But here’s the rub:  we don’t follow rules.  Perhaps it’s our rebellious nature, or maybe it’s just because we had no place else to go.  Regardless, we arrived at 7 pm.   Surprisingly, the bar was already packed, and patrons had spilled out on to the patio.  The door was propped open.  We decided to make a break for some beers. 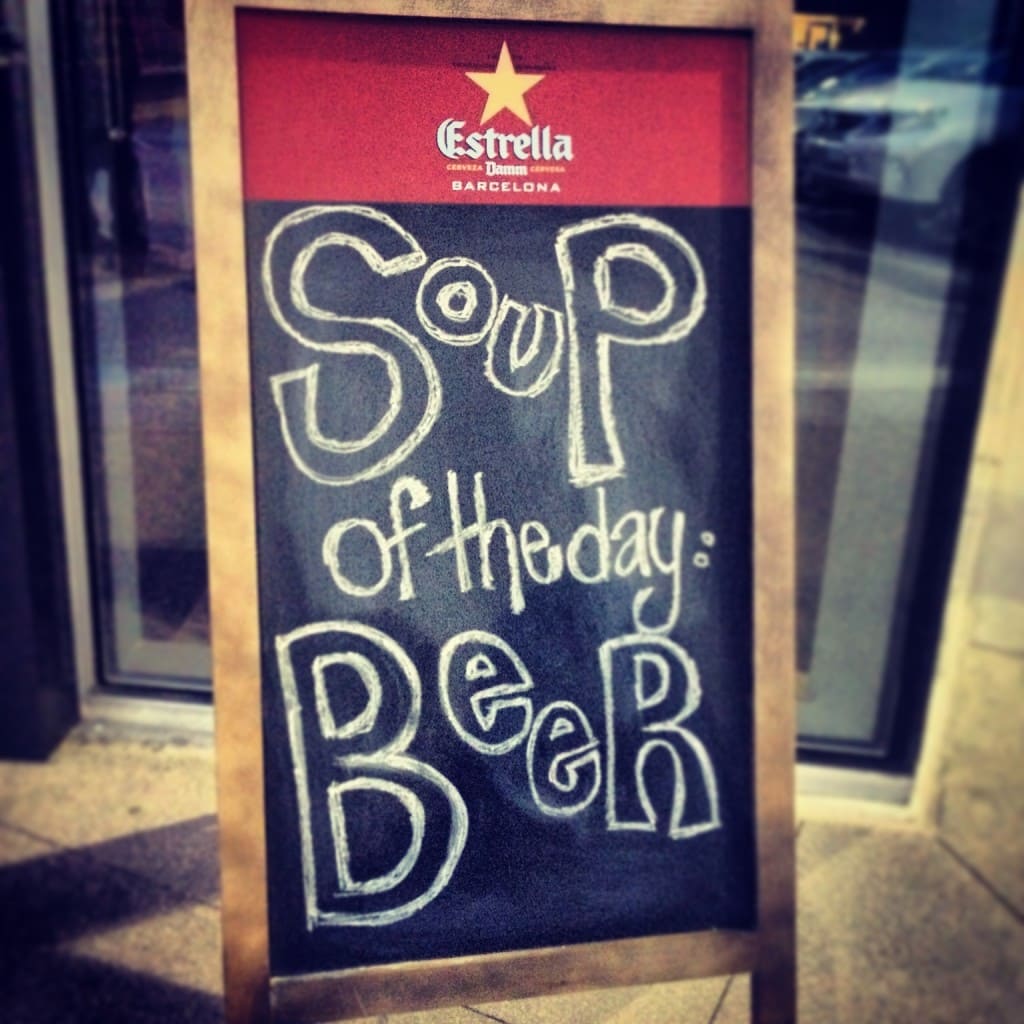 We were expecting to get turned away at the door; instead, we were given 2 tickets.  Raffle tickets?   Oh no.  These tickets were sure winners, as they were for 2 free draft beers!  We fought our way to the crowded bar and ordered, fearful that at any moment they would realize we weren’t supposed to be there and send us away in shame.  Instead, a cheerful blonde bartender took our order, offering us a choice of one of the 50 amazing craft beers on draft.  I ordered the Port Brewing Shark Attack, a double red ale.  Jeff got the Bear Republic Hop Rod Rye.  Drinks were exchanged for tickets, and we quickly escaped to the patio to sort out what the hell was happening. 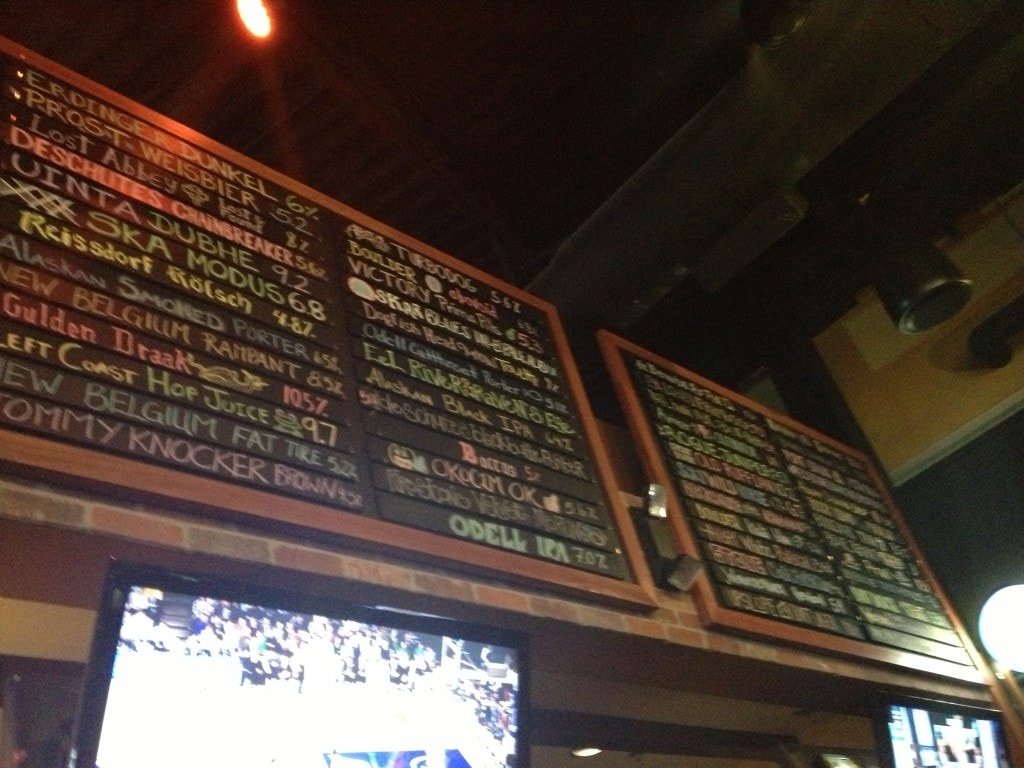 The beers were both amazing.  Both hoppy, both delicious, and mysteriously, both free.  We enjoyed an unseasonably warm evening on the patio with our beers and some new-found friends.  After round one we went inside, just as the World of Beer manager was taking the microphone to address the crowd.  Oh no!  Did he figure out that they botched daylight savings time and it wasn’t 8 pm?  Did they suspect some outsiders crashed their party?  No, but the news was even worse.   The announcement said that they appreciated everyone coming out, but the World of Beer would have to close at 8 pm.  More words were said, but who could listen as confusion caused our heads to spin.  What was happening?  We weren’t supposed to be here until 8 pm, and now they were closing?  This was all very confusing, but we thought maybe our next round of beers would help us figure it out.   For round two Jeff had that Hop Juice by Left Coast Brewing.   I took the suggestion of a friendly WOB employee and had the Ayinger Celebrator by Brauerei Aying, a deliciously rich brown doppelbock from Germany.   Now that we had two more free beers, it was time to solve this mystery.

We settled into a few open seats and took a look around.  There were a lot of beers, that’s for sure.  Not only 50 drafts but hundreds upon hundreds of bottles.  500 beers in total, so they claimed.  We also saw an awful lot of local brewery personnel on site.  You can always spot a brewer, with their facial hair, beer shirts, and hats, and mostly by their jovial “my jobs kicks ass” aura.  The staff of Dry Dock and the Brew Hut shared a table with us.  Also on hand were staff from Oskar Blues, and perhaps even Left Hand.  Just at that moment, we ran into the local New Belgium sales rep, who we recognized from the Brew Crew event at Stoney’s last week.  We chatted him up for some clues and determined that we crashed the “Friends and Family” soft opening party.  Let me be honest here:  This wasn’t the first time this has happened to us, and likely, won’t be the last.  So the first mystery was solved, but we were left to ponder another:  Why would the World of Beer be closing at 8 pm when nearly a thousand Facebook fans were invited to come at that precise time?  What were they hiding?

Unfortunately, that was going to be a mystery left for another day.  It was 8 pm, and as the saying goes, we didn’t have to go home, but we couldn’t stay here.  So we went home, knowing this was far from over.

Update: The Grand Opening was rescheduled, and we did return. Did we get answers about what happened? Read our World Of Beer Take Two post to find out!