A Tale of Two Beer Festivals

There is no lack of beer festivals in Colorado during the summer, that’s a fact. It a downright beerapalooza all summer long! There are beer festivals galore – big and small, indoor and outdoor, for profit and for a purpose. In seven days we managed to hit two separate beer festivals: the Breckenridge Summer Beer Festival in on Saturday, July 13, and the Hops for Habitat Brewfest on Friday, July 19. How did they stack up? We’re so happy you asked…

First up was the Breckenridge Summer Beer Festival in Breckenridge, Colorado. This has always been one of our most anticipated beer festivals and we’ve attended the Breck Fest several summers running, including just last year. Being in Breckenridge is certainly part of the draw, as we love the town and look for any reason to visit. The festival itself has always been a blast, too. Last year it poured rain for an hour and we still had the best time ever. Previously the festival has always been held at Main Street Station, which offers beautiful views of the mountains right on the lakeside. Rain or shine, you could count on great beers, some kick-ass live music and breathtaking views, all in a comfortable and charming setting. 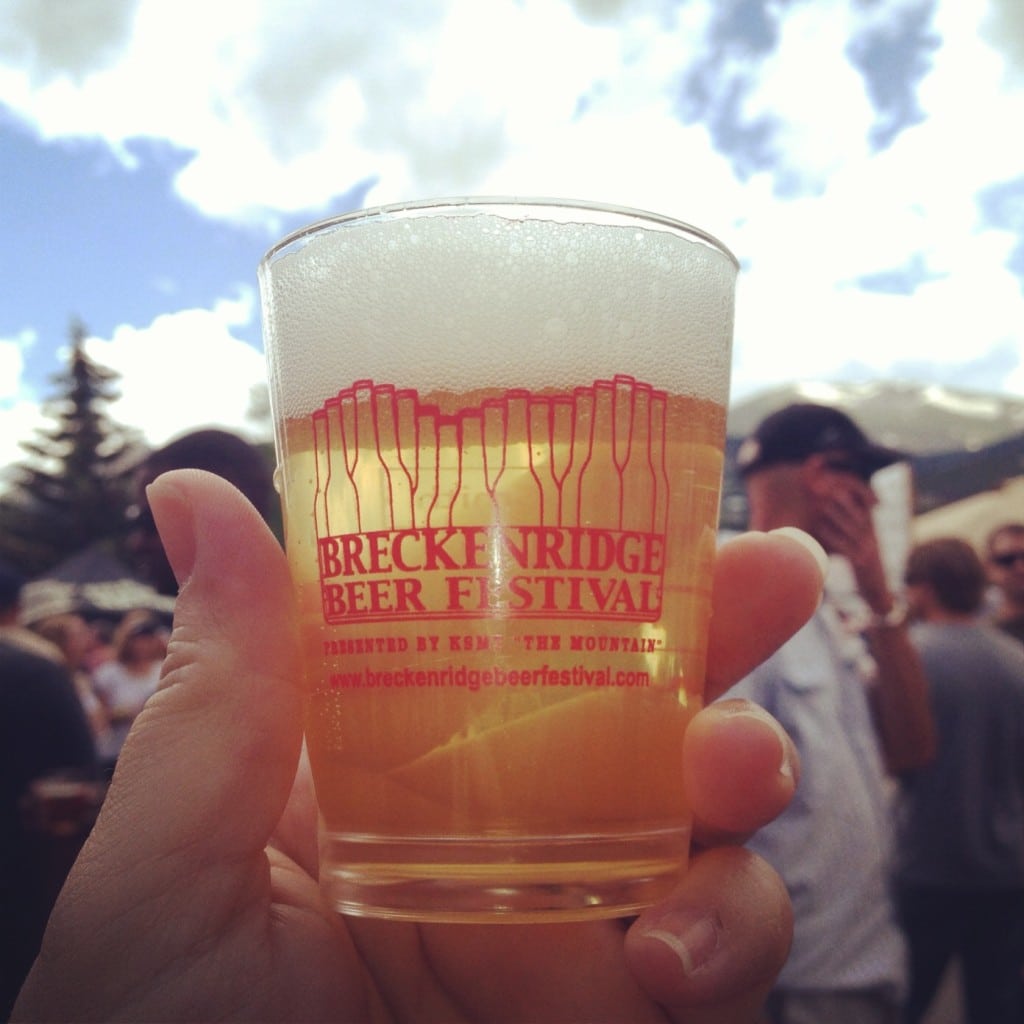 This year, we were delighted to be joined by our buds – ShawnyB and JessiFunn. They’ve heard us go on and on about how awesome this festival is, so when they finally agreed to join us, the pressure was on for it to be a good time. And let me say this first – it was a good time. Just good. Apparently, the Summer Beer Fest made some changes this year. Unfortunately, we didn’t really love the new and improved Summer Beer Fest. Let’s hope it’s just growing pains, but it just wasn’t the same fun beer festival.

Bottom line, the Breckenridge Summer Beer Festival has grown too big to be the same charming beer fest we know and love. First, they moved from Main Street location along the lake to a two-block span of Ridge Street. Yes, this means more space and more breweries, but with this change, they also lost much of the charm that made us love this festival. Their website says they went from “over 25” breweries in 2012 to “over 30” breweries in 2013. Clearly, that’s a good thing. But what they didn’t say is that they must have sold at least twice as many tickets than previously because there were big crowds and big lines. OMG, the LINES! There were long lines for any and every beer. At one point we counted over 30 people in line for Goose Island beer. I mean, seriously, that is just a buzzkill. Unfortunately, all that time in line meant we didn’t really see any of the live music since the stage was set in the middle of the two blocks with the breweries each stretching down the blocks. It was getting a beer and get back in line, all festival long. Eventually, we got tired of waiting, left early and just went to Breckenridge Brewery to drink without the wait.

Don’t get me wrong, we did still have a really good time at the Breckenridge Summer Beer Fest. The weather was perfect, with just enough rain to cool us down before the skies cleared and got sunny again. The people at the Beer Fest were all fun and friendly, and the plus to lines is that we got to chat everyone up during our waits. The breweries in attendance for this festival are always great, and this year was no exception. There were breweries from Colorado large and small, as well as several awesome breweries from out-of-state. With all those beers and with our friends in tow, of course, we had a boatload of fun! Will we go again next year? Time will tell.

Fast forward six days to Friday, July 19 and it was time for the 6th Annual Hops for Habitat beer tasting fundraiser for the Plains Conservation Center in Aurora, Colorado. Once again we were joined by Shawn and Jess, and this time we brought my cousin Geoff and his friend Greg who was visiting from Florida. What better way to let them experience the outdoors and beers of Colorado than a beer festival, right? 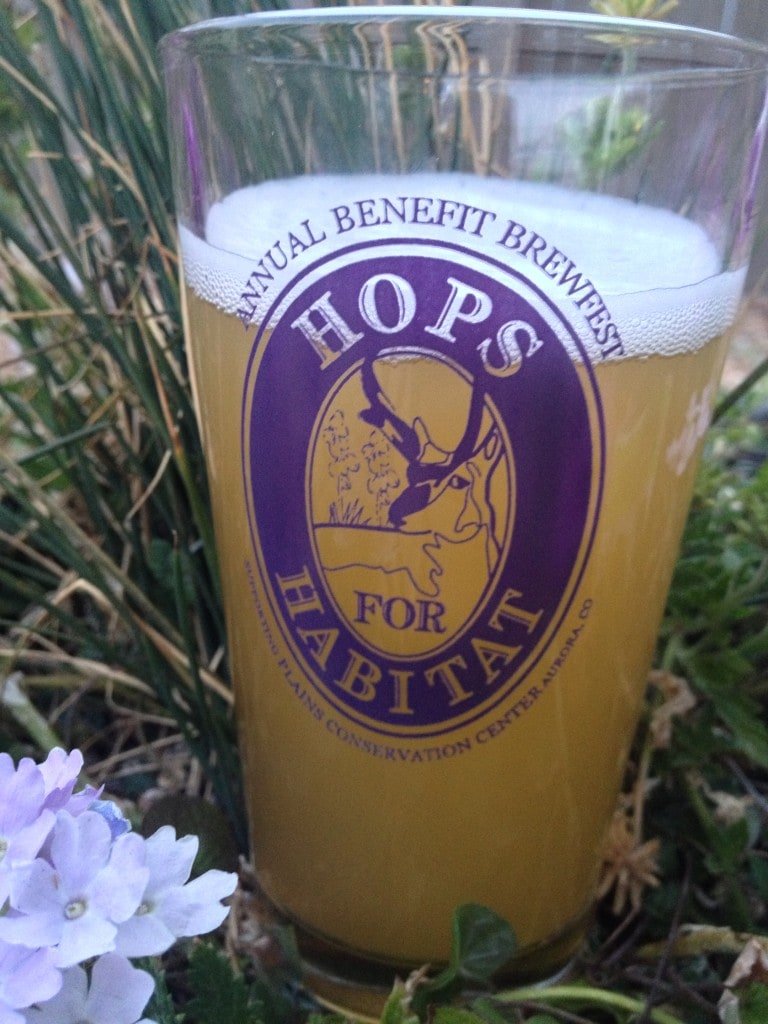 We arrived at the Plains Conservation Center with no expectations. It was a beautiful, warm summer afternoon and the Plains Conservation area was actually very nice. We weren’t expecting much but flat land, but were surrounded by natural grasses, a few prairie dogs and bunnies, and of course, beer! According to the website, there were “dozens” of breweries in attendance. Again, nobody counted, but it’s safe to say there were less than the weekend before, while still being plenty to choose from. They only had Colorado breweries pouring, and the beers were mostly all very good. Best of all there were short lines, if any, for refills. We only waited in one fairly long line, and that was late in the evening when several of the vendors had run out of beer. We were able to try every brewery at least once and found some really amazing beers. Surprisingly, the favorite of the night was the Wild Turkey Barrel Conditioned Stout being poured by the Denver Chophouse and Brewery. YUM. Many of us went back for seconds… or thirds… or more. Don’t you dare judge us, you know you would have done the same.

In addition to beer, Hops for Habitat featured some really good live music, mostly bluegrass, set up in a stage surrounded by picnic tables. There were also several food trucks to keep us fed and happy. If you were feeling really festive (or drunk) you could dress up and get photographed in what I assume was traditional garb of the plainspeople? Is that a thing? I don’t know what that was about, but if you wanted to wear an apron and a bonnet and hold a pitchfork, a la American Gothic, you could and they would snap your pic. There was also a game called Prairie Pong, where you got to use a giant slingshot to try to hit various targets to win prices. Of course, it was awesome, it was a giant fucking slingshot! Corny stuff, maybe, but all a lot of fun … especially after a few beers.

I think it’s safe to say that we all had a great time at Hops for Habitat. Oh, and we got to play in teepees! Mother-freakin’ teepees! It was a blast, all for a good cause, and we will be back next year. Until then, we’ll just hang out in these teepees…