Written by Chris in Events, GABF

It’s that time of year again: The Great American Beer Festival. This year the BMT crew didn’t buy tickets to attend, but we will be volunteering on the Brew Crew pouring beer all three days. We don’t find out until tonight what brewery we’ll be assigned to, but we aren’t worried. In our four previous years pouring for GABF we’ve never had a bad assignment or a lousy time. It’s the most fun you can have volunteering, and although we’ll be exhausted by the end of it, we love having the opportunity to be a part of this incredible event. 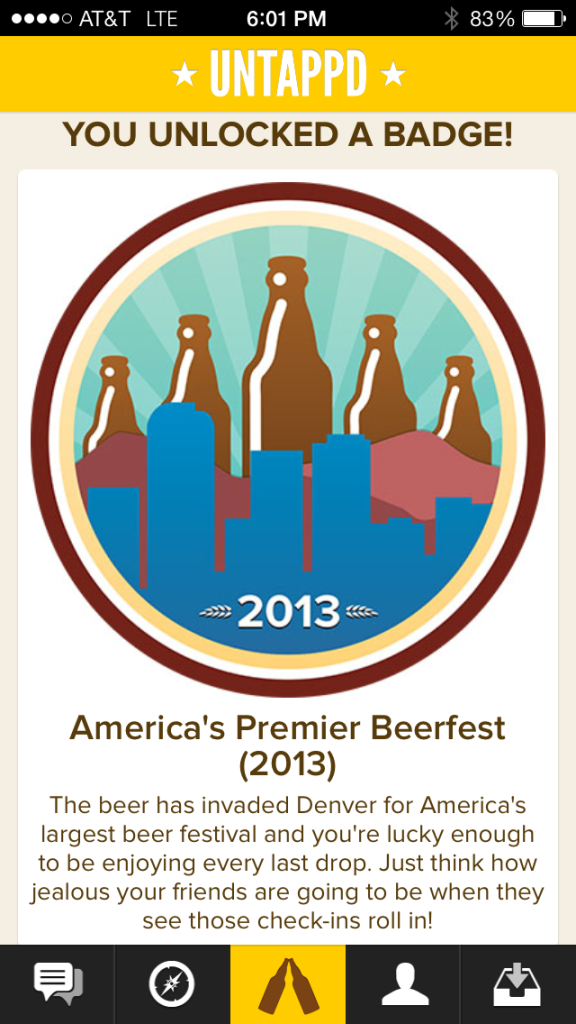 If you’re attending GABF this year, then like us you’ve probably already strung your pretzel necklaces and picked out which beers and breweries you’re going to make sure to taste while you’re in the convention center. The GABF has an awesome app this year – My GABF – which lists all the breweries, beers, styles and even makes recommendations for several different types of “beer tours.” You can go in today to make your list of must-have beers, and the app will map them all out for you. It’s the perfect complement to the festival since the massive size and variety of beers can make it easy to lose track of what you’ve tried. It will also update you on awards given, so you can try to taste those beers, too! The app can also keep you focused so you hit those popular spots first before you get a good buzz and just give in and wander aimlessly through the hundreds of beer booths. Just be careful that when you’re fumbling with your phone you don’t drop your cup, or you will hear about it…. 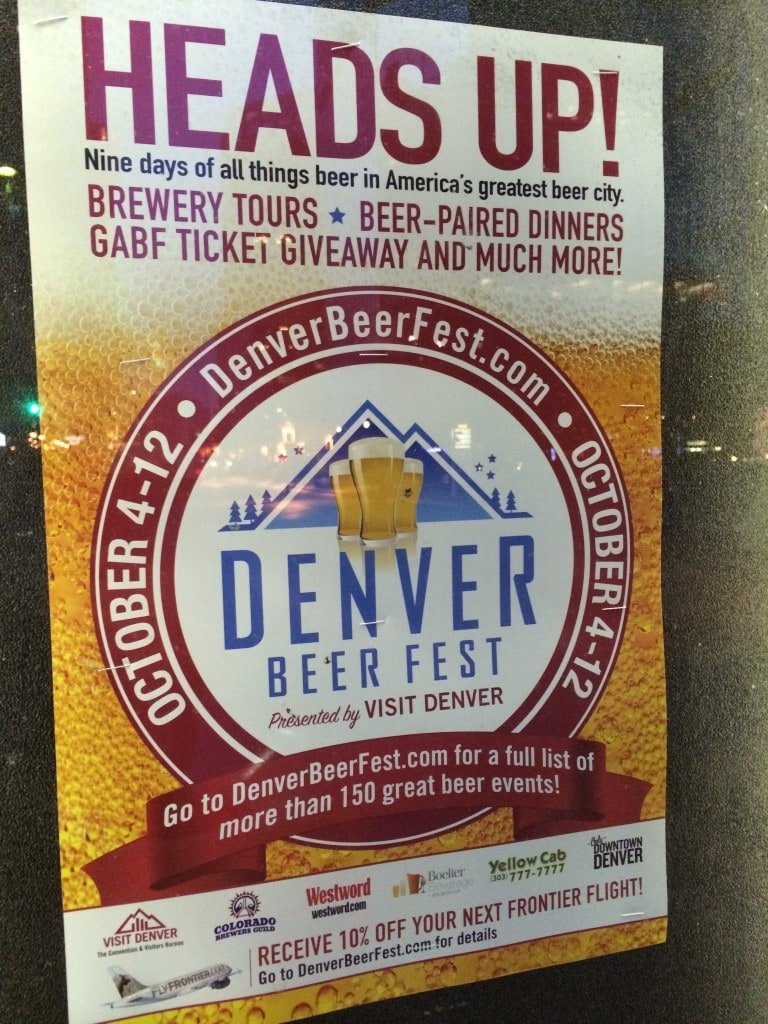 If you don’t have tickets to the GABF sessions, don’t despair! There are plenty of amazing beer festivities all over town as part of Denver Beer Fest. Denver Beer Fest has expanded the GABF party by combining a ton of fun beer-themed events from October 4th through October 12th. Check out their event page for more than a hundred special events, tastings & tappings all over the city – many with no ticket or admission required. If there is a special brew you’ve been wanting to try, chances are you can find it somewhere during Denver Beer Fest, even if it’s not normally available in Colorado. Take Cigar City, for instance. There are going to be Cigar City beers at several local bars and restaurants this week. You can bet we’ll be there… will you?

There is so much happening, you have no reason not to get out and enjoy some of the beer fest-festivities!

Speaking of festivities, we started our Beer Fest week last night with the Brewer’s Alley event thrown by Rialto Café. Brewer’s Alley was a micro-fest, featuring just 5 breweries. But what great breweries they were! Bristol, Boulder, Upslope, Renegade, and Ska were all there, serving a few of their classics and some really great seasonal beers. Some of the great beers we got to enjoy were the Autumnal Mole Stout from Ska, Upslope Pumpkin, Chocolate Stout and Dragonhosen Imperial Oktoberfest from Boulder Beer, and a delicious Wit from Bristol Brewing. Of course, we also had plenty of our favorites from Renegade: Elevation, 5:00 Ale, and Redacted. Rialto provided an endless stream of foods to compliment the beers, such as ahi tuna, pulled pork, empanadas and of course, warm pretzels with fresh cheese sauce. This alley concept was intimate, fun and festive – hopefully, it will become a tradition.

After the Brewer’s Alley, we also stopped by Stoney’s Beer Week festivities for the Battle of Fort Collins.  With New Belgium and Avery facing off, could there really be a winner?  Yes, actually… it was us. We got to try some amazing beers from both breweries, so regardless of who sold out first we were the true winners.  Stoney’s also provided an impressive smorgasbord of barbecued meats, game, and sausages.  That place really knows how to throw a party.  We love Stoneys!

Today we hope to get a few more festivities in before our first shift at GABF. Expect that we’ll be hanging around Freshcraft today for the Cigar City/New Belgium collaboration beer tapping. We may also pop over to Falling Rock, assuming we can get in the door. Tomorrow we have plans to get more Cigar City at Hops & Pie… and who knows what other fun events we’ll happen upon.

We hope that if you go to the GABF or not, you get out and enjoy the perks of living in the Denver area by taking advantage of Denver Beer Fest week. The upside to not attending the GABF sessions is there is tons of other events going on, even during the session times. It’s a big plus for people without tickets. The downside is that you just can’t do it all. It’s a crazy weekend so we’re going to try to fit in all we can. By Sunday, we’ll be exhausted and our liver will likely be on strike, but it will be totally worth it.