We’ve been hearing about Diebolt Brewing on the beer blogs and even tasted their beers at some beer festivals. The buzz about them was great, as were the samples we tasted. Clearly, Diebolt Brewing was long overdue for a visit, so we set out to check them out in person.

Diebolt Brewing is located in the Denver Highlands neighborhood called Sunnyside, their building is a small, brick, industrial-type stand along just off 38th Avenue. This is a neighborhood spot in every sense of the word, given there are literally homes just across the street from their location. They embrace being a neighborhood hangout too, and when you walk in you instantly feel comfortable and at home. Diebolt is also a family establishment, run by a father-and-son team who were very warm and friendly to us from the moment we walked in the door. Just to set the mood we should say it was also crowded and loud-as-fuck in there on the day we visited. A limo full of folks wandered in just behind us and definitely brought the party atmosphere with them. Yep, it was loud and crazy and just like being with family. 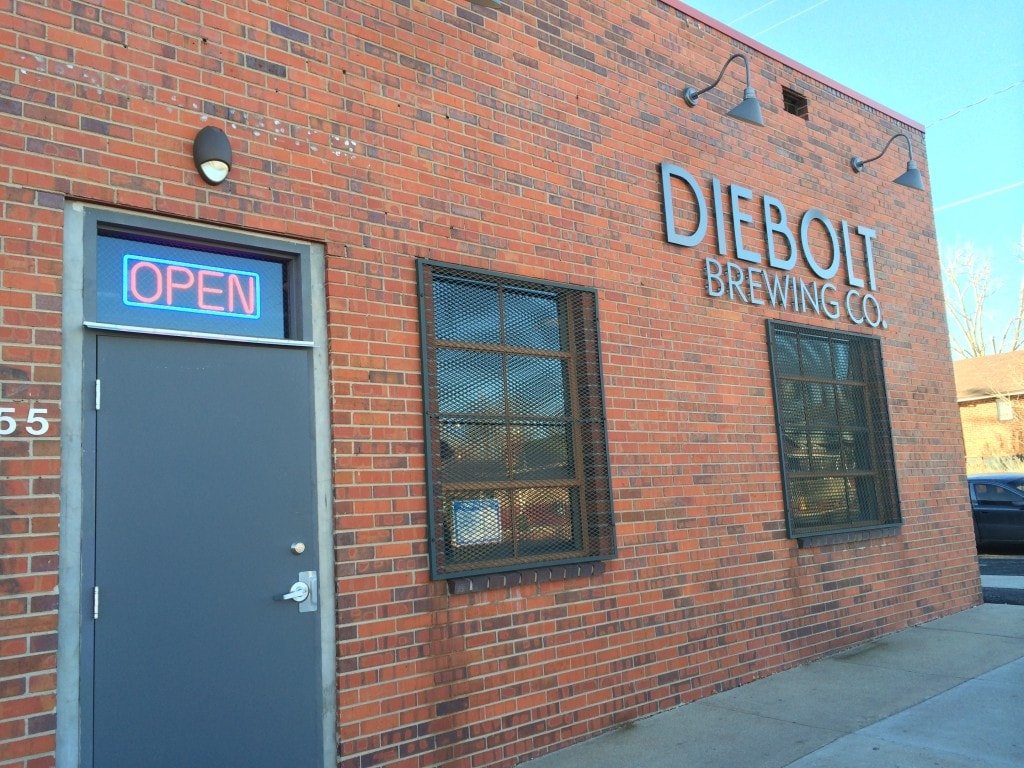 The Diebolt family has French ancestry and this has certainly influenced some of their beer styles. On the day we visited they had a French Ale and a Biere de Garde on tap. That made me a happy, happy girl since Biere de Garde is one of my favorite styles and isn’t often represented in the smaller craft breweries. I already liked this place. 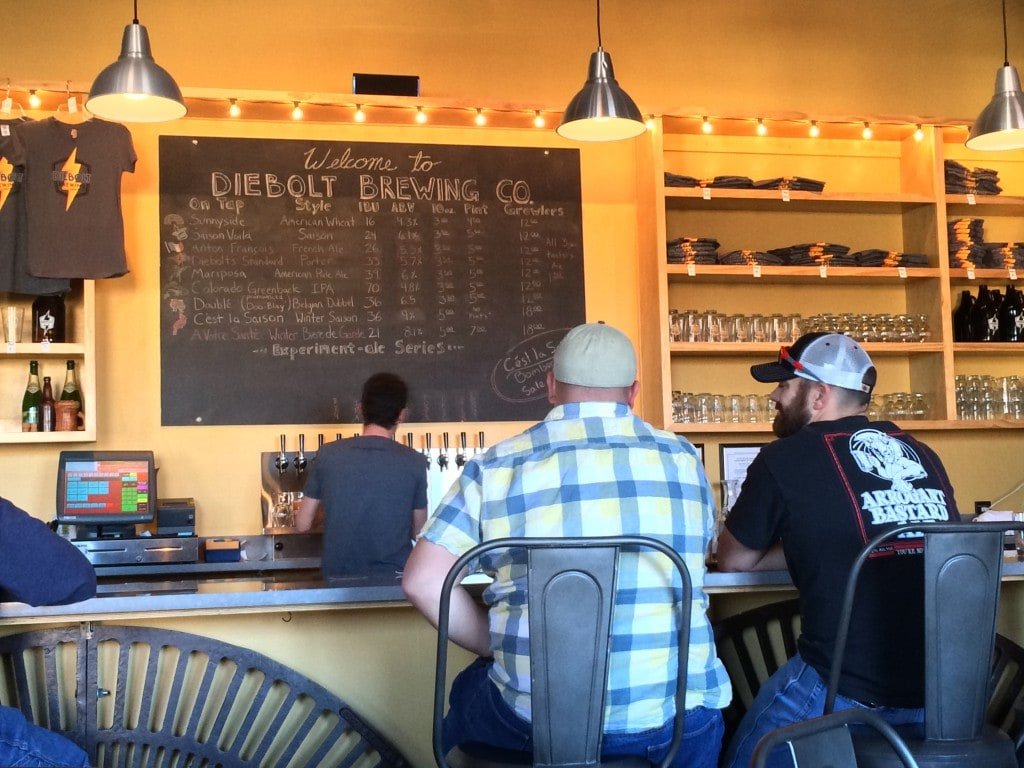 Why we didn’t get a flight of all the Diebolt beers still boggles my mind. I think we were on our way somewhere else and had to keep things light, so we only had a couple of their brews. We started things with the C’est La Saison because, if I’m being totally honest, I loved how the name rolled off my tongue. Say it out loud: C’est La Saison. C’est La Saison. Damn, that just feels nice, doesn’t it? The beer was as delicious as the name, but watch out, it also packed a punch at 9% ABV. 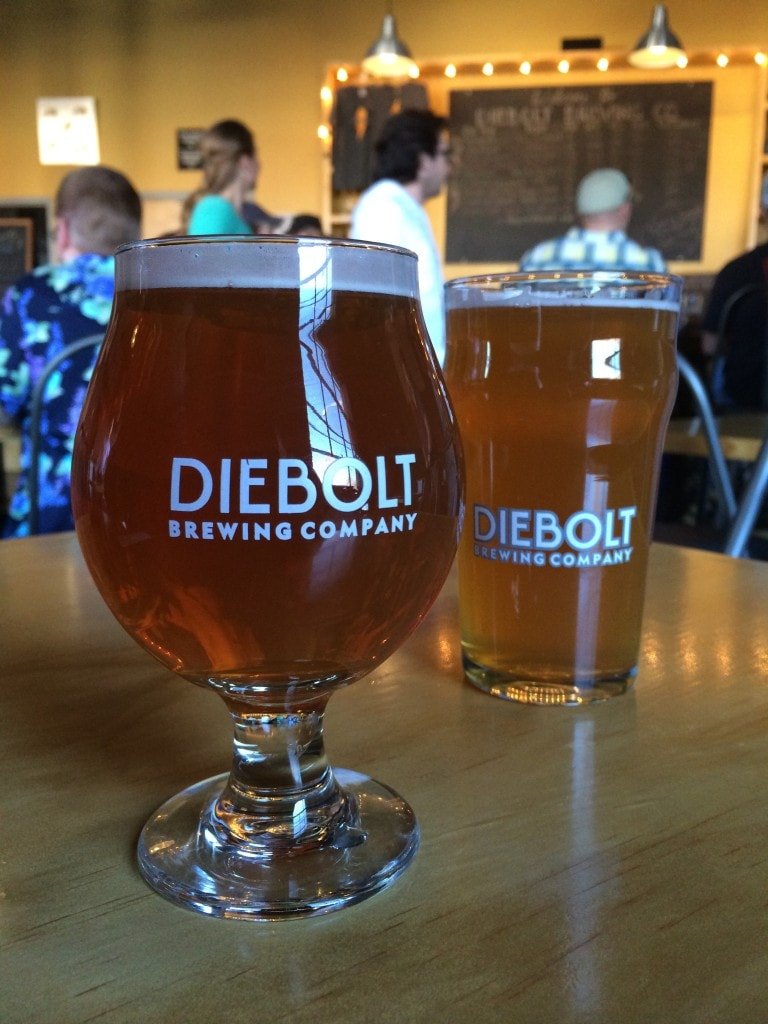 Next, we had the Mariposa Pale Ale. This was an absolutely delicious Pale Ale, with a light citrus aroma and well-balanced bready malt flavor. It was such a great beer.

Finally, we had the Colorado Greenback IPA. This was a well hopped IPA with a piney, citrusy aroma and a nice bitter grapefruit flavor. At 4.8% ABV, this is a good, drinkable session IPA. 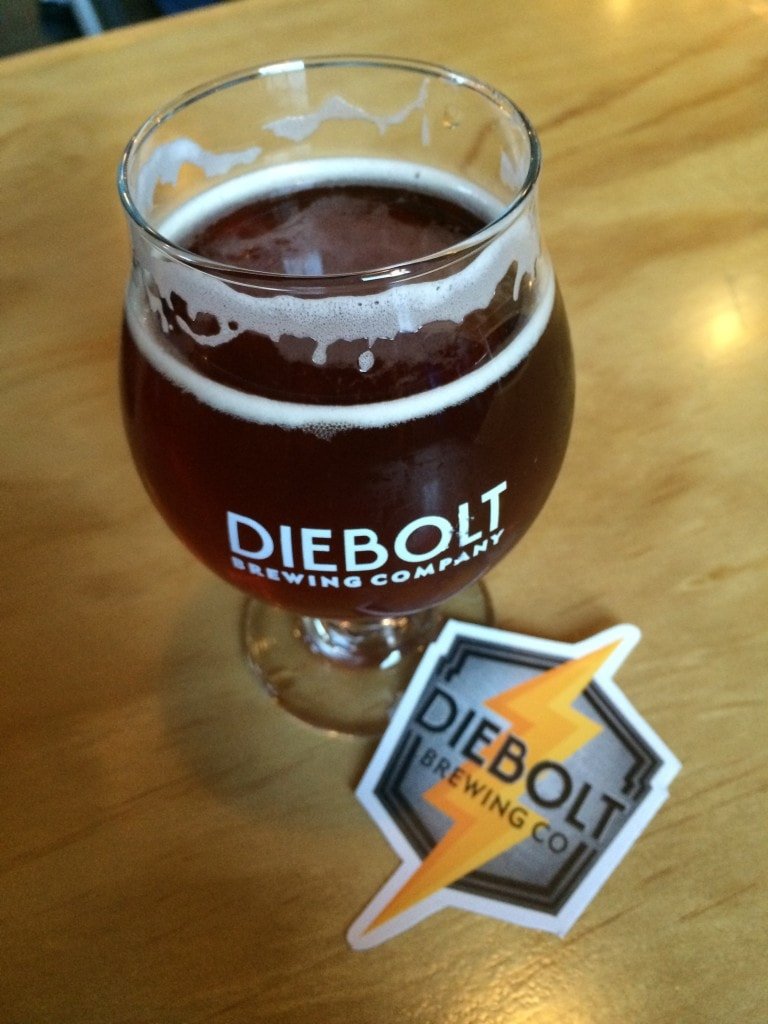 After having a few beers we chatted up Jack Diebolt, the son of the father-son brewing team that runs Diebolt Brewing. Jack (and his dad) were so friendly. We didn’t even talk about beer or their brewery, in fact, I cannot remember exactly what we talked about. It’s their friendliness I remember, and that combined with their delicious beer is why we’ll be back.

If you’re in the Highlands neighborhood stop by and give the gang at Diebolt a visit. In fact, I suggest you keep track of them on Facebook since they are brewing new stuff up all the time and are great about keeping fans (like us) updated. Diebolt Brewing is located at 3855 Mariposa Street in Denver.

Keeping the Beer, Losing the Belly