We went to the Slue Foot Sue’s Shindig last night, and what a barn-burner it was!  Let’s not even pretend this is a review and call it what it is: proof that whenever Imbibe throws a party y’all need to go!  Imbibe throws parties that will knock your socks off.  In fact if you aren’t wearing any socks they will actually place socks on you just so they can knock them bitches off.  Okay perhaps we’re exaggerating, but you get the picture.  Imbibe knows how to throw a party. 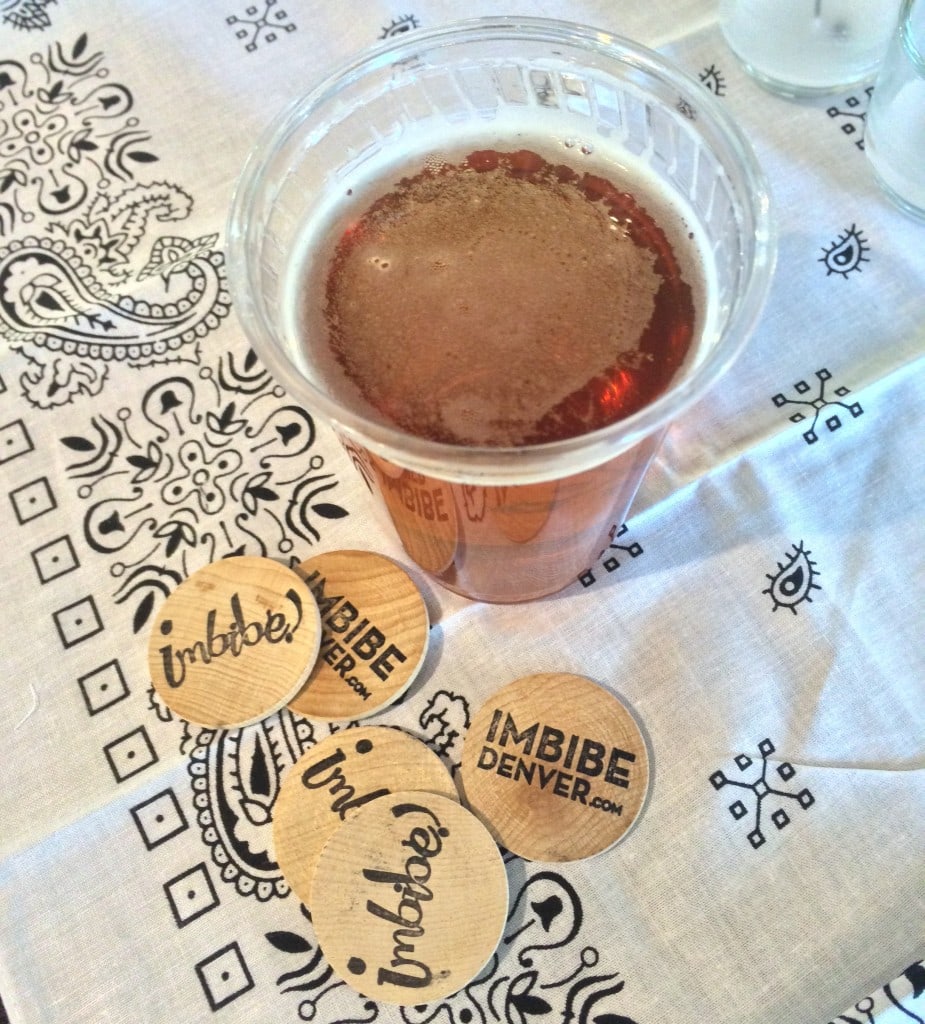 Last night’s sold out shindig was put together by Imbibe along with Denver Arts & Venues and Rockmount Ranch Wear.  Slue Foot Sue’s Shindig references the story of Slue Foot Sue, an American folk tale about a catfish-riding cowgirl who marries Pecos Bill, only to be thrown from Bill’s horse, Widowmaker, on her wedding day.  Due to the spring-like bustle in Sue’s dress, she’s left bouncing up to the moon and back, up and down for eternity.  While on the surface a sad story of a forever-bouncing cowgirl doesn’t seem to have much to do with a beer fest, this event was intended to highlight The New West: Contemporary Perspectives of the Rocky Mountain Region art exhibit at the McNichols Civic Center building.  A painting of Slue Foot Sue by Tracy Stuckey overlooked the festivities, amongst plenty of other incredible art.  The historic McNichols building and this amazing artwork made for the perfect setting for a contemporary western celebration.

For the low, low price of $10 not only did we get to take in all the impressive artwork, but we also got beer, food, music, and shopping.. all of my favorite things!  We got five tokens for beers from the five Colorado craft breweries on site, with additional tokens just 2 for $5.  We also got to enjoy a delicious BBQ pork sandwich from Moe’s Original BBQ, could shop for some awesome Rockmount Ranch Wear goods, and would be entertained with some fine country music to boot.  Pun definitely intended.

On-site with their beers were Great Divide, City Star Brewing, Jagged Mountain Brewery, Backcountry Brewery, and Station 26 Brewing.  The beers were all great – there was not a bad one in the bunch.  Jeff was particularly impressed by Jagged Mountain’s Dreamweaver Double IPA, a beer heavy in hop aroma and bitterness that only a true hop-head could love, as well as the IPA offered by Station 26.  I really enjoyed the Pale Ales offered by both Backcountry and City Star, as well as the 20th Anniversary Belgian-style ale from Great Divide.  Yep, we loved all five breweries fairly equally and showed them this love by spreading our wooden nickels around like the beer sluts that we clearly are.

In between beers, attendees got to boot-scoot to some great music from Casey James Prestwood and the Burning Angels.  The band was awesome!  They played classic country and western including many of their own songs plus a good mix of classic covers.  When they played the familiar twang of Merle Haggard’s classic “The Bottle Let Me Down” we knew we were hooked.  They were also super friendly fellas, and we enjoyed them and their music so much that we picked up two CDs and a t-shirt before the night was over.  Casey James Prestwood and the Burning Angels play gigs around Denver, often at the Star Bar, and they’re worth seeking out.

Overall this was a boot-stomping, pig-pullin’, beer swilling good time.  Of course it was – we wouldn’t have expected anything different from Imbibe!  Next time they throw another shindig we hope you take our advice and we see you there! 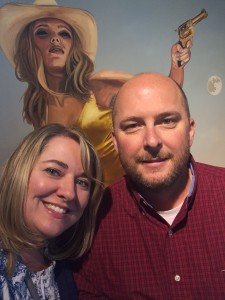