Written by Chris in Breweries, Homebrewing

This weekend we finally made it by Factotum Brewhouse in Sunnyside. It’s was an unplanned stop so we only had enough time to try two pints, but our first impression was that we left pretty damn impressed. The beer was great, the taproom was really cool, and the staff was as friendly as you’ll find at any brewery.

A Look Inside Factotum Brewhouse

Factotum Brewhouse is a unique brewery concept. Opened by siblings Christopher and Laura Bruns earlier this year, Factotum beers are nearly all created by homebrewers who pay for brew sessions on the Factotum brewery system. Wannabe brewers of all abilities can sign up to brew. Whether you’re a recognized Pro-Am homebrewer or a total newbie, Factotum will provide the support and knowledge you need to ensure you create a great beer, just like the pros. The Factotum team works with you to create the recipe, then they’ll source ingredients and handle all the pre- and post-brew day prep work so you can just show up and brew something amazing. When your beer is ready Factotum will even host a “Meet the Brewer” night, so you can show off your beer and your new-found brewing swagger to your family, your friends, and the general public… LIKE A BOSS.

The whole concept behind Factotum Brewhouse is awesome. They appeal to all of us who dream of quitting our day jobs to make beer for a living. And, because of their creative concept towards brewing, it provides beer lovers a constantly changing lineup of new, unique, and inspired beers to taste. Everybody wins!

We barely scratched the surface of the Factotum Brewhouse beers during our brief visit last weekend. We can say that the beers we had – the 5280 IPA and the Storm Trooper Session Ale – were both really good, well-made beers. We can’t wait to visit again and dive deeper into the menu. The staff (Michelle and Daniel, if we remember their names correctly) were about the best we’ve encountered at any brewery. They were able to describe each beer, including many of the stories behind the beer and the people who made them. Their enthusiasm about the beers and this “neighbors-brewing-for-neighbors” brewery concept were infectious. It makes us want to go back, and who knows, maybe even schedule our own brew session some day. Although they tell us that much like tattoos, brewing on the Factotum Brewhouse system is addictive… you can’t do it just once. If you want to learn more about scheduling a brew session of your own, read all about it on the Factotum Brewhouse website. 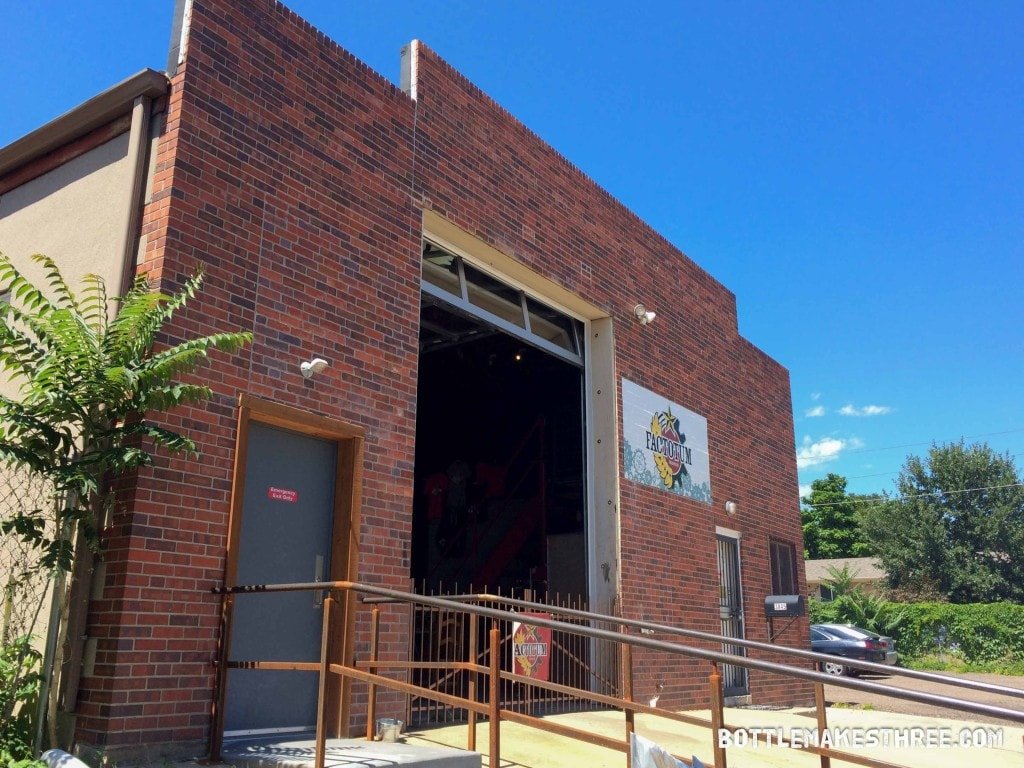 Being mediocre homebrewers, we had to ask the obvious question: Have any guest brewers made a truly horrible beer? We were told no, so far everything has been good and has sold well in the tap room. That says a lot about the quality of our Denver homebrewing scene and speaks volumes about the help you receive from the experienced and knowledgeable brewers at Factotum.

Factotum Brewhouse is a fun place to visit whether you are inspired to brew your own beer or just want to sample the creations of other great brewers. If you pay them a visit to drink or to brew, make sure you let us know all about it in the comments below.