There are over 3000 breweries operating in the United States, with more opening nearly every day. While they all certainly have their individual merits, there are only a handful breweries that can be considered true tourist destinations. During last month’s trip to Asheville for the Beer Bloggers & Writers Conference, we were able to visit one of these destination breweries: Sierra Nevada in Mills River.

The Sierra Nevada Mills River brewery is just a quick drive down I-26 from Asheville. The brewery is nestled in the woods not far from the French Broad River, and at first glance, we were immediately impressed with the size and beauty of this new brewery. Upon arrival, we were greeted by Sierra Nevada founder Ken Grossman, his son Brian Grossman, and several individuals from German brewery Brauhaus Riegele, with whom Sierra Nevada has recently collaborated – but more about that later.

Brian Grossman, who manages this North Carolina facility, let us into the brewery and through a tour of this brand new, state-of-the-art macro brewery. We started in the copper-clad brewhouse, which is as beautiful as it is functional, and then walked us through their entire brewing process all the way to their canning and bottling lines. Along the way, we learned how this 200-barrel brewery was built with efficiency and sustainability in mind. For example, solar panels are used to help provide energy, while an on-site stormwater management system and water treatment facility help to protect the nearby water sources.

Perhaps our favorite stop on the brewery tour was in the hop freezer. Here we experienced sensory overload as we took in the sights and smells of fresh hops, each variety piled high in individual bins, all waiting to be incorporated into a great Sierra Nevada beer. It was fantastic! 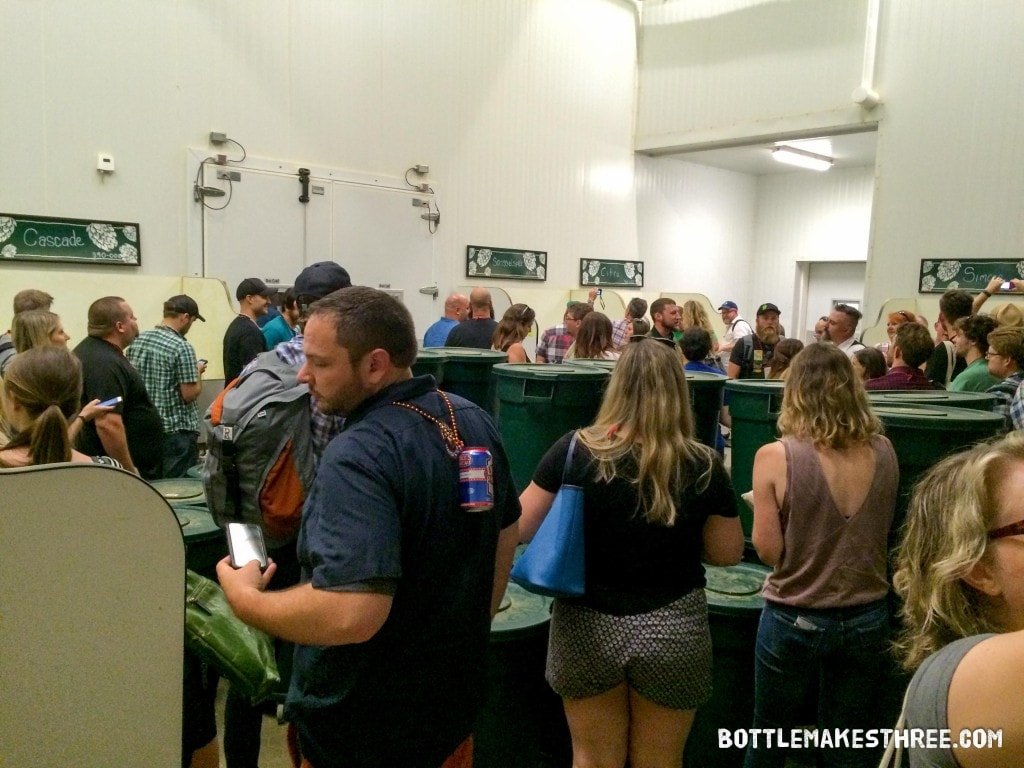 Our biggest surprise came after the tour, when we were led outside to the sounds of a traditional German oompah band, and then taken down a long and winding path to a picnic area in the woods. It was here that we found an Oktoberfest celebration waiting for us, complete with beer steins filled with the first tastes of Sierra Nevada’s Oktoberfest beer. 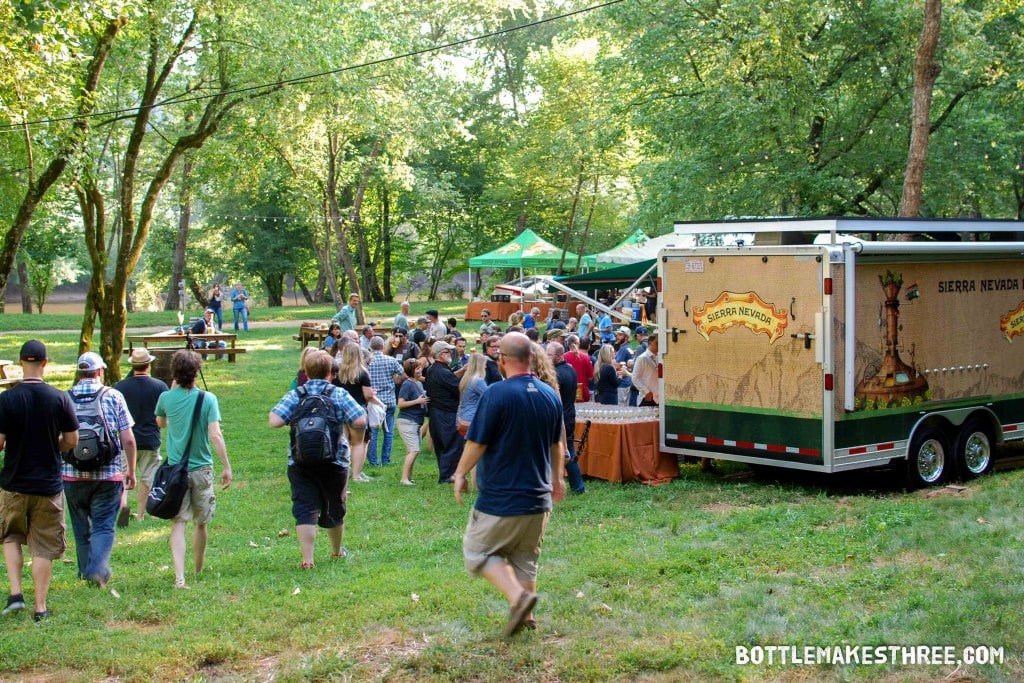 The Sierra Nevada Oktoberfest was a wonderfully flavorful Marzen beer, and while this is a style traditionally reserved for the fall, the beer was so clean and crisp that even on a hot July day it was very tasty. The bottles of Brauhaus Riegele beer we sampled during the celebration were also quite good. Both beers were delicious when paired with the incredible spread of German-inspired food provided during our Oktoberfest-in-July celebration.

Sierra Nevada even made a video about their Oktoberfest collaboration with Brauhaus Riegele. You can get a quick glimpse of just how friendly Sebastian Priller-Riegele is in this video, and how enthusiastic he is about this Oktoberfest partnership with Sierra Nevada. They filmed this piece during our BBC15 party, so if you look very closely you may even see your Bottle Makes Three team a few times. Mostly you’ll see the back of our heads, but hey, that’s still pretty awesome! In all seriousness this is a great video about how the collaboration between Brauhaus Riegele and Sierra Nevada came to be, so check it out. There’s also fun oompah music!

It’s hard to describe how it feels to spend the early evening in such a beautiful atmosphere, surrounded by our BBC15 friends while enjoying fantastic beer, incredible food, fun music, and the opportunity to chat with our generous hosts from Sierra Nevada and Brauhaus Riegele. To say it was an amazing experience would be an understatement. Instead, we can best describe it with a German word: gemütlichkeit. As we understand it, gemütlichkeit refers to the way you feel when you’re surrounded by an atmosphere of coziness, contentment, comfort and warm friendliness. That’s the closest we can come to describing our Sierra Nevada experience for you. It was pure gemütlichkeit.

If you’re ever anywhere in the area we strongly recommend a visit to Sierra Nevada in Mills River. In fact, it’s worth a trip to Asheville if for no other reason than to visit this brewery and all the other great breweries in Western North Carolina. Sierra Nevada has four brewery tour options to choose from, including a free self-guided tour, a brewhouse tour, a natural resources tour, and a 3-hour full-access beer geek tour. Whichever tour you pick, make sure you allow extra time to spend in the Sierra Nevada taproom and restaurant. You can learn more about the Sierra Nevada Mills River brewery and their tours on the Sierra Nevada website. 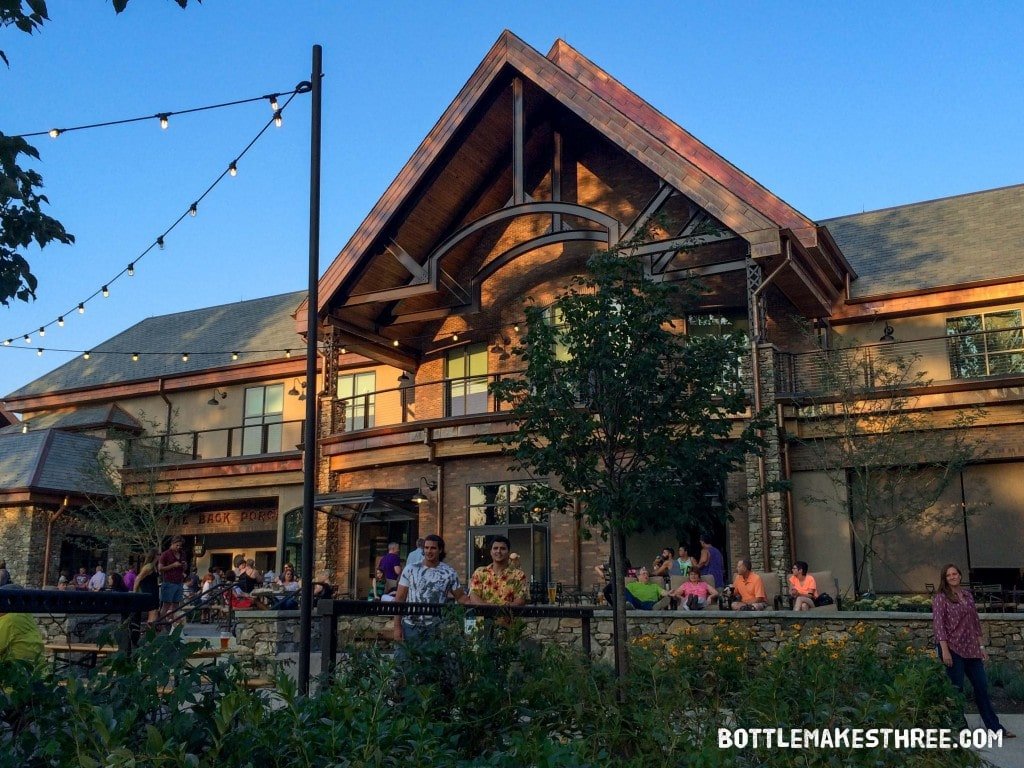 Disclosure: Beer Bloggers & Writers Conference attendees who registered as a “citizen blogger” receive a discounted registration fee in consideration for writing a minimum of two posts about the conference. This is our second post, you can view our first post here. That being said, the opinions and recommendations we make are ours alone and were not influenced by our discount. As conference attendees, we received our Sierra Nevada tour, beers, and food at no charge, but this was provided with no consideration or requirement to write about this specific event.