We’re Brewing Again Thanks To CO-Brew

Written by Chris in Breweries, Homebrewing

It’s ridiculous that it took us so long to get to CO-Brew. This homebrew shop and brewery has been open a few months, and they’re less than a block from my office. We literally drive past them every day on our commute home from work, yet we hadn’t stopped. One night after work we finally got a sign that we should stop in for a beer. This sign…

As soon as we walked in the door, Jamie Williams, one of the owners of CO-Brew, was there to welcome us. He was really nice and helpful, showing us around and answering questions about the CO-Brew homebrewing products. We weren’t planning on buying anything since we haven’t brewed in quite a while, but it’s still fun to check out all the gear and pick out the stuff we should totally buy next time we want to brew.

The unique thing about CO-Brew is that while they have brewing equipment of all sizes, they especially cater to the needs of their downtown Denver clientele. There was a great selection of kits and equipment for small-batch beers, as small as 1 gallon. Apparently, this is in high demand downtown, since most condo & apartment residents don’t have space to easily brew a full 5-gallons, must less to store a bunch of 5-gallon sized homebrew equipment. We love the small batches for experimentation, so it’s great to find a place that offers such a great selection for small-batch brewers. 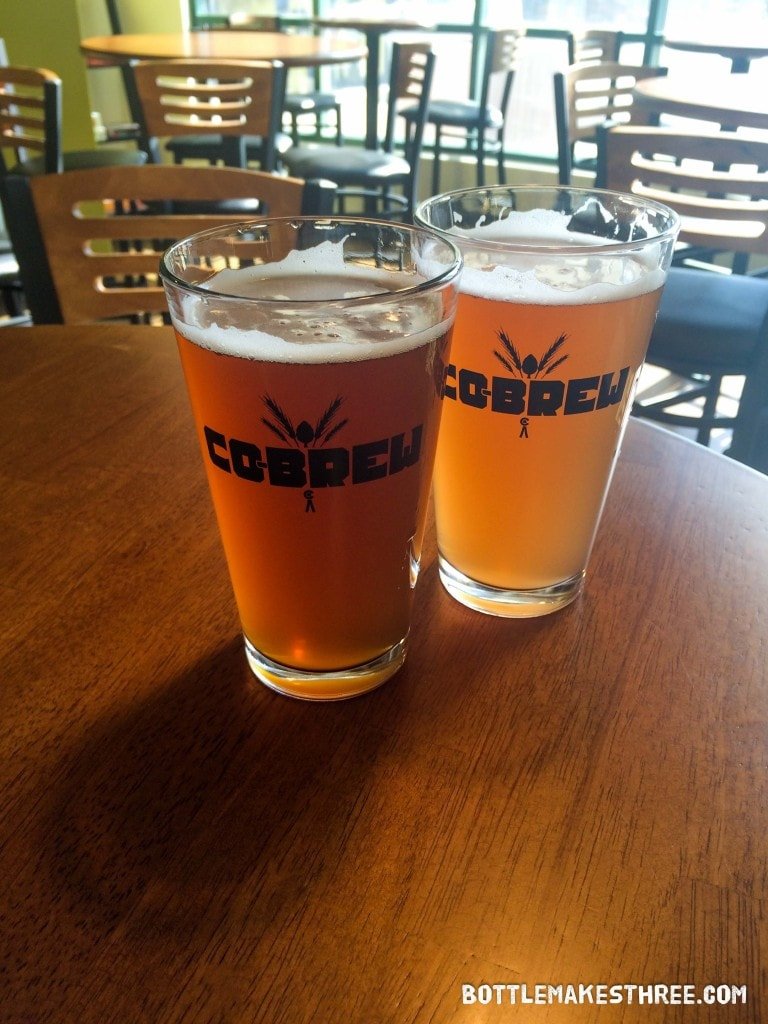 After browsing the shop we decided to try some of CO-Brew’s own beers. They had 6 brews on tap, and we decided on pints of the Blonde on Raspberries and Mosaic IPA. I loved the Raspberry Blonde, which was fruity without being too fruity or sweet; very refreshing. Jeff liked the IPA, which was well-balanced with that delicious tropical mosaic aroma. We liked our first choices so much, we had two more of the same. You can enjoy CO-Brew beers while you wander through the store, but we settled in the back where there are tables and chairs. It was a great place to enjoy our beer, take in all the activity at the homebrew shop, and watch the end of the Rockies game on their TV.

Learn to Brew at CO-Brew

After browsing the shop and drinking some CO-Brew beers, we decided to learn about brewing here and so we chatted with the other CO-Brew staffer on site, Kellen. He told us that CO-Brew offers classes for all skills of brewers, offering you as much or as little help as needed to successfully make a great beer. A CO-Brew brewing session includes all your ingredients, use of the brewery equipment, and professional help from the brewery staff. To give you an idea of how it works, at this time a 10-gallon class generally starts at $180, up to 4 people can take part in the brew session, and when your beer is finished you’ll be bringing home around 4 cases of beer. It’s really a great concept for people who want to learn to brew, homebrewers who want to make bigger-batch beers, and it sounds like a ton of fun for special occasions or groups. Check out the CO-Brew website for full details about all the brew-on-premises options available. 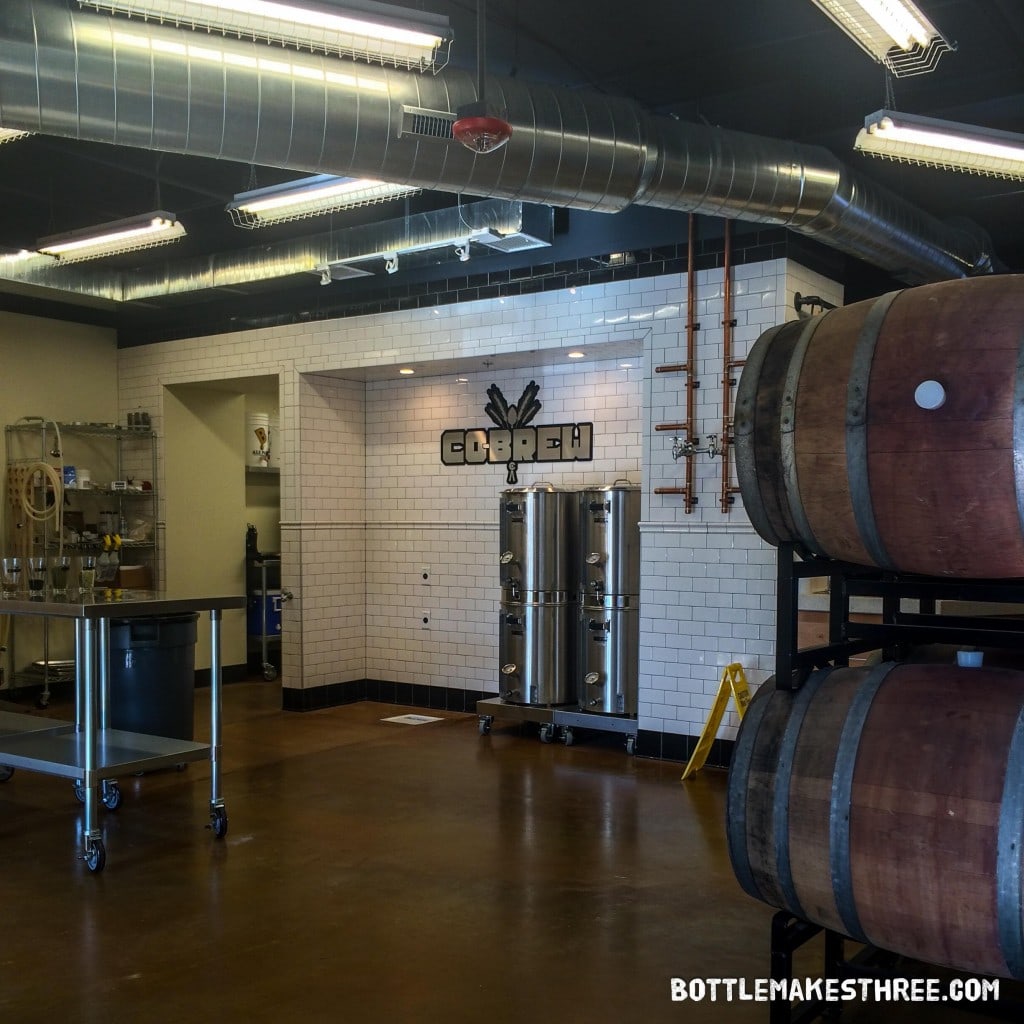 Our Take-Away: We Need to Homebrew More

After all this drinking beer and talking about brewing, it was tough to leave CO-Brew’s shop empty handed…. so we didn’t. It’s been nearly a year since we last brewed, but this visit was enough to get our homebrewing fire reignited! Jamie and Kellen were so helpful, informative, and most of all, encouraging, so we left feeling inspired to brew a few batches of our own beers. We purchased two kits to keep things simple: a 5-gallon brew-in-a-bag kit for an American IPA and a 1-gallon kit and supplies to experiment with making a pecan porter. We’ve already got them fermenting and can’t wait to see how they come out.

You can find CO-Brew on Broadway in the Capitol Hill neighborhood of Denver. They have free parking behind the store, so you don’t have to feed the meters on Broadway unless you want to. Whether you walk in the door as a newbie or a seasoned homebrewer, CO-Brew will be sure to have what you need & take good care of you.