Is It Miller Time for Anheuser-Busch InBev?

Written by Jeff in News

Anheuser-Busch InBev (AB InBev) in the news for acquiring several craft breweries recently, but their newest acquisition offer has a much larger target: SABMiller. Yesterday Anheuser-Busch InBev launched an effort to acquire SABMiller, a move that if approved would create a brewing behemoth that would dominate nearly a third of the worldwide beer market.

Right now things are far from final, and both companies are still in the courting phase. AB InBev has made it clear they intend on making an offer, but no formal offer has been finalized just yet. SABMiller responded to the news by saying their board “will review and respond as appropriate to any proposal which might be made.” Whether or not these two companies hook up is still very much in the air, and dependent on a number of antitrust reviews. 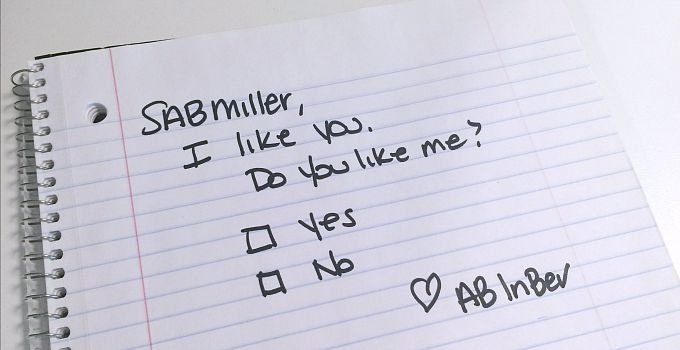 What’s driving AB InBev to want to merge with another beer industry giant? It could be the result of a softening market, since more consumers are skipping the Bud Light, opting instead for craft beer, wine, and spirits. AB InBev is hoping this merger will give them a larger footprint worldwide and help them increase brand sales in corners of the world they haven’t been able to dominate yet.

What Does This Mean for Craft Beer?

So what is the impact on craft beer if an AB InBev/SABMiller merger happens? Paul Gatza, director of the Brewers Association, has written an article addressing just that, but he admits that there are still more questions than answers. According to Garza, “Many craft brewers would look at a potential deal of Anheuser-Busch-InBev and SABMiller as not relevant to their businesses and will keep on doing what they do—make flavorful and high quality beer, engage beer drinkers and serve the community through jobs, involvement and serving as a place for people to gather and discuss the events of the day.”

More about the AB InBev/SABMiller merger from Fortune magazine, including all the beers that the combined company would control

Prost to Pumpkin Beer and PorchDrinking