Written by Chris in Events, Food

The Denver Bacon and Beer Festival is back for their fourth year!

The festival will be held at The Glitter Dome in Denver on Sunday, November 8th, 2015. Earlier this week tickets went on sale for this incredible festival, and if you’re smart, you’ll grab your tickets while they last. This fest is the best celebration of bacon-inspired cuisine and fresh craft beer that the greater Denver area has to offer, and you won’t want to miss it.

We attended this festival the past two years, it’s truly one of our favorite annual events. We’d love to see you at the Denver Bacon and Beer Festival this year, so you can see for yourself what makes this festival so great. (Spoiler: it’s mostly the bacon… and the beer.)

If you like great craft beer and delicious food, and who doesn’t, then we know you will have a blast at this event. If you still aren’t sold, allow us to refute all your concerns and doubts while we share a few mouth-watering photos from last years festival 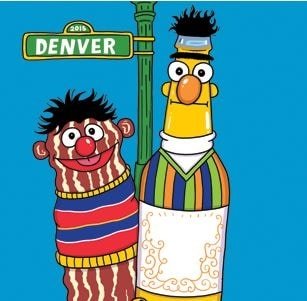 The Denver Bacon and Beer Festival sounds way too rich and extravagant for a delicate flower like me.
Suck it up. This is America, the land built on extravagances such as bacon and beer. Your excuse is invalid.

Isn’t all that bacon going to make me leave feeling fat, full and greasy?
Maybe, but only if you arrive that way. Yes, the food is delicious and decadent and it may be easy to overindulge when faced with so much temptation. But the samples made by these incredible chefs are all unique, so while some are rich and bacon forward, others are inspired by bacon and pork in a much more subtle way. We’ve enjoyed some incredible soups, fresh seafood, and even desserts that are enhanced by, not overpowered by, the bacon used in the recipe. Besides, these are small bites of incredible foods, and nobody will be force feeding you more than you want. 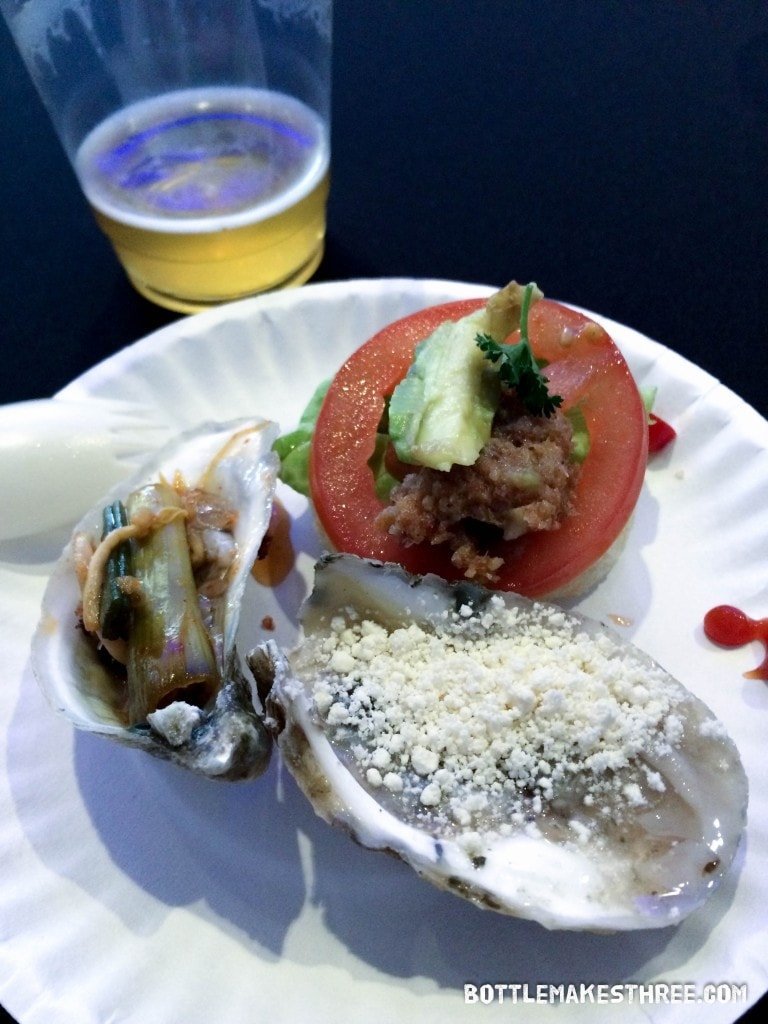 I heard there are lines at the festival, and I really hate lines.
The food at the Denver Bacon and Beer Festival is often made fresh, on-site, so sometimes lines can form. But even the lines that look long will only take a few minutes to conquer, so don’t be such a whiner. We know that in today’s instant-gratification society a few minutes can seem like a lifetime, so here are some tips in case you encounter a line at this (or any other) festival: 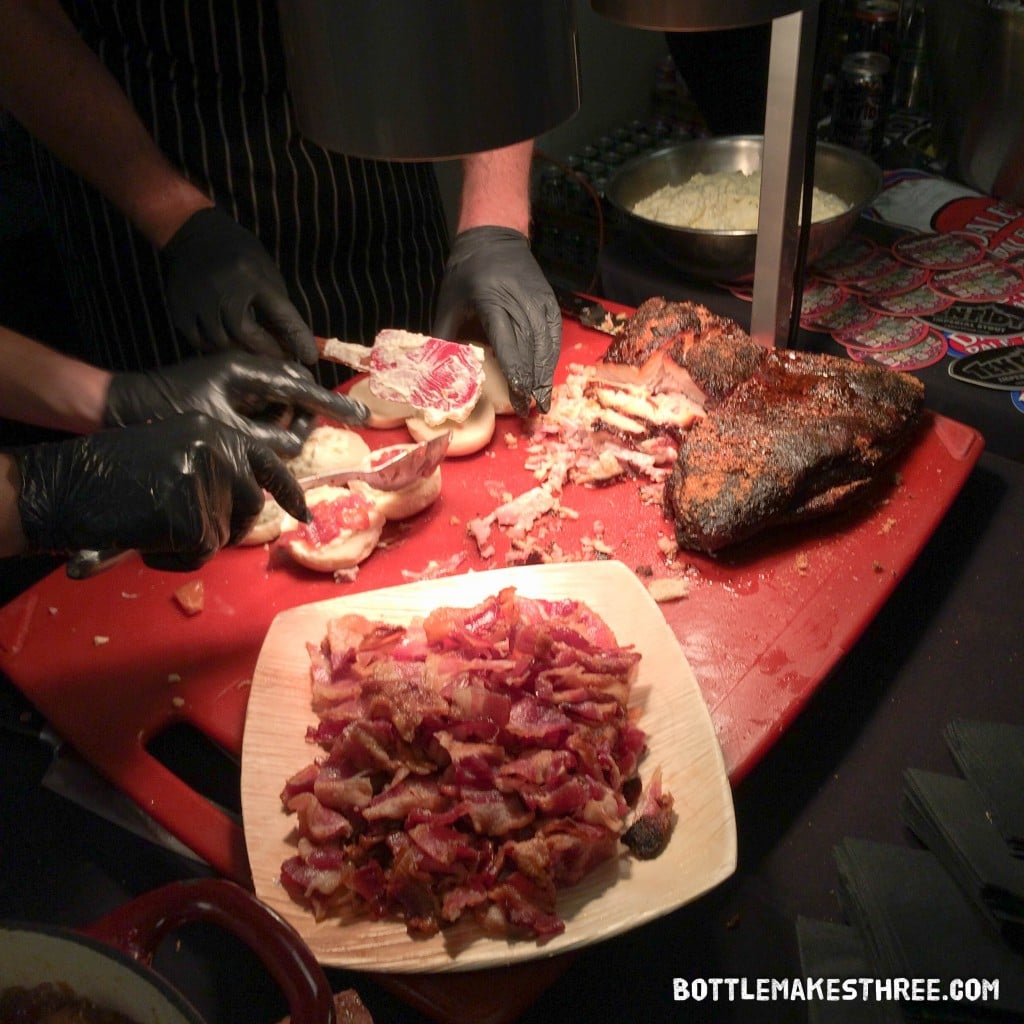 I’m not into the festivals. I prefer to indulge my bacon and beer needs in a more intimate setting.
We’ve got just the ticket for you: the Denver Bacon and Beer Brewer’s Dinner. This dinner, held Saturday evening before the Denver Bacon and Beer Festival, pairs five chefs and five breweries for a meat and beer filled evening. Participating restaurants and breweries include Second Home Kitchen + Bar, The Lobby, Max’s Wine Dive, Great Divide Brewing Company, Wit’s End Brewing Company, Call To Arms Brewing Company, Crooked Stave Artisan Beer Project, Spangalang Brewery and The Post Brewing Co. The menu hasn’t been released yet but it’s sure to be a good one.

I’m sure the bacon is good. But what about the beer?
The Denver Bacon and Beer Festival brings in some of the Denver area’s hottest craft breweries, so you can be assured that the beers you pair with your bacon will be fabulous. So far their list of participating breweries shows at least 30 will be at this year’s festival. Last year I had an incredible Brown Ale infused with hops, chocolate nibs and orange from Our Mutual Friend Brewing Company, and I swear it was the best beer I had all year. So yeah, there are some really great beers from some of our best local breweries. 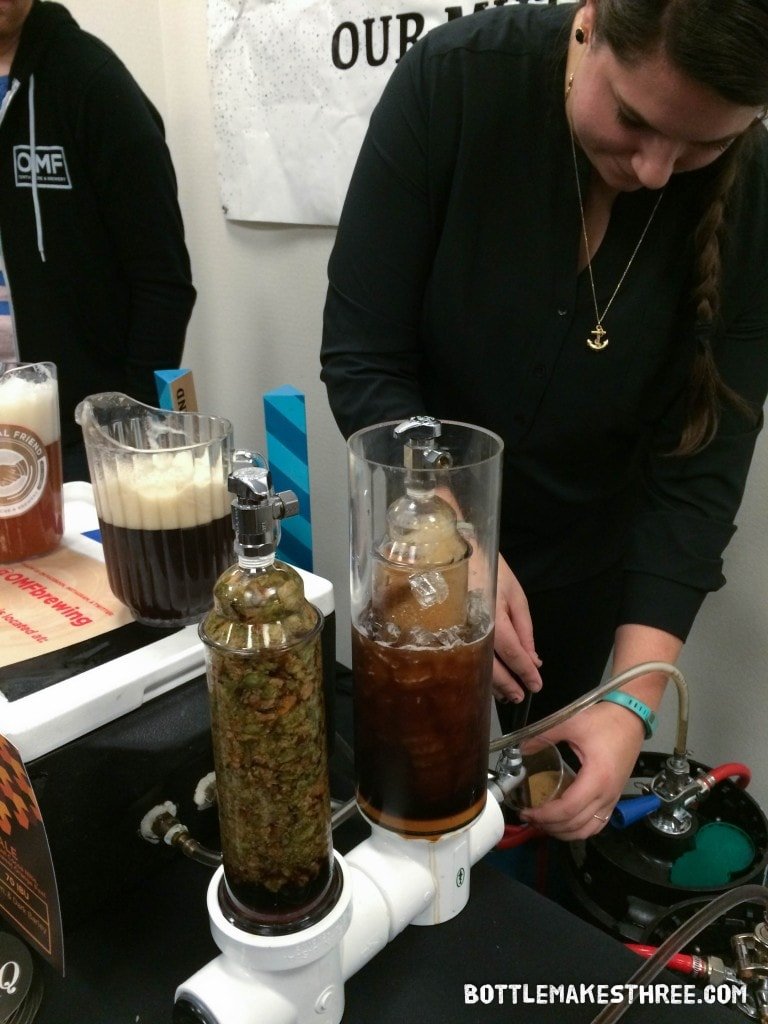 Sounds good, but it looks expensive.
We get it, fifty-bucks seems like a lot for a beer festival. But remember, this is so much more than a beer festival. With unlimited samples of some truly exquisite food and craft beer from some of the best breweries around, the cost is worth it. We promise. We have attended the last several years and will be there again this year, and we’ve paid our own way too. We’ve never left feeling like we didn’t get our money’s worth, and then some. Plus the proceeds benefit Project Angel Heart and Metro Caring. Over the last three years, the Denver Bacon and Beer Festival and Dinner have raised more than $57,000 for these local charities. If that doesn’t make you feel good about indulging yourself, nothing will.

I don’t eat pork.
Well, you may have us with that one. I guess you win this round. That just means more bacon for us!

Join Us at the Denver Bacon and Beer Festival

In all seriousness, these Denver Bacon and Beer events are really fun, unique and worth checking out. If you love beer and you love food, you will love these events. Tickets usually sell out, and if they don’t the price goes up at the door, so plan ahead and get your tickets now. We hope to see you there! 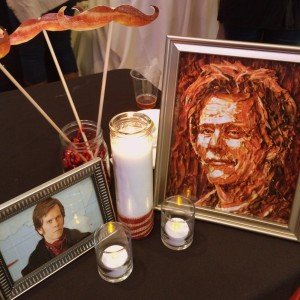 Wibby Brewing, For the Love of Lager