Wibby Brewing, For the Love of Lager

Walk down the beer coolers at your local beer store and you’re likely to see two things: lots of American adjunct lagers made by big-name breweries, and (hopefully) a large variety of craft ales from smaller, local craft beer brewers. For a long time, it seemed that was the way the beer coolers were divided: Mass-produced lagers for the light beer drinkers, and crafty ales for the more discriminating craft beer fans. Still, the focus of most craft brewers seems to be on ales. Until now.

Longmont’s new Wibby Brewing hopes to change that, by bringing a lineup of great craft lagers to Colorado beer drinkers. But before we get into our visit to Wibby Brewing, let’s do a quick recap of what makes an ale an ale, and a lager a lager. 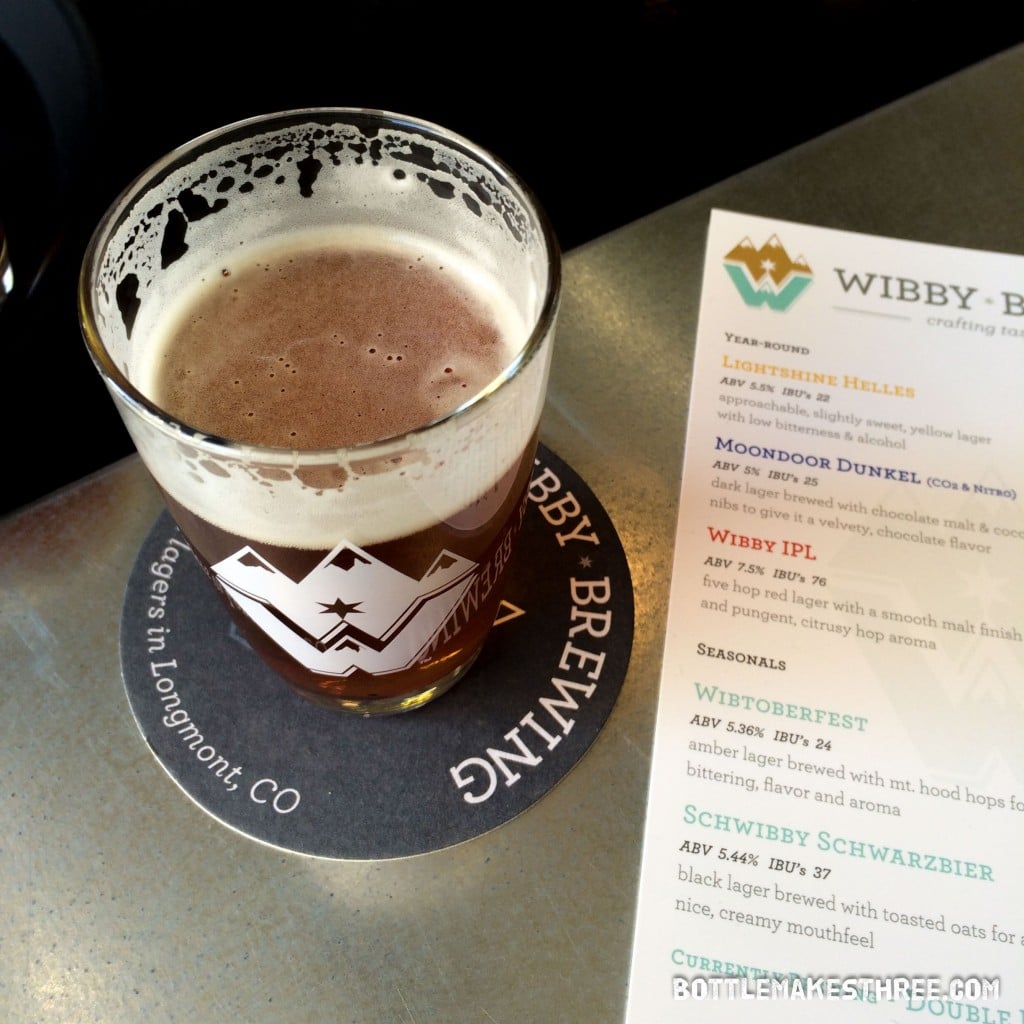 The Difference Between Ales and Lagers

At the highest level, there are two categories of beer: ales and lagers. What’s the difference? In short, it all comes down to the yeast. Ale yeast strains are top-fermenting yeast, which works relatively quickly to ferment beer and enjoy working in moderate temperatures. Most homebrew is made using ale yeast since this strain ferments at room temperature. The warmer temperature causes the yeast to add fruity esters and spicy phenols to the beer, which becomes part of the flavor profile in the finished brew.

Lager yeast does their work at the bottom of the fermentation tank. More importantly, lager yeast strains prefer a much cooler temperature, and the fermentation takes much longer to complete. This slow and low fermentation helps to suppress the esters and phenols, so the yeast itself imparts very little if any flavor in the finished beer. This is why lager beers are often described as cleaner and crisper than their ale counterparts.

So why do we see more American craft ales than lagers? Well, the additional time and equipment needed to lager beer is likely a factor. Plus many ales styles, like the IPA, are clearly more popular among American craft beer drinkers. But with more craft breweries proving that you can make great craft pilsners, helles, IPLs and more, lagers seem poised for a comeback in the U.S. 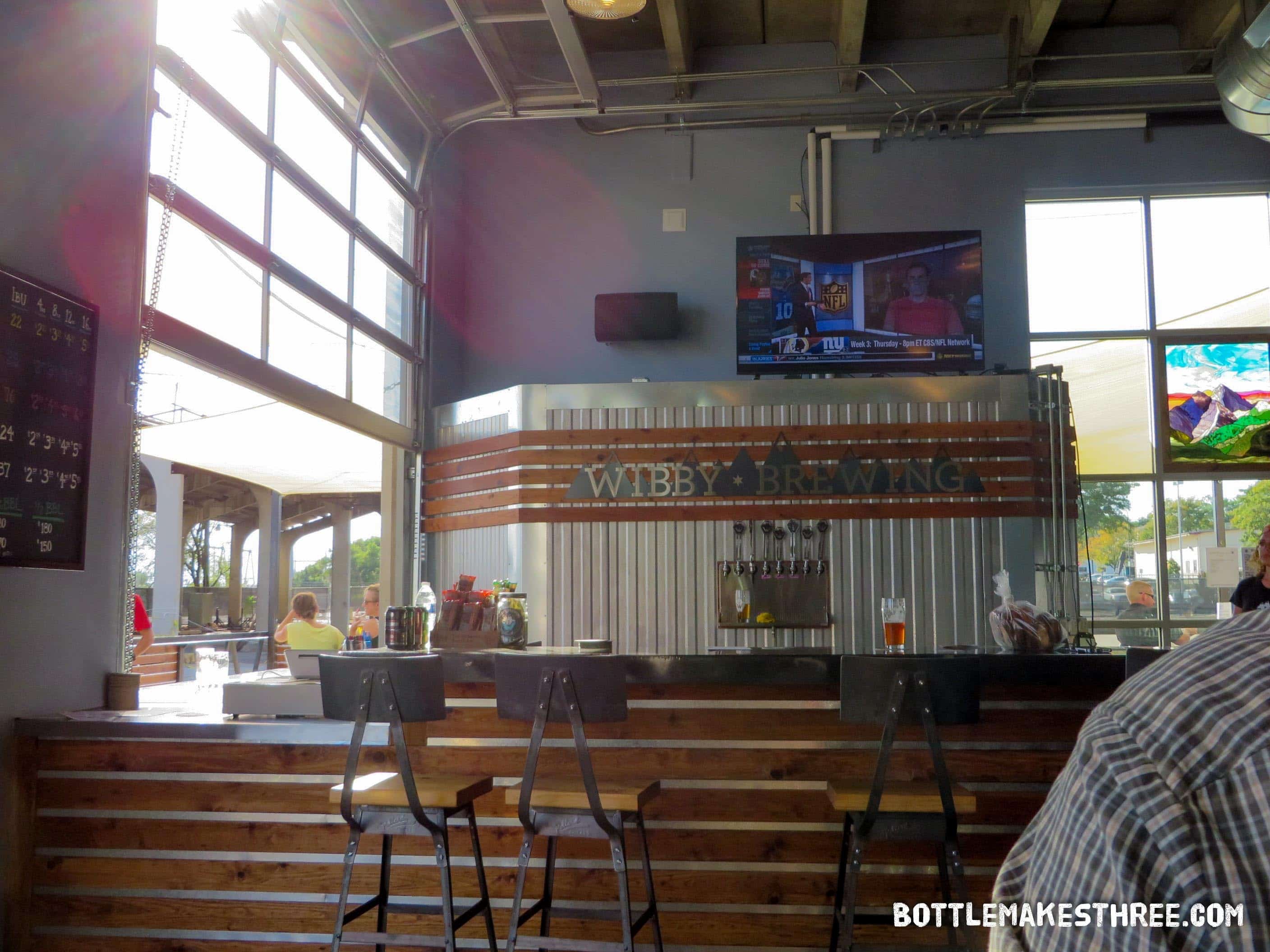 Our Visit to Wibby Brewing

Colorado has roughly 300 breweries, so it’s hard to be excited about every new brewery that opens their doors unless they are really different. By focusing exclusively on creating great craft lagers, Wibby Brewing is totally different, and we were excited to go check them out. We made a trip to Wibby Brewing in Longmont on a sunny afternoon a  few weeks after their grand opening.

Located not far from 300 Suns Brewing in Longmont – Wibby Brewing is literally on the other side of the tracks – we found the brewery fairly easily. Upon pulling up we first noticed the big patio, which was packed on such a lovely day. Two large roll-up windows connected the patio to the tasting room, so we were happy to take a seat at a community table inside. We sat next to a group of four locals, two who were clearly Wibby regulars, and overheard them telling their drinking companions to order anything because all the beers were great.  It was a really good sign. 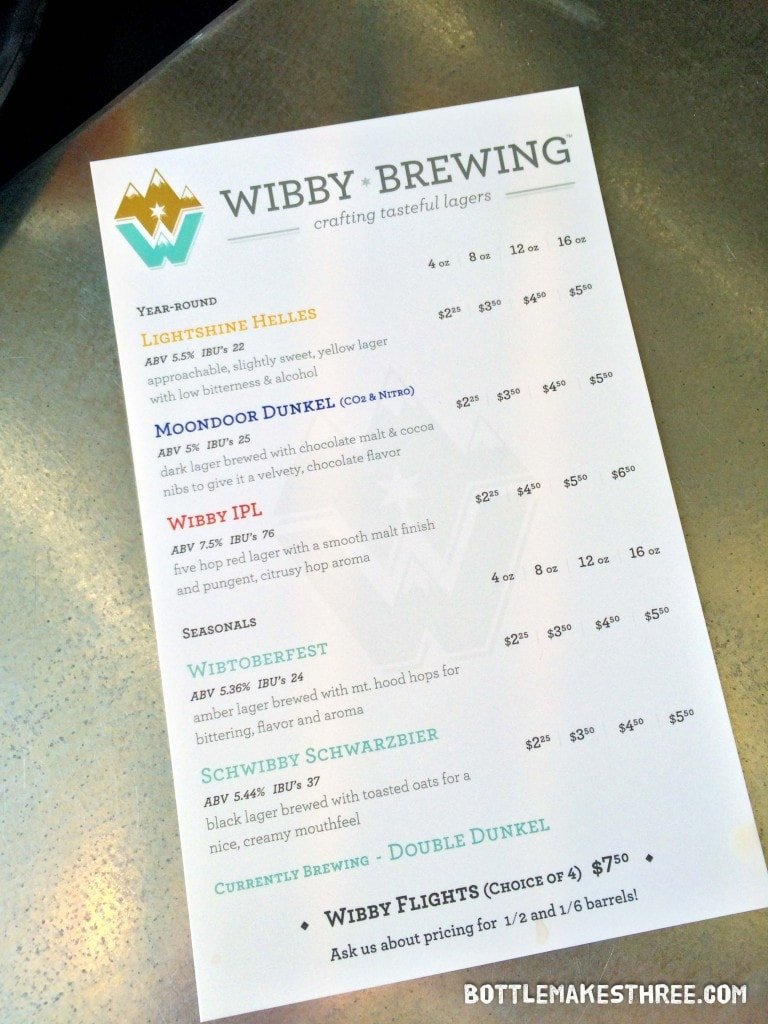 Wibby Brewing offers three year-round flagship beers plus a few rotating seasonal brews. We wanted to try as much as possible so we ordered a flight of four:

After enjoying our samples we can confirm that those regulars were right; everything was fantastic. In fact it would be tough to pick a favorite. The Helles was light and crisp, and incredibly easy-drinking. The Dunkel was dark in color but lighter in body, with a smooth, clean and slightly chocolate flavor. It’s the kind of beer that would convert even those drinkers skeptical of darker beers. The IPL was the most bitter of the bunch, and very tasty. The Wibtoberfest was a bit sweeter and well-balanced and would be perfect for the season if it wasn’t so darn unseasonably warm outside. 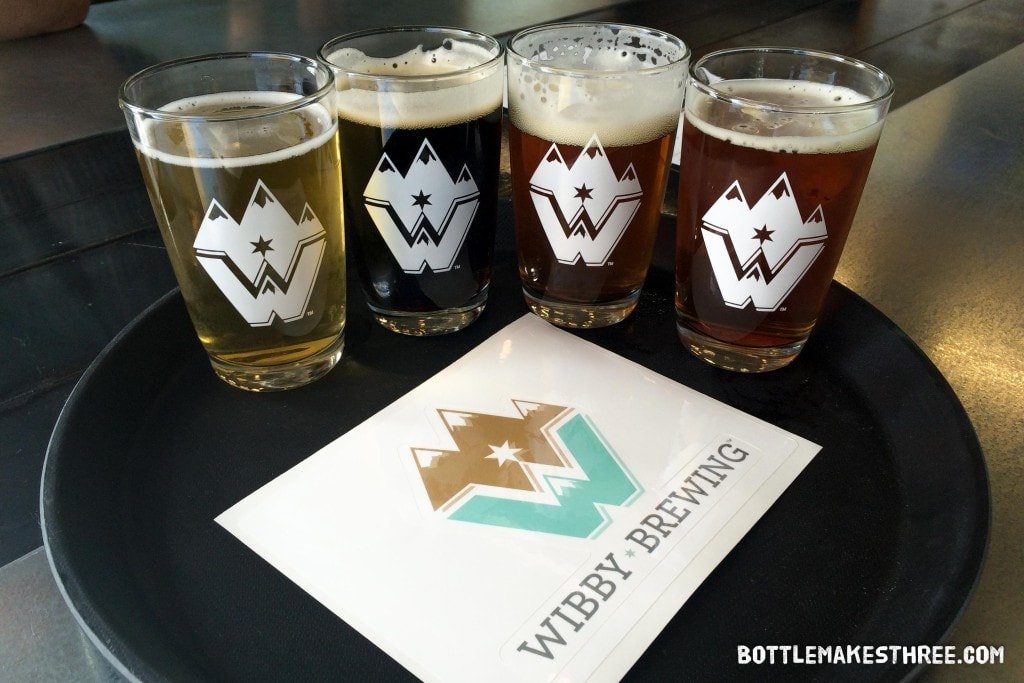 We never got a chance to speak to the Wibby Brewing staff during our visit; we were pressed for time and they were plenty busy. Hopefully, during our next visit, we can chat with them about their future ambitions. Whatever they aim for, we’re sure they’ll do well. We understand that they plan to can some of their beers in the future, and look forward to seeing their tasty lagers on the shelf of our local beer shop someday. Until then we’ll just have to plan more trips to Longmont to get our fix of great craft lagers. 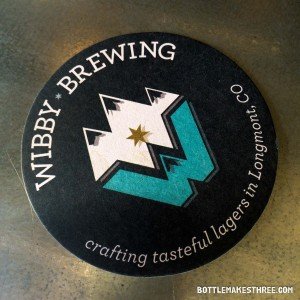 Wibby Brewing is open 7 days a week in Longmont. Go check them out for yourself. If you visit, let us know what you think of this new brewery.