Hi there… remember us? Yes, we were pretty absent over the holidays, when all the craziness of the season kept us from writing as often as we’d like. Fortunately, the start of 2016 has gotten us motivated to get back on the (or off?) the wagon. Today we’re kicking off the year with a recap of the first new (to us) brewery we visited in 2016: Odd13 Brewing Inc. in Lafayette, Colorado. 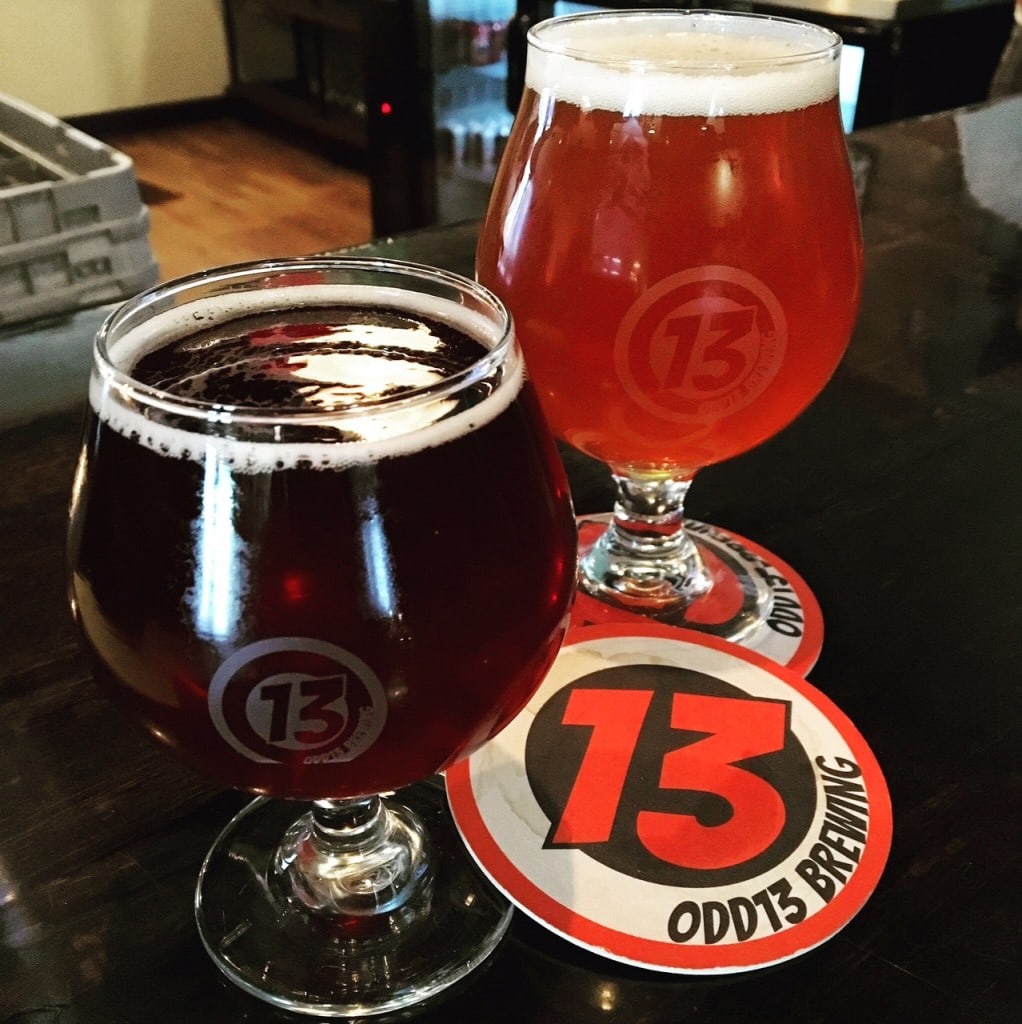 Let us first clarify that Odd13 Brewing is far from a new brewery on the Colorado craft beer scene. This husband & wife owned brewery has been open since August 2013, and business has been booming. Just as they were celebrating their second-anniversary last year, they were also securing a 3800-square foot space for production and packaging to help meet the growing demand for their beer. So while we were mostly oblivious, they Odd13 Brewing was doing great things up in Lafayette. It was high time we paid a visit to their original taproom to check them out. 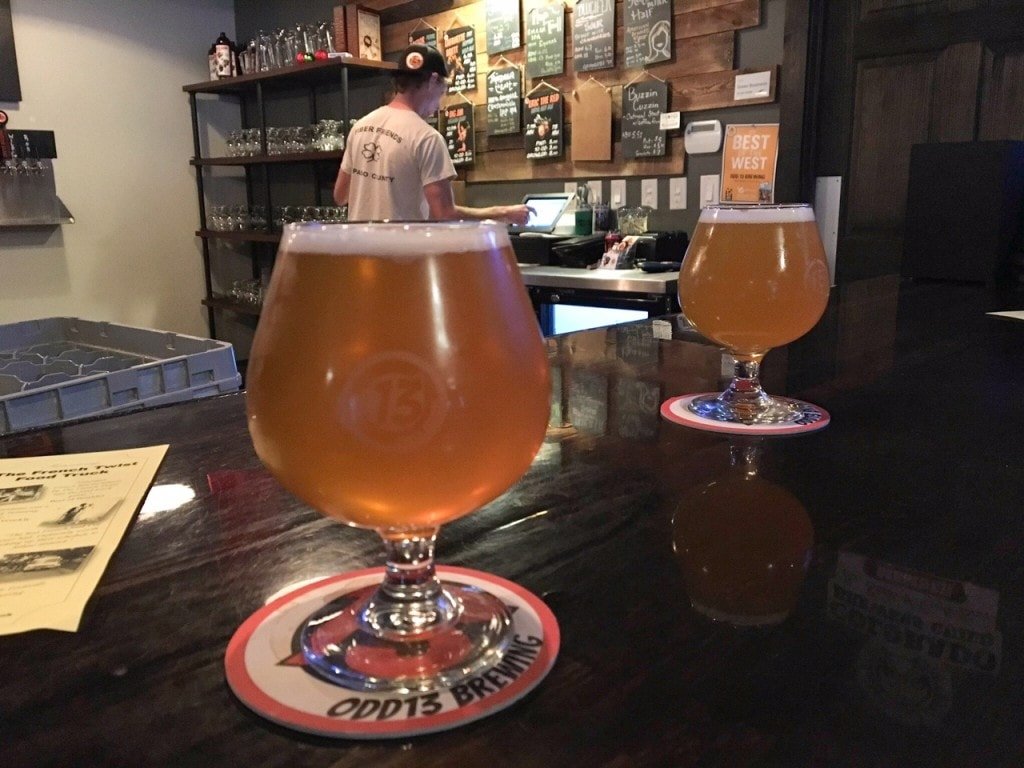 Our Trip to Odd13 Brewing

We visited Odd13 Brewing on the first afternoon of the new year, New Years Day. It was late afternoon and the place was bustling with other craft beer lovers, so we were lucky to snag the last two seats at the bar. The taproom was a bit industrial but still warm and welcoming, with a friendly local pub type of vibe. So local, in fact, that at times it felt like we were the only two “outsiders” in the place. Not that anyone treated us poorly, but rather because everyone seemed to know each other. The bartender, Lance, called just about everyone by their first name. When someone new would arrive, there were often greetings all around. It’s always a great sign when you see lots of local regulars because they’re the ones that frequent a place enough to know if it’s worth returning to. We sat next to two fellas who spent the better part of an hour discussing what local breweries they liked and didn’t like, and it seemed Odd13 Brewing was the only one they could agree was great. In our eyes, that was another big recommendation for Odd13.

There were more than 10 beers on tap during our visit, including a nice variety of IPAs, sours, and Belgians – all of our favorites. Choosing was really tough, but we ended up trying these four beers:

Ron’s Better Half was a fantastic sour, with just the right amount of tartness, and it really made me want to try so many of their other sour varieties. Had it not been New Year’s Day, I would have stuck with sours. Given I was still a bit fuzzy feeling from celebrating the new year the day prior, sours just didn’t seem to hit me right, so I followed Jeff’s lead and stuck with IPAs. I guess that means we have a reason to return for some of those other Odd13 sours. 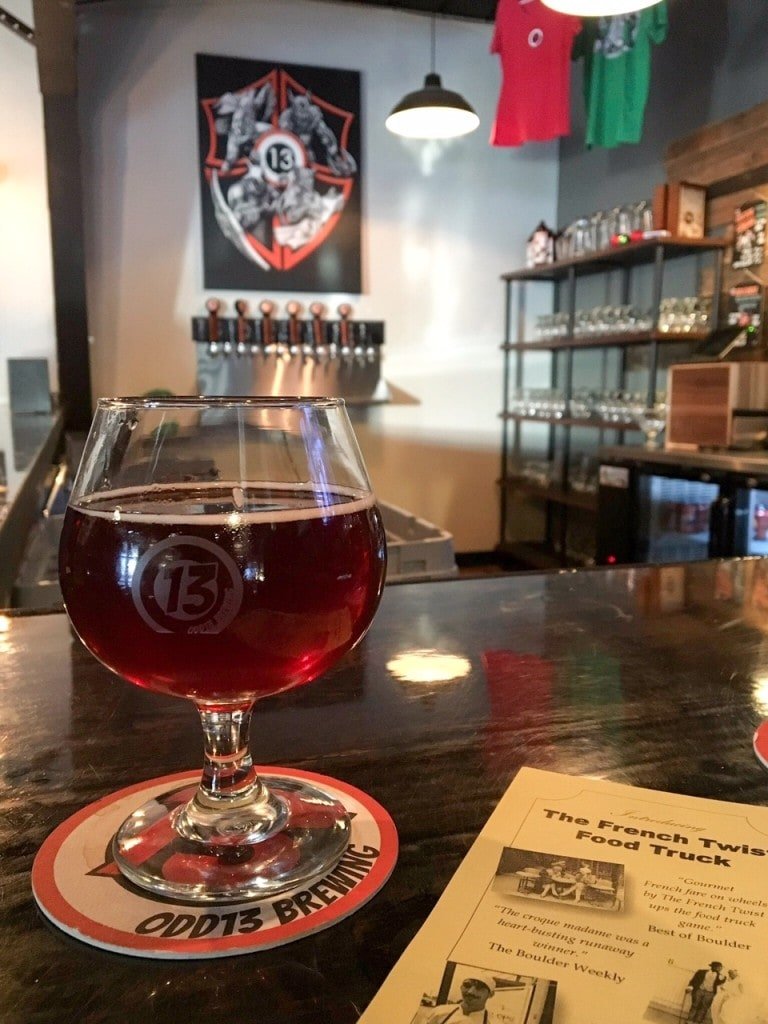 All three IPAs were deliciously different, and it was great to find a brewery that didn’t just stick with one staple IPA. It was great to compare all the different hops. Ironically, we both really like the blend of hops in the Codename Superfan IPA best, but both the Thirdeen was a very close runner-up. The Hop Troll concept was maybe our favorite thing, as they brew an American IPA with the same grain bill each time, and just change the hop up with each batch. It’s a great idea, though maybe in this case it helped us to discover that Equinox, though still very good, wasn’t necessarily our favorite hop of the afternoon.

Overall, we thoroughly enjoyed Odd13 Brewing, both for their friendly atmosphere and kick-ass beers. We’d be remiss if we didn’t mention that Odd13 also has some of the most kickass artwork of any brewery in the state. Each beer has a unique persona and personality, and you can see this in the fantastic art used for each brew. Check out the Odd13 Brewing website to see the full beer lineup, with photos, and let us know your favorite. We’re big fans of Blucifer and Papa Silenus (pictured above on the beer menu) though, to be honest, they are all pretty amazing.

Pay a Visit to Odd13 Brewing

Stop by Odd13 Brewing Inc’s taproom and check out their awesome lineup of beers. They seem to have a food truck on site nearly every day, live music most Saturdays, and you’re sure to find something new and exciting on tap each time you visit. Check out their website for a full listing of their hours, and a calendar of upcoming events.