New Belgium Collaborates With Old Belgium for Lips Of Faith 2016

This year New Belgium Brewing is celebrating their 25th anniversary. Can you even believe that? We’re pretty sure there is a joke in there about still calling them “New” Belgium after all these years. Clearly, they’re one of the old-timers in the craft beer scene. Still, we respect New Belgium Brewing too much to take this accomplishment lightly. After all, a hefty portion of today’s craft breweries wasn’t even a dream 25 years ago. Many of today’s brewers were probably not even old enough to think about drinking a New Belgium beer back then! Yet a lot of those new craft breweries have pioneers like New Belgium Brewing to thank for paving the way for them to be successful. So happy silver anniversary, New Belgium Brewing. We didn’t get you anything, but you know how hard it is to find the perfect gift for the brewery that has everything.

One way that New Belgium Brewing is celebrating their 25th anniversary is with some special collaboration Lips of Faith beers. New Belgium Brewing is collaborating with four “old” Belgian breweries to create some fantastic beers that we can all use to toast their continued success. Two of the beers, Transatlantique Kriek and Hof ten Dormaal Golden Ale are currently available, while you’ll have patiently wait for the other two. You can read all about these 2016 Lips of Faith beers in New Belgium Brewing’s press release, below. Then go pick them up a nice anniversary card or something. It’s the least you can do.

Ft. Collins, Colo., April 12, 2016 – As part of its 25th-anniversary celebration New Belgium Brewing is going back to its roots to pair up with four Belgian Breweries for its 2016 Lips of Faith portfolio. Lips of Faith offers quarterly beers that push the envelope on flavor, process, and ingredients.

Transatlantique Kriek is 8 percent ABV and is available throughout 2016 in 22-oz. bombers and on draft.

Hof ten Dormaal Golden Ale
Hof ten Dormaal debuted this April in 12-oz four-packs, marking a packaging first for Lips of Faith beers, which were formerly found only in bombers and on draft. This beer is a collaboration with the Jannsens family, which runs Hof ten Dormaal in Tildonk, Belgium, pairing Old World ingredients with new world innovation. The Jannsens provided their Belgium yeast strain, giving delicate pear, banana and clove notes to the beer. Spelt, malted sunflower seeds, and wild carrot herbs provide a nutty, bready and grassy wash. Add in Saaz and Mosaic hops and you have spicy, tropical accents and a taste of the Belgian countryside in every sip.
Hof ten Dormaal is 7 percent ABV, 20 IBUs, and is now available in 12-oz four-packs and on draft. To learn more about the collaboration check out the Doormaal Collaboration, which includes a behind-the-scenes video on making this golden ale.

De Koninck Flowering Citrus Ale is 7.4 percent ABV, 30 IBUs, and will be available in four-packs and on draft .

Anne-Françoise Spiced Dark Strong Ale is 9.5 percent ABV, 25 IBUs, and will be available in four-packs and on draft October 3, 2016.

To find any of these beers near you, use the New Belgium Libation Location tool: NewBelgium.com/Beer/Finder or download New Belgium’s Beer Mode app. 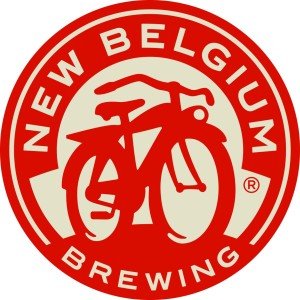