Written by Chris in Beer, News

It’s not uncommon to hear “Colorado” and “Weed” in the same sentence, and rarely does it have anything to do with beer. As Colorado residents, we’re honestly pretty much over all the hype around legalized weed. However, when we heard that North Carolina’s Wicked Weed Brewing was headed to Colorado, that was news that got us excited! Wicked Weed, named not after that type of weed but rather the hops that are used in beer making, is usually only available in Colorado during the Great American Beer Festival. And even then, good luck getting your hands on some… 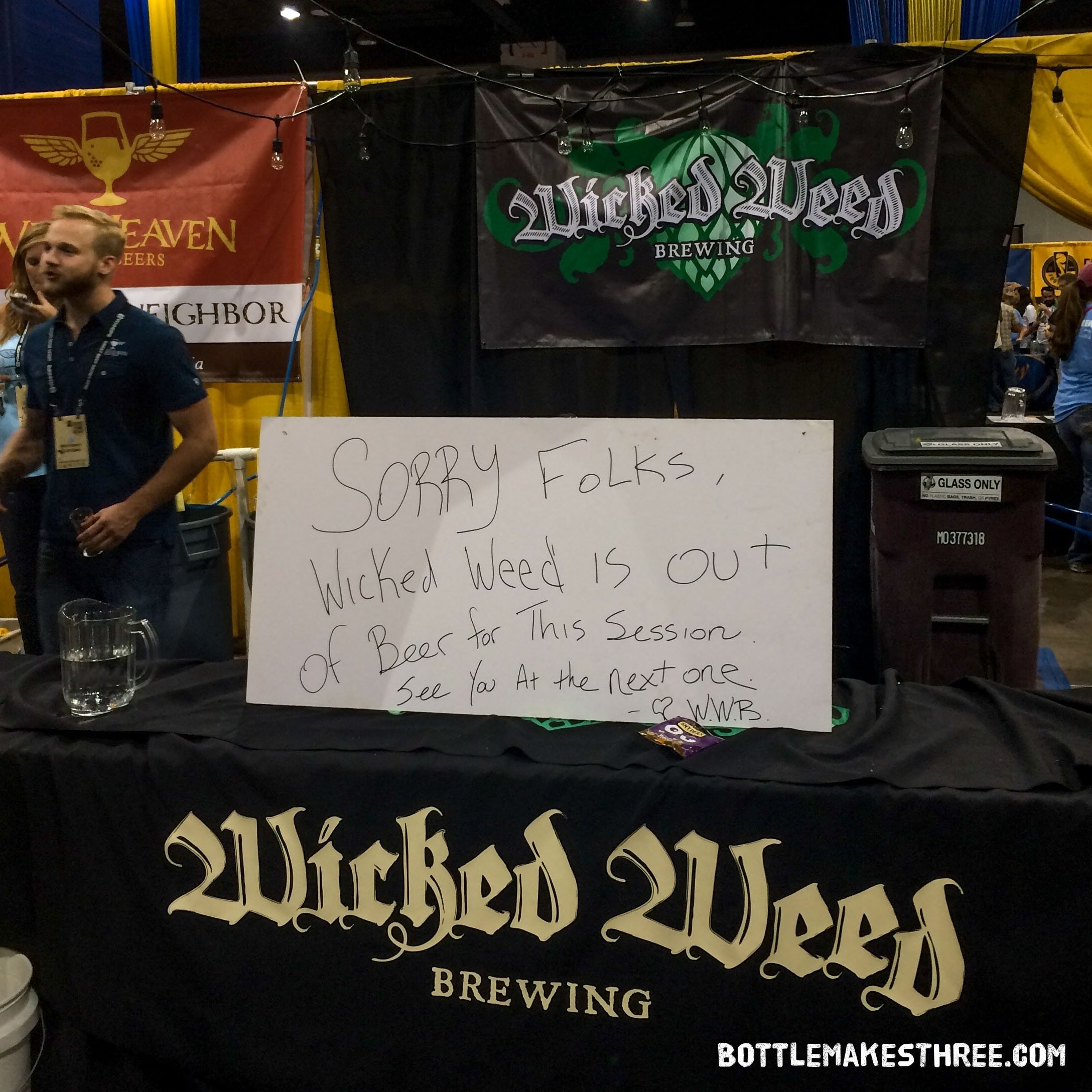 Wicked Weed Brewing has a reputation for making incredible hop-forward IPAs, wonderful open-fermented Belgians, and insanely good barrel-aged sour and wild beers. When we visited Asheville last summer, Wicked Weed was the brewery on the top of our must-visit list. We stopped by their original brewpub in downtown Asheville, but sadly we only had time to enjoy a few flights and buy a single bottle of Brettaberry to bring home. When we later enjoyed the Brettaberry we immediately regretted not taking a bigger suitcase. #BeerGeekProblems

Fortunately, now all Colorado beer lovers can experience Wicked Weed right here at home. The brewery began distribution to Colorado earlier this week. On Tuesday we attended Wicked Weed’s Colorado debut at Falling Rock Tap House. There was an incredible assortment of 20 Wicked Weed beers on tap at Falling Rock, and some craft beer fans arrived in groups intent to taste them all. We have mad respect for those crazy kids, but being responsible adults we stuck to just four beers. Here’s what we enjoyed at Falling Rock:

Yes, they were all exactly as delicious as you imagine.

According to the announcement on Brewbound.com, Wicked Weed Brewing is bringing sour and farmhouse ales in bottles and in limited draft offerings to Colorado. A few hoppy beers will be available, but most of what we will see locally will be from the Wicked Weed sour program. We’ve already spotted Wicked Weed beers on the shelves at our local Bubbles Liquor World, so watch for them at your favorite bottle shop. At Bubbles we grabbed a 4-pack of Pernicious IPA, plus sours La Bonté and Oblivion. We wouldn’t be good beer bloggers if we didn’t take awkward photos of our purchases, so here you go:

Do you want to fully experience the Wicked Weed Brewing lineup and celebrate their Colorado launch? There are still two opportunities for you to take part in one of their Colorado kick-off parties. Tonight, Friday August 19, Freshcraft will have their Wicked Weed Launch Party starting at 5:30pm. Tomorrow Hops & Pie will host their own Wicked Weed Release Party on Saturday, August 20, at noon. Go check out one of these events and see what all the fuss is about. We’re confident you’ll find a style to love.

For more information on Wicked Weed Brewing, visit their website at wickedweedbrewing.com.