Out With the Old, In With the New

Written by Chris in Just Because 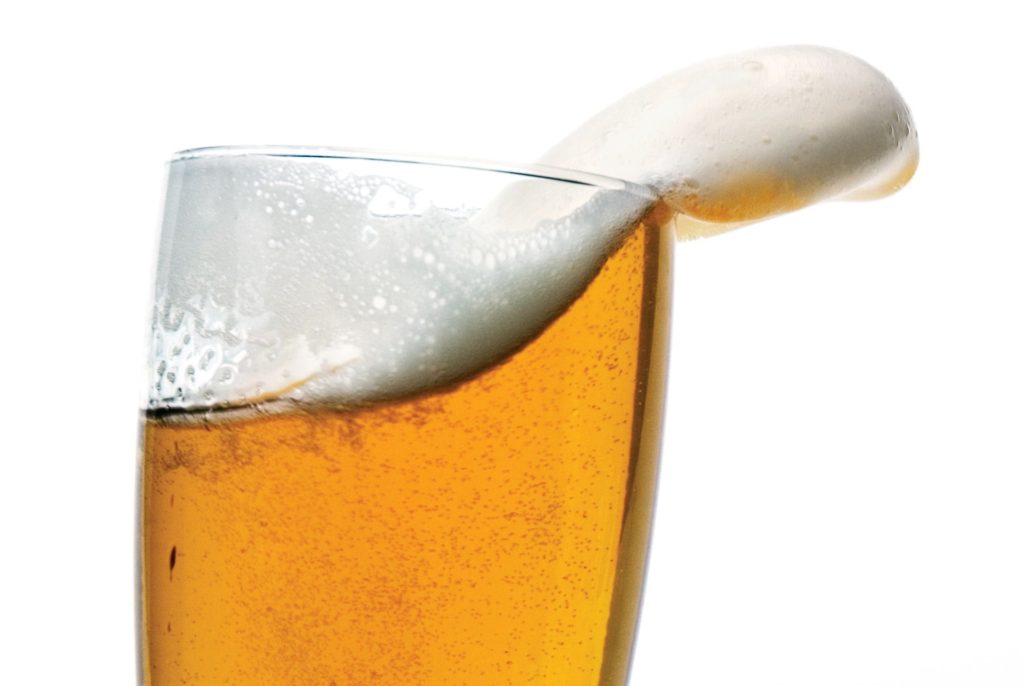 Hey guys, guess what? It’s 2017! We finally made it out of the dumpster fire that was 2016 and can once again be optimistic about the start of a new year. Or at least that’s how I was feeling on New Year’s Day, just before I got hit with the flu bug. We can’t blame 2017 for the virus, clearly the bug was just one final attack from 2016. Well played, 2016. You found a way to make things suck a full week after you ended. That is actually pretty impressive, in a sick and twisted way.

Thankfully, like 2016, the flu bug is finally behind us. Now we can focus on 2017, and we are full of enthusiasm at an opportunity for a fresh start with the new year.

Last year was a rough one. Several projects and commitments left us with busy schedules and a serious lack of free time. This had a direct effect on Bottle Makes Three, where our posts were sadly too few and far between. We love this site, so not getting to post much last year was tough. Worst of all, the less we wrote, the harder it was to get started again. We started to wonder if we really had the time to continue.

During the holidays we did a bit of soul-searching about this site. We’re fairly busy folks. Did we really have the time and energy to keep our beer blog going, in spite of everything else? Most importantly, was it worth it? Sure, we love it, but with so many other great beer sites out there, were we adding anything valuable to the craft beer narrative? After all, what did we have to offer that isn’t already out there in the great world wide interwebs of beer sites? 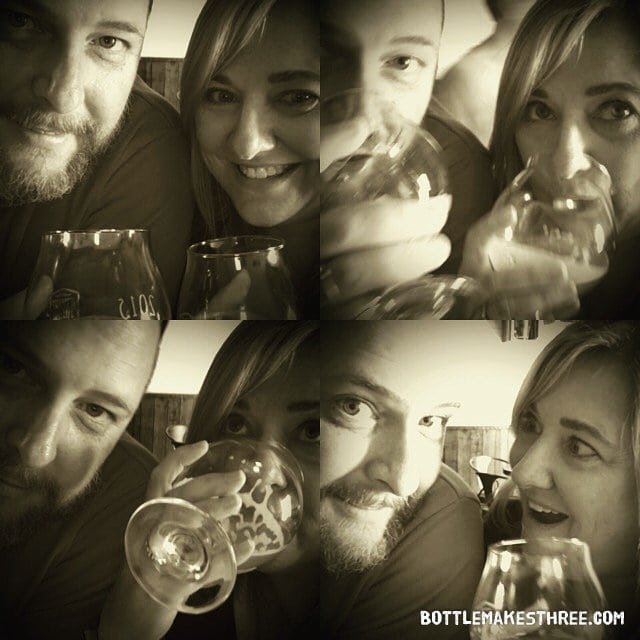 It’s been nearly five years since Jeff and I started Bottle Makes Three. The craft beer scene in Colorado was growing by leaps and bounds we when started this site. We had just discovered the joy in seeking out craft beer at the source, at our local breweries. We loved visiting new breweries, learning about their business and sampling their beers. It was such fun we decided to write about our adventures, and Bottle Makes Three was born.

Over the years, the number of Colorado breweries has doubled and the number of beer blogs and websites have grown exponentially. There are countless great beer sites out there. Some offer ratings and reviews, while others offer news and commentary, and much more. So we started to get a little insecure, wondering what we offered that wasn’t already being done? What value were we adding to the beer scene? Because in the end, if we’re not adding any value, was there really a reason to continue? I mean sure it’s fun for us, but is that enough?

We had many discussions over many more beers. Then suddenly, on New Years Eve, it hit us.

Yes, of course Bottle Make Three is different, and the reason was right in front of us all along. It’s right there in our name: Bottle Makes Three. There is a reason we called our site Bottle Makes Three, and not something more generic, like Colorado Craft Brew-A-Palooza. We are Bottle Makes Three because this site isn’t just about Colorado craft beer. It’s not even all about beer. Beer, aka the Bottle, is only one-third of the equation.

The other two-thirds of Bottle Makes Three are us: Jeff and Chris. If finally dawned on us that we are what make this site different from all the other beer sites out there. We are the reason we know that our site offers a unique point of view. We are the special sauce that makes this website, well, special. We created this blog because it was fun for us to share our passion for craft beer and our beer-filled adventures. WE are the reason we should keep writing, and we are the reason you should keep reading. 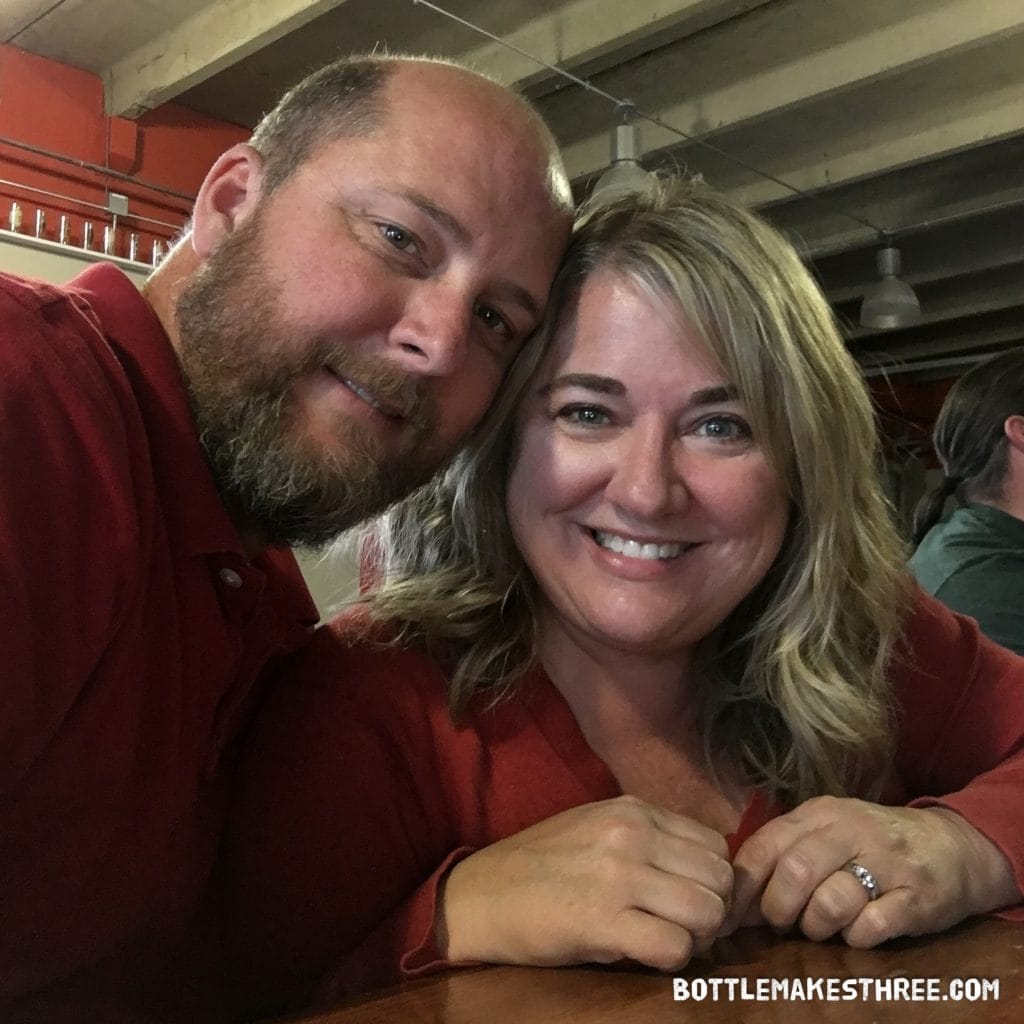 Please don’t misconstrue what we are saying as us being conceited. We are not implying that we are awesome bloggers, nor are we trying to to be self-centered or self-serving by saying that. In fact, quite the opposite! The only reason we believe you would care to read what we think about a particular beer or brewery is because we are just like you. We are a couple of normal folks who just happen to be passionate about craft beer. We aren’t experts or industry folks. We aren’t getting payment or ad revenue from our site. We are just regular people, just like you, only a bit geekier when it comes to beer. We do this because we love it, and for no other reason. We hope that our sincerity and enthusiasm makes up for our total lack of expertise.

Or maybe we are actually beer experts at this point? After all, we’ve been beer blogging for more than 4 years, and that’s something. During that time we’ve done a lot of “research” on the subject, to be certain! But it’s not just about the beer sampling. We homebrew our own beer. We read books and blogs about beer and stay updated on beer trends and news. We are constantly working to improve our knowledge of beer styles and ingredients. Over the years we have also learned so much from the real beer experts we meet during the course of writing this blog. So maybe we are pseudo-experts who have something to add to the conversation? I think it’s at least safe to say that our knowledge of craft beer makes us a bit smarter than the average bear.

Of course, bears don’t really know much about beer. At least as far as we know. We aren’t really bear experts, but we think it’s safe to say that there are no bear beer bloggers. If there are, please let us know, because a beer blogging bear is something we’d definitely want check out. It sounds freaking awesome.

Okay, maybe we went off point there, but that’s what you get with Bottle Makes Three. You get us, and all of our opinions, goofy tangents, and silly observations. You get real talk from a couple of beer dorks. We may not know everything, but we know enough to be dangerous, or at least a bit informative. We like to have fun, and sharing our stories is so much fun. So it looks like we’ll be sticking around. 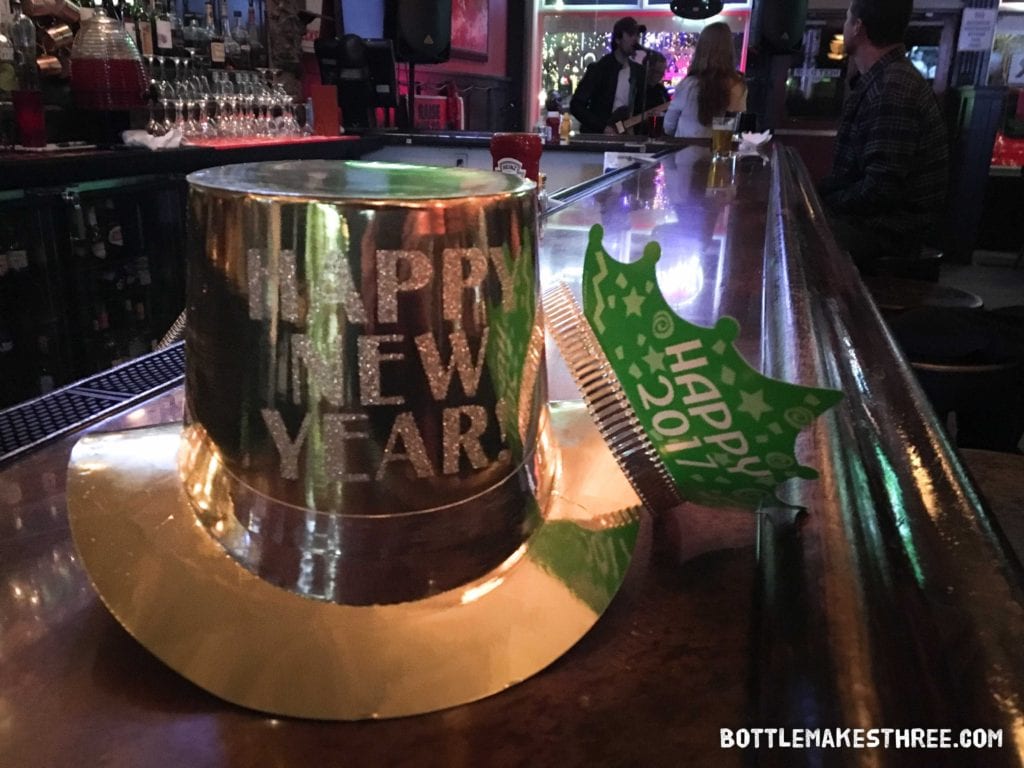 Now that we’ve established that we aren’t going anywhere, where do we go from here? Well, we are fired and up and ready to bring you some great new content in 2017. Not only will we continue to share our adventures with you, but we have some great ideas for new stories and subjects that we hope you’ll enjoy. So look forward to tons of new adventures and shenanigans in 2017. We will be delivering new stories each week, and we plan do to it the only way we know how: With a total lack of any real professionalism or boundaries. Ha!

In all seriousness, our content goal for 2017 is to bring you 2-3 stories per week. We may not always hit that target, but we will try really hard to deliver at least one new post per week. Perhaps more importantly, we want our stories to be original, fun and honest. We will work harder than ever to make sure the stories we post are informative, educational, inspirational, or at the very least, entertaining. We really hope you enjoy what we have planned for this year.

To recap, here’s what you really need to know:

How often will BMT publish news posts this year? As much as we can. At least once a week, hopefully more.

Will all the stories be about beer? For the most part, yes. But you never know when we may surprise you.

Will they all be perfect and professional-like? Ha! No way, that’s not likely. But we’ll try to keep them fun.

Will any of your stories be written by a bear? We would never rule that out. We love guest writers.

Thanks for reading, and going on these adventures with us. We are expecting exciting things for 2017, and we cannot wait to share them all with you.