Written by Chris in Beer, Events

The Collaboration Festival is returning to Denver for their 4th year on Saturday, March 25th. This is one of our favorite annual festivals because when great breweries come together to collaborate on a brew, you’re certain to get some very special and unique beers. This year the Collaboration Fest features more 100 beers from over 150 breweries, each made by two or more breweries partnering together. The collaborations often include Colorado breweries, but also feature brewers from across the country and the world. It’s the perfect event to end Colorado Craft Beer Week (March 18 through March 25).

This year we’re not only attending the festival, but we were fortunate enough to hang out during some local brew days. We were especially excited to stop in when Chain Reaction Brewing Company visited our local Castle Rock favorite, 105 West Brewing Company. Not even the snow that arrived on brew day could keep us from finding out what these two breweries had up their sleeves for their collaboration. 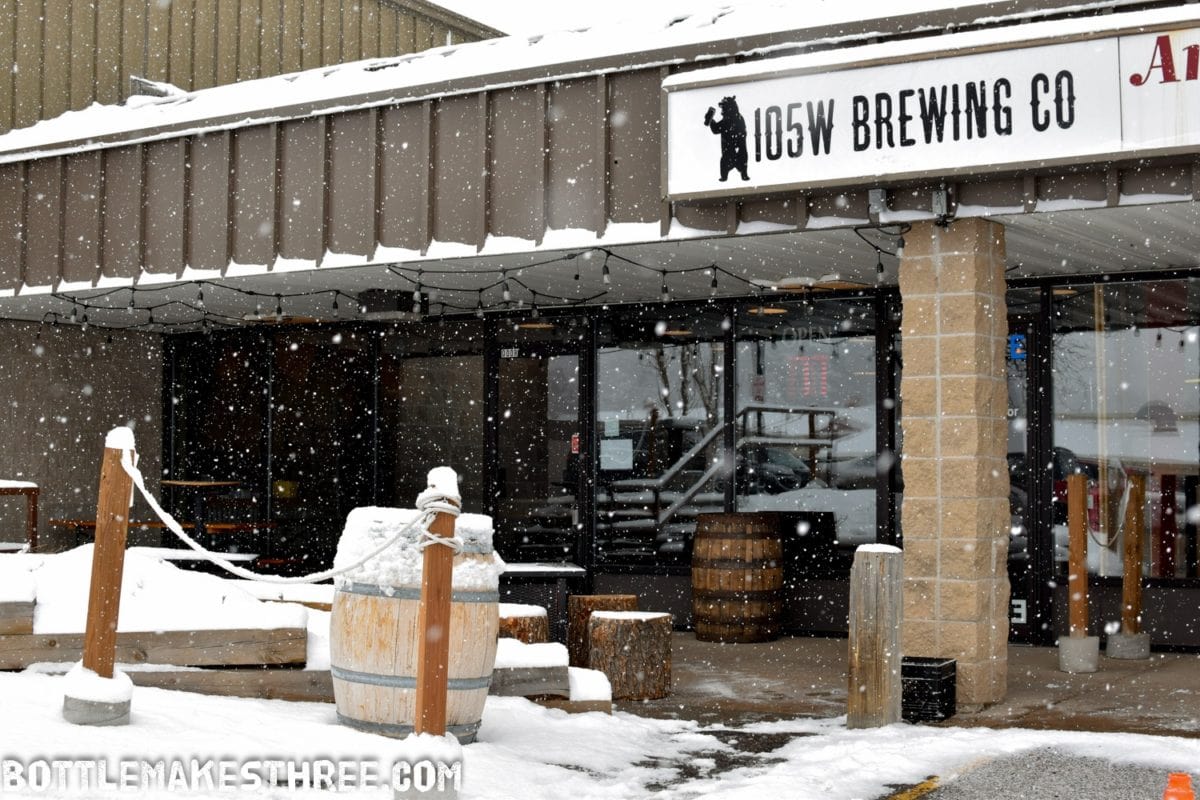 When we arrived at 105 West Brewing Company, brewers Kjell Wygant and Chad Christofferson had already started brewing their collab beer, Intergalactichoptopia. The beer, a Peach Rye IPA, is one that the two breweries dreamt up during a late night conversation. This IPA features a blend of tropical El Dorado and Galaxy hops to compliment the peach flavor. Then they add rye, and this batch brewed at 105 West will be made with a Hefeweizen yeast. A second batch of  Intergalactichoptopia is being brewed at Chain Reaction Brewing that will follow the same recipe, but will instead use a California Ale yeast.

Though 105 West Brewing Company makes an impressive lineup of great beers, their brewing space is fairly compact. We did our best to stay out of the way as they created this batch of Intergalactichoptopia. However being in close quarters, we did manage to take a lot of photos of the action:

We’re super excited to try both the 105 West Brewing and Chain Reaction Brewing versions of Intergalactichoptopia at the Collaboration Fest. Make sure you stop and check them out, too. If you can’t get enough at the festival, you may be able to find Intergalactichoptopia at either of the two breweries after the festival. But why risk it? It’s a better idea to get your Collaboration Fest tickets today, so you can enjoy this brew and the hundred or so others that will be on tap. Many of these beers won’t be found anywhere else, so don’t miss out.

Tickets are on sale now for the 4th Annual Collaboration Festival. Get them while they last! This year the festival moves to a new (bigger) space at the National Western Complex. In addition to beers, the festival will offer live music and food for purchase from several vendors. Don’t miss out on this one-of-a-kind beer fest!

More Information: You can buy tickets, and view the list of participating breweries and what they’ll be pouring at: collaborationfest.com