Written by Chris in Beer, Events

If you’re looking for a reason to get rye-led up this month, we have just the event for you. The Denver Rye Fest returns for their 3rd year on Saturday, March 18. The festival features an awesome collection of Denver-area breweries pouring some supryesingly tasty brews. The Denver Rye Fest offers incredible beer, music, and hopefully some rye-inspired puns much more creative than ours. In short, it’s going to all-ryete! 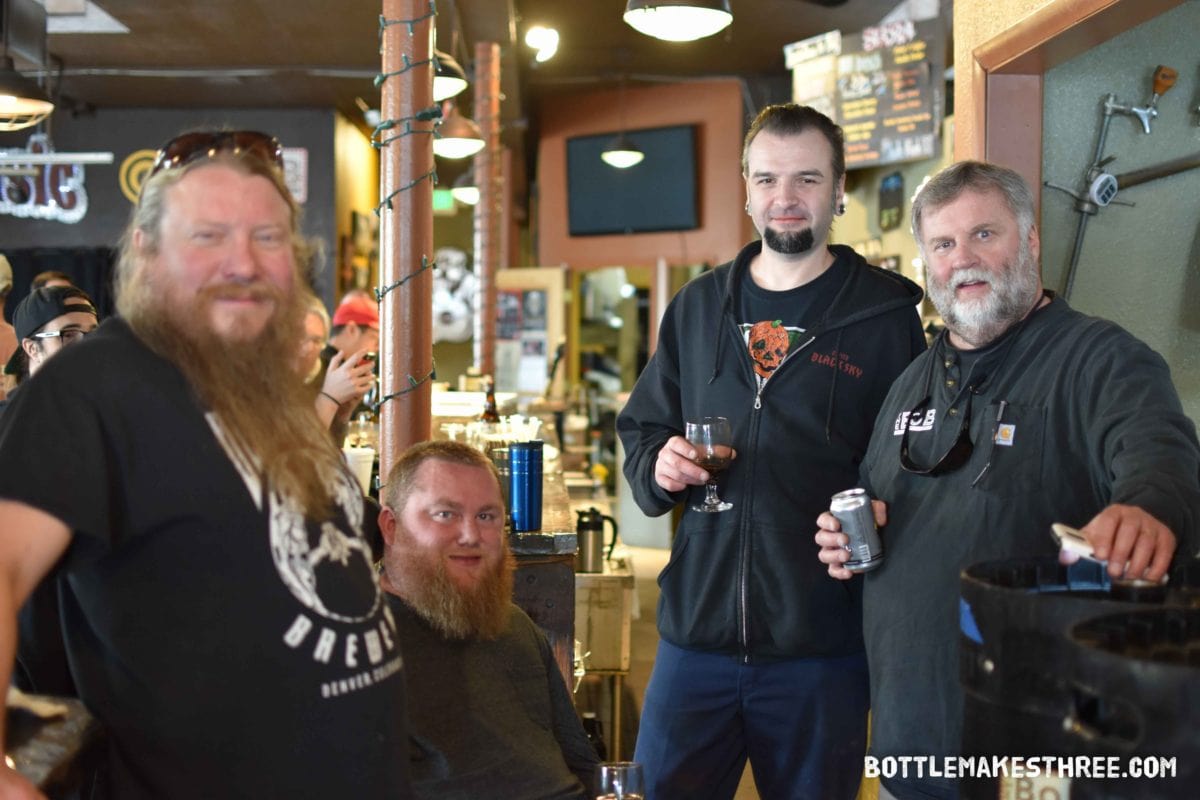 History of the Denver Rye Fest

The Denver Rye Fest started when Webster and a few other rye-loving co-conspirators — Harry Smith from Black Sky Brewery, and Zack and Chad Christofferson from Chain Reaction Brewing — said “rye the hell not” to throwing their own beer festival. The 1st annual Rye Fest was held at Black Sky Brewery in 2015. It was such a hit that they did it again last year. This year, Brew on Broadway is hosting the 3rd annual event, and it promises to be the biggest yet. The 2017 Denver Rye Fest features 11 participating breweries. Breweries include; Black Sky Brewery, The Brew on Broadway, Strange Craft Beer Company, Chain Reaction Brewing Company, CAUTION: Brewing Co., FERMÆNTRA, Brewery Rickoli Ltd., Boggy Draw Brewery, Dead Hippie Brewing, Halfpenny Brewing Company, and Barnett & Son Brewing Co.

All of the Denver Rye Fest participating breweries gathered at The BoB on a cold, February morning to brew a special collaboration beer for the festival. While the photos may make it seem like a lot of standing around was going on, we can assure you that everyone had an active role in making this brew. We took some photos but mostly kept busy just trying to stay out of the way while they were creating their showcase rye brew.

The collaboration beer is a double-red rye New England style IPA, and it will be released at the Denver Rye Fest. If you miss it there, you can also try this rye collaboration brew at the Collaboration Beer Fest on March 25th. With such great breweries coming together to create this beer, it should go without saying that we can’t wait to try it. It seems like a good idea (to us) to attend both festivals, just to make sure we don’t miss out.

The Denver Rye Fest takes place on Saturday, March 18 at The Brew on Broadway. Tickets are $40. In addition to the rye-inspired beer lineup, admission includes live music from the Denver Celtics and The Rye Pushers. Food will be available for purchase from El Toro the Tot Food Truck. Proceeds from this event benefit the Colorado Adaptive Sports Foundation.

You can also try this special Denver Rye Fest collaboration at the 4th Annual Collaboration Beer Fest. You should probably just attend both festivals, just to be sure to get your fill of this great brew. The Collaboration Fest takes place Saturday, March 25 at the National Western Complex. For more details and ticket information visit collaborationfest.com.