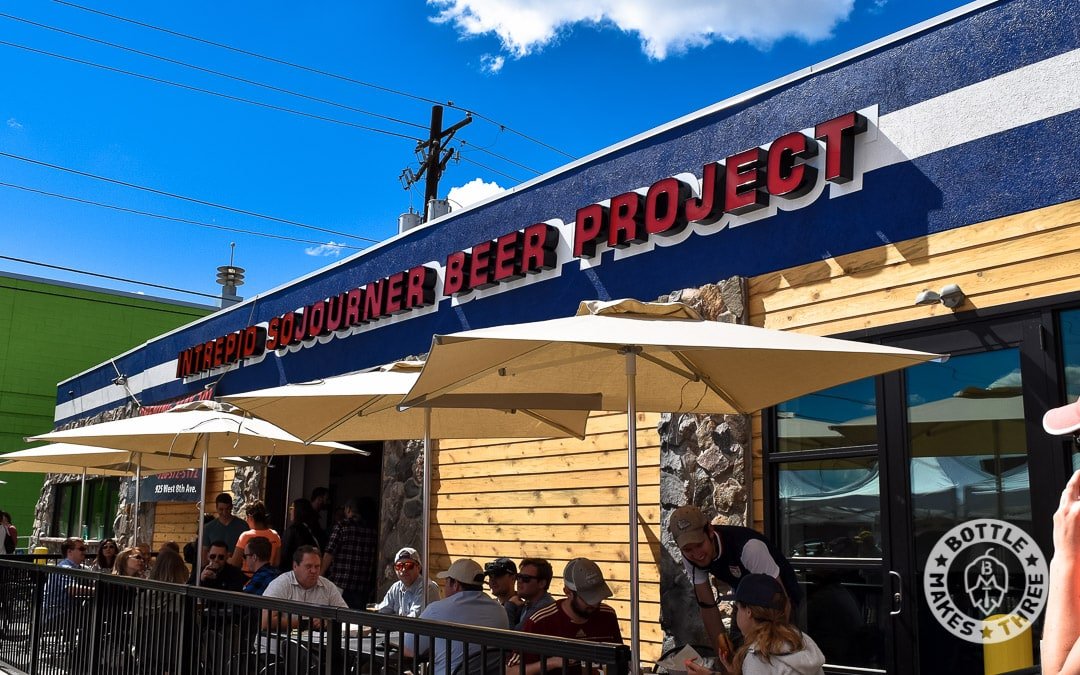 On Saturday May 20, the Intrepid Sojourner Beer Project opened in the Denver Santa Fe Arts District. Owners Andrew Moore (formerly of 105 West Brewing Co) and Ben Gettinger had promised a brewery that would specialize in internationally inspired beers, and we would say they nailed it.

We arrived at Intrepid Sojourner Beer Project on the afternoon of their grand opening. They were packed with thirsty craft beer lovers, ready to try something bold and new. They would not be disappointed… but more on that later. The small parking lot was converted to an outdoor patio for the event, which many customers took advantage of it on such a beautiful day. Barbed Wire Beef was there, cooking up tasty food to accompany the beer. It was the perfect makings of a great grand opening party. 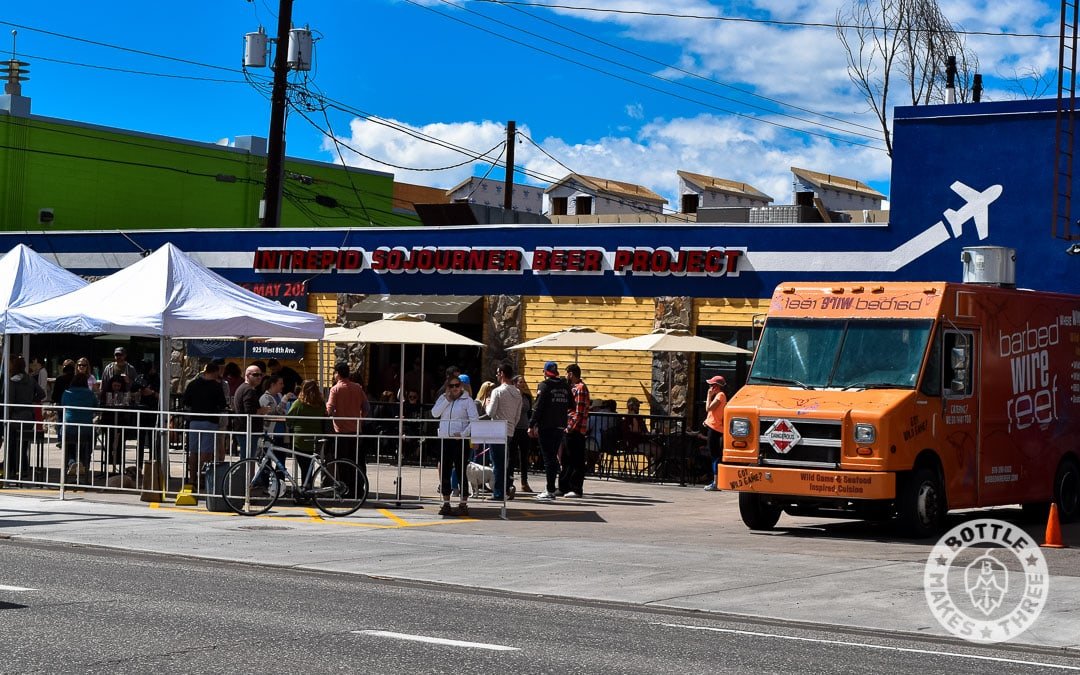 Inside the taproom it was clear that travel was a big inspiration behind the brewery. There were vintage maps, suitcases converted to shelves, and travel books galore. It was enough to give us a good dose of wanderlust. This would be the perfect place to enjoy some beers while planning your next great adventure.

The beers at Intrepid Sojourner were adventurous as well. Some of the beers on the menu when we visited included a Lavender Tripel, Chamomile Hefe-Wit, a Strong Scotch Ale and a Pear Saison. They also make a Grätzer, a smoked wheat style of beer that originated in Poland. It’s safe to say you don’t find that beer just anywhere nowadays.

Perhaps the most buzz-worthy beer on the opening day menu was their Garlic Amber. It’s one of those beers you aren’t sure will work, but you just have to try. Whether it’s for curiosity or on a dare, you just can’t see a Garlic Amber on the menu and not want to try it. We tried it, and for the record, it was quite good! The garlic was not overpowering at all and balanced well with the sweetness of the malt. It was pretty tasty! 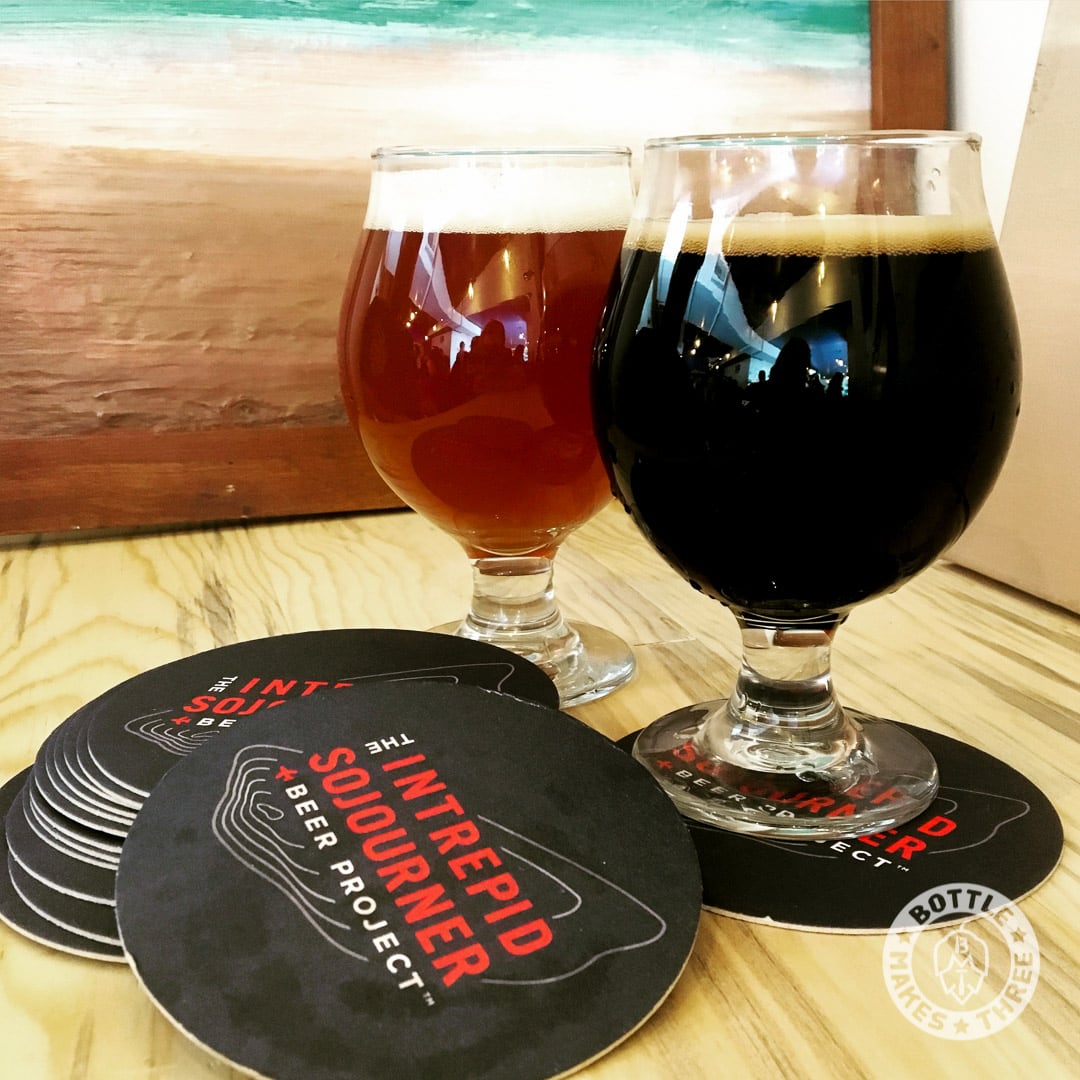 We were impressed with the other beers we tried, too. I am a sucker for great coffee beers, so I was in heaven with the Turkish Coffee Stout. It was dark and rich, spiced with cardamom and orange. It was fantastic! Meanwhile, Jeff’s instant favorite was the Basil IPA, with it’s great blend of sweet basil and hop bitterness. We also both enjoyed the Apricot & Date Hefeweizen. It was fruity, smooth and and delicious. 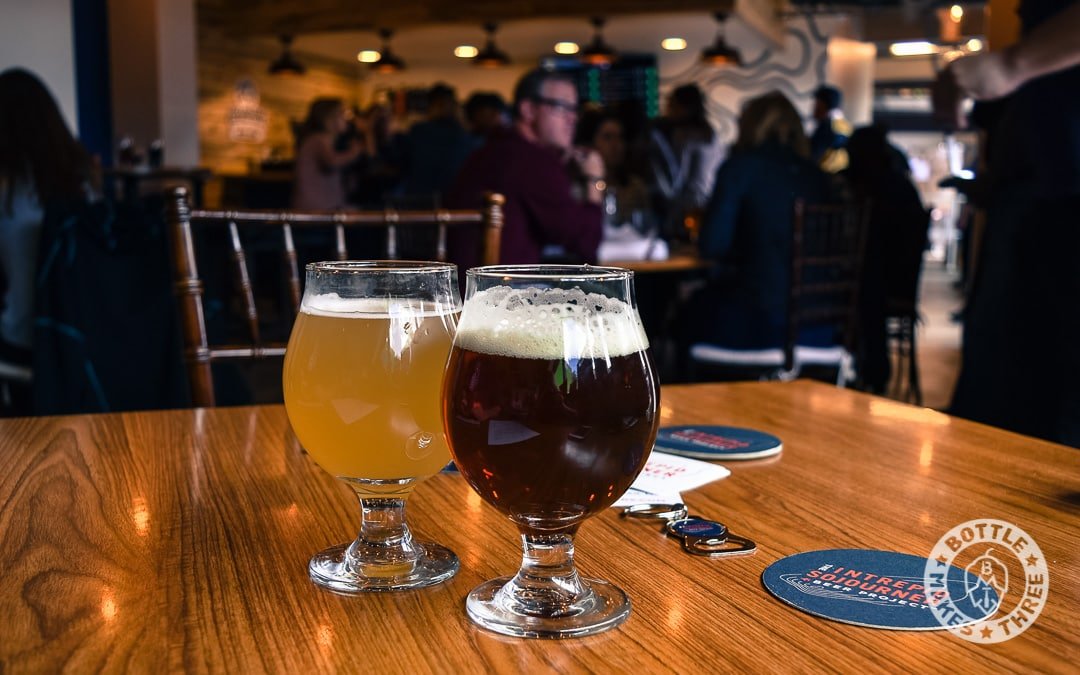 Clearly, we loved Intrepid Sojourner! The beer was wonderfully different and inspired, and the brewery is a fantastic addition to the Denver area beer scene. A visit there can feel like a little get-away in the midst of the daily grind. It’s nice to know that until we can do a bit of exploration of our own, we can dream of worldly adventures while enjoying Intrepid Sojourner beers.

If you don’t already want to immediately head to the Intrepid Sojourner Beer Project, just visit their website. More specifically, check out their Sojourner Blog. Sure, there’s only one post on there at the moment… however what a post it is! Andrew Moore’s blog entry describes his inspiration for the Turkish Coffee Stout. It includes anecdotes from Moore’s work as an archaeologist in Turkey. It reads less like a brewery website and more like a great travel blog.  It makes me want to return to Intrepid Sojourner right now, just so I can sip the beer while reading the story. We hope Intrepid Sojourner continues to pair their beers with such incredible tales. 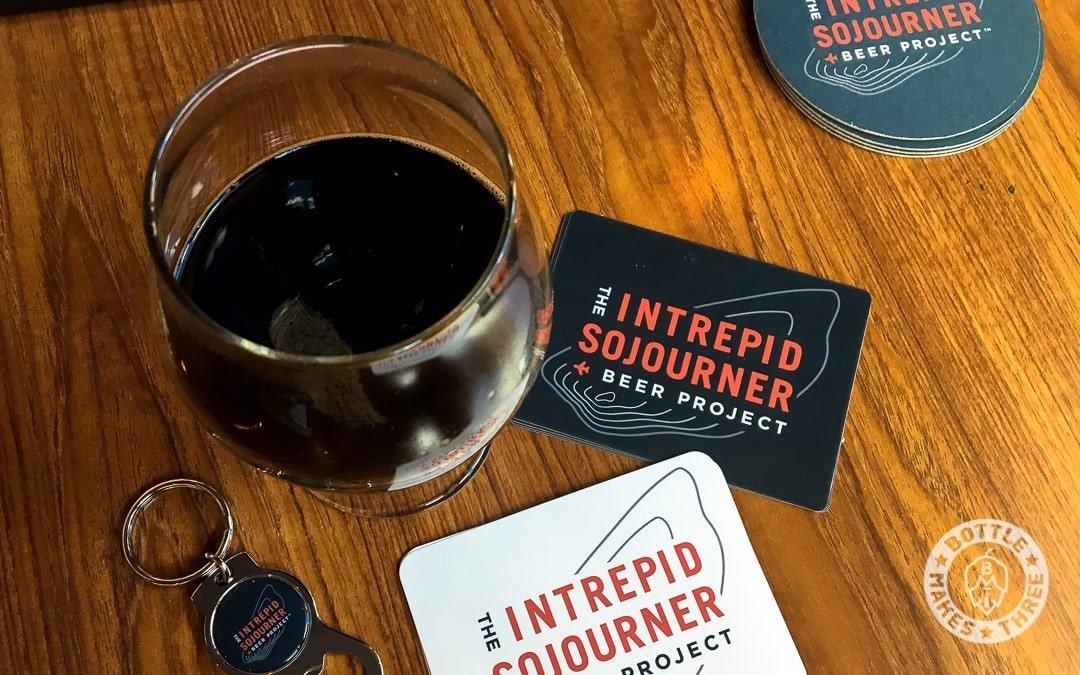 About The Intrepid Sojourner Beer Project

Have you been to The Intrepid Sojourner Beer Project? Did you totally love them, too? If you haven’t visited yet, what are you waiting for?! Go check them out and report back. We’d love to hear your thoughts on this new Denver brewery and your favorite Intrepid Sojourner beers.

This Week in Beer News