Written by Chris in GABF, News

The 2017 Great American Beer Festival (GABF) competition concluded on Saturday. The ceremony awarded 293 gold, silver and bronze medals to some of the best commercial breweries in the United States, plus 3 GABF Pro-Am teams of homebrewers & professionals. Colorado breweries claimed 38 of these medals, maintaining the same medal count as they’ve had the previous two years. In a competition that saw a total of 7,923 entries from 2,217 breweries, maintaining 38 is an accomplishment worth celebrating. Only California took home more medals, with a total of 57.

In addition to all the winning, this year’s award ceremony was full of surprises and first. Read on for our highlights of the GABF awards and see which local breweries took home some GABF hardware. 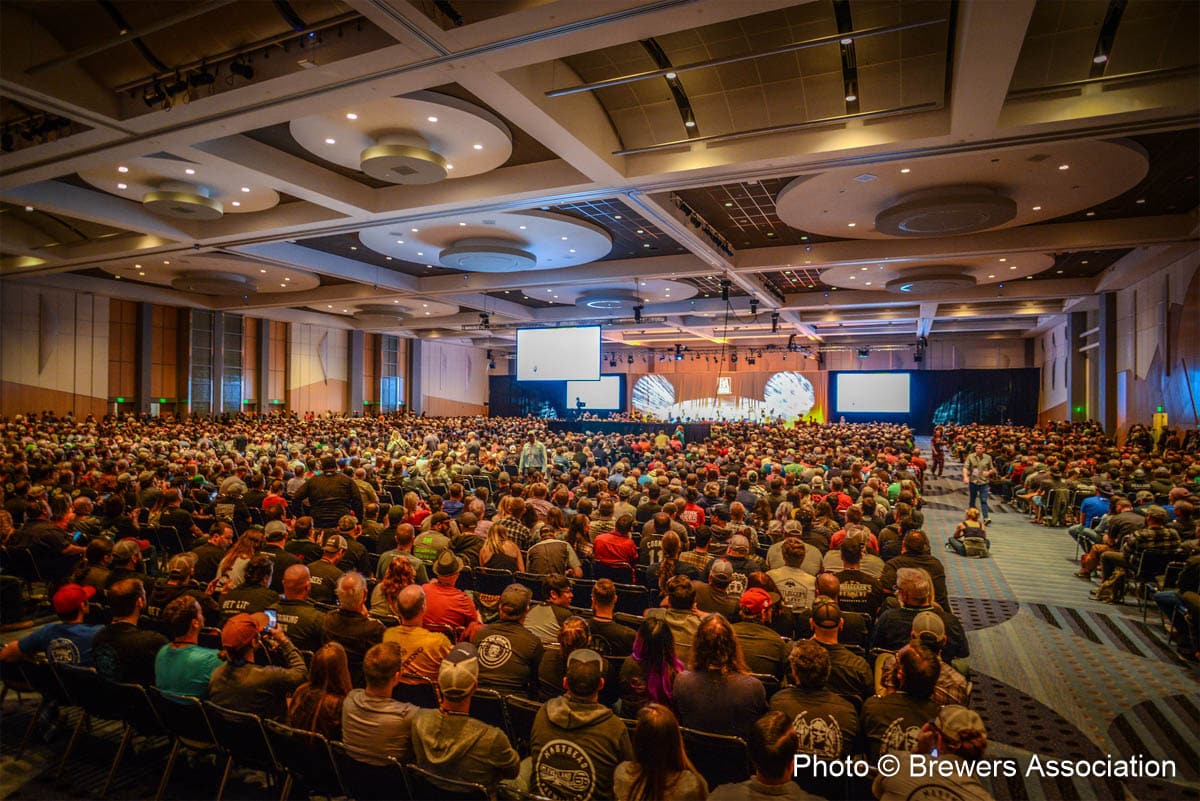 Longmont’s Wibby Brewing took the silver medal in the Munich-Style Dunkel category for their Moondoor Dunkel, but that’s not what the most memorable part of their time on the GABF stage. While accepting their award, Ryan Wibby took a knee to propose to his girlfriend, Robin. She said yes, thank goodness, and the room erupted in cheers for the happy couple.

When Golden’s New Terrain Brewing accepted a silver medal in the Belgian-Style Witbier category for their beer Suntrip, an especially fuzzy guest joined them on stage – and no, this is not a beard joke. Elaia the brewery cat joined in the celebration when one of her humans, Michael Roberts of New Terrain, went up to accept their medal. It only seems fitting, since Elaia loves to tag along for brewery adventures. When we met her later in the GABF session, she seemed sweet and calm as ever, so clearly, her moment of GABF fame hasn’t gone to her head.

Lone Tree Brewing Company has much to celebrate! The brewery took home their first-ever gold for their Mexican Lager, which came out on top of the American-Style Lager or Malt Liquor category. This is huge, considering a gold in this category hasn’t been won by an independent brewery in over 15 years, instead usually going to the likes of Pabst, Coors or Miller. If that wasn’t enough, Lone Tree Brewing is also the only Colorado brewery to win multiple medals this at GABF this year. They also claimed a silver in the Imperial Red Ale category for their Hop Zombie. Well done, LTBC!

Of the 38 medals handed out in our state, 10 went to first-time winners. Since we know your first time is always special, we wanted to offer a special congrats to the breweries who won their first GABF medals this year. We hope this is the first of many! Congratulations to: 105 West Brewing Company, Cellar West Artisan Ales, CO-Brew, Copper Club Brewing, Finkel & Garf Brewing Co, Jessup Farm Barrel House, Launch Pad Brewing, Little Machine Beer, New Terrain Brewing, and Square Peg Brewerks. Someone go buy these winners a chicken dinner!

The only GABF medal not awarded this year was the gold medal for the fruited American-style sour ale category. Even with 105 entries, the judges did not choose a gold medal winner. Based on their guidelines this means that they did not feel any of the entries were world-class beers that accurately exemplified the style with a proper balance of taste, aroma, and appearance. Fortunately, Colorado sour beers did better in other categories. Castle Rock’s Rockyard Brewing earned a gold medal in the Wood- and Barrel-Aged Sour Beer category for their Plum Creek Sour. Loveland Aleworks earned a bronze in the same category for their 5th Anniversary Tequila Sour. Baere Brewing Co won bronze for their Blackberry Table Sour in the Berliner-Style Weisse category.

Below is a full list of our Colorado GABF winners. Congratulations to all the Colorado breweries who took home some GABF bling this year!

Want to see what other states won awards in this year’s GABF beer competition?  View the 2017 winners or download a PDF list of the winners to see all the results.

Cheers to all the breweries who competed. You’re all winners to us!

The Great American Beer Festival: So Much More Than Beer