Written by Chris in Events, Gear

Photographer Dustin Hall brings the art of photography and the art of brewing together in his new book, Discovering Colorado Breweries. In this 232-page coffee table book you will find the stunning photographs Hall has taken at over 70 Colorado craft breweries. While the book doesn’t get released until next month, we think just the promise of this book would make a great holiday gift for any Colorado craft beer lover!

After nearly four years of photographing Colorado craft breweries, Hall along with his wife Marcia decided to take their passion project one step further by creating a photography book of Dustin’s work. Hall wanted to share the story by documenting every little detail on what it takes to run a brewery on a day-to-day basis.

On May 13, 2016 the couple launched a Kickstarter campaign to help fund the book’s printing. With the generous backing of more than 300 individuals and businesses, “Discovering Colorado Breweries” was fully backed in less than eight hours.

[pullquote cite=”Dustin Hall” type=”left”]Photography for me is about capturing the moment. Maybe it’s the brewer mashing in for the first time or simply someone having a great time at a beer festival. I want to capture the hard work and passion that goes into brewing a beer.[/pullquote]

“I hope this book will be a catalyst for people to go out and explore the amazing craft breweries in Colorado and around the country. There is so much appreciation to be had for the beer that we drink and the hard work that goes into creating it,” said Hall.

Discovering Colorado Breweries will be released on January 20, 2018 and retails for $49.99. Purchase your copy at Falling Rock Tap House and in select brewery taprooms throughout the state. For more information on where you can buy the book visit http://brewtographyproject.com/book/.

After four years of photographing and almost two years of pre-press work, join The Brewtography Project’s Dustin Hall as he celebrates the release of Discovering Colorado Breweries! If you were a Kickstarter backer, you can claim your rewards at this event. If you missed being a backer or if you just want a few more copies for your friends, additional copies will be available for purchase. Come down to pick up or purchase your book and enjoy a beer on The Brewtography Project! 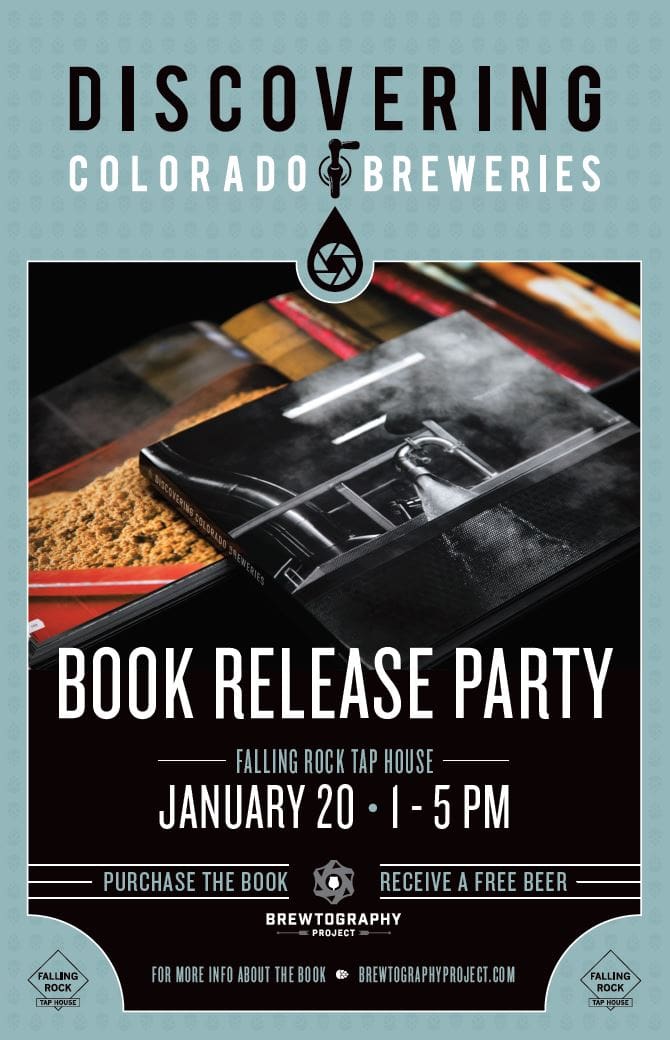 About Dustin Hall and The Brewtography Project

Dustin Hall is a Denver-based photographer and advocate of the craft brewing industry. Since 2012, he has traveled the state of Colorado, documenting more than 140 breweries and enjoying many more. For more information visit the brewtographyproject.com.