A Night To Remember Beer Festival 2016

In the early morning hours of July 20, 2012, 12 people were killed, 70 more were injured, and countless others had their lives forever changed in the Aurora, Colorado theater tragedy. Alex Teves was one of the twelve victims who lost his life that night. We didn’t know Alex personally, but Copper Kettle Brewing Company did. Alex was their friend, their customer, and Copper Kettle Brew Club member #28. In honor of Alex and all the other victims in Aurora, Copper Kettle created “A Night To Remember” Beer Festival.  This annual gathering is a chance for the community to get together and raise their glasses to the victims, raise the spirits of the survivors, and raise funds for a meaningful cause.

Jeff and I have wanted to attend this beer festival for years, but the scheduling never worked out until this year. Last Sunday, July 17th, we attended the 5th Annual “A Night to Remember” Beer Festival at the Four Mile Historic Park. Now that we’ve been, we don’t ever plan to miss this festival ever again.

Yes, at times it was an emotional day. We stood in line with survivors and shared beers with first responders. We heard from parents of some of the victims, including the father of Alex Teves. Together we all raised a glass in remembrance as each of the 12 victim’s names were read. Yet despite the sadness, the day as a whole was not sad. The feeling was more of a celebration of strength, healing, and hope. It was a celebration of life. At many times it felt more like a family reunion than a beer festival or fundraiser, and in many ways it was. Most of all, this was a way for the community of Aurora and beyond to stand together and be #AuroraStrong. 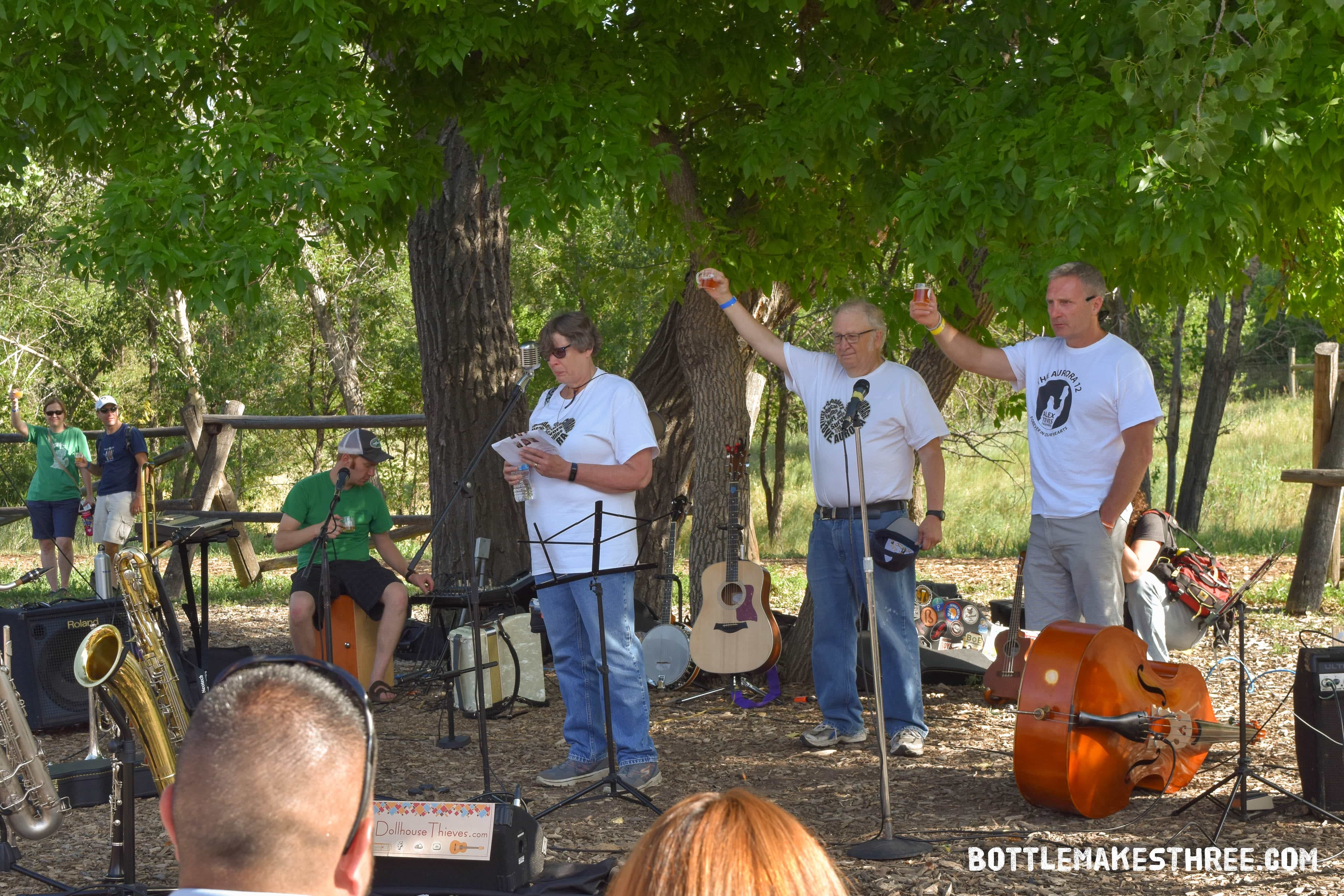 Don’t think for a minute that “A Night To Remember” wasn’t about letting loose and having some fun, because we had such an amazingly fun time! There was live music and dancing, food trucks, a silent auction with great prizes, and even a dunk tank! You heard me, there was a dunk tank, with local brewers taking turns objecting themselves to being dunked for charity. It was a really hot day so I don’t know that getting dunked was such a bad idea, and sometimes we’d stand nearby just to cool down when they made a splash. This was a great chance to dunk a local brewer, and we didn’t pass it up. Jeff and I both surprised ourselves with our pitching skills (we didn’t think we had any!) and we manged to successfully dunk Danny from Caution Brewing. Sorry Danny, but it was all in good fun and for a good cause!

Adding to the fun and games of the day was plenty of great beer. A total of 33 Colorado breweries and cideries were in attendance, all pouring some of their finest brews. There were too many great beers to name. They had several of our favorites, like Comrade Brewing’s Superpower IPA, Cerebral Brewing’s Muscle Memory and Ratio Brewing’s Dear You. We also found some surprising new favorites, like Launch Pad Brewery’s Key Lime Pie, Barrel’s and Bottles Beer for President, and Locavore Beer Company’s Jolly Farmer watermelon wheat beer. Everyone was pouring really great stuff, and all the brewers were there to talk about their brews. They donated their beers and their time so that all proceeds could go to the ACT Foundation in Alex Teves’ name. 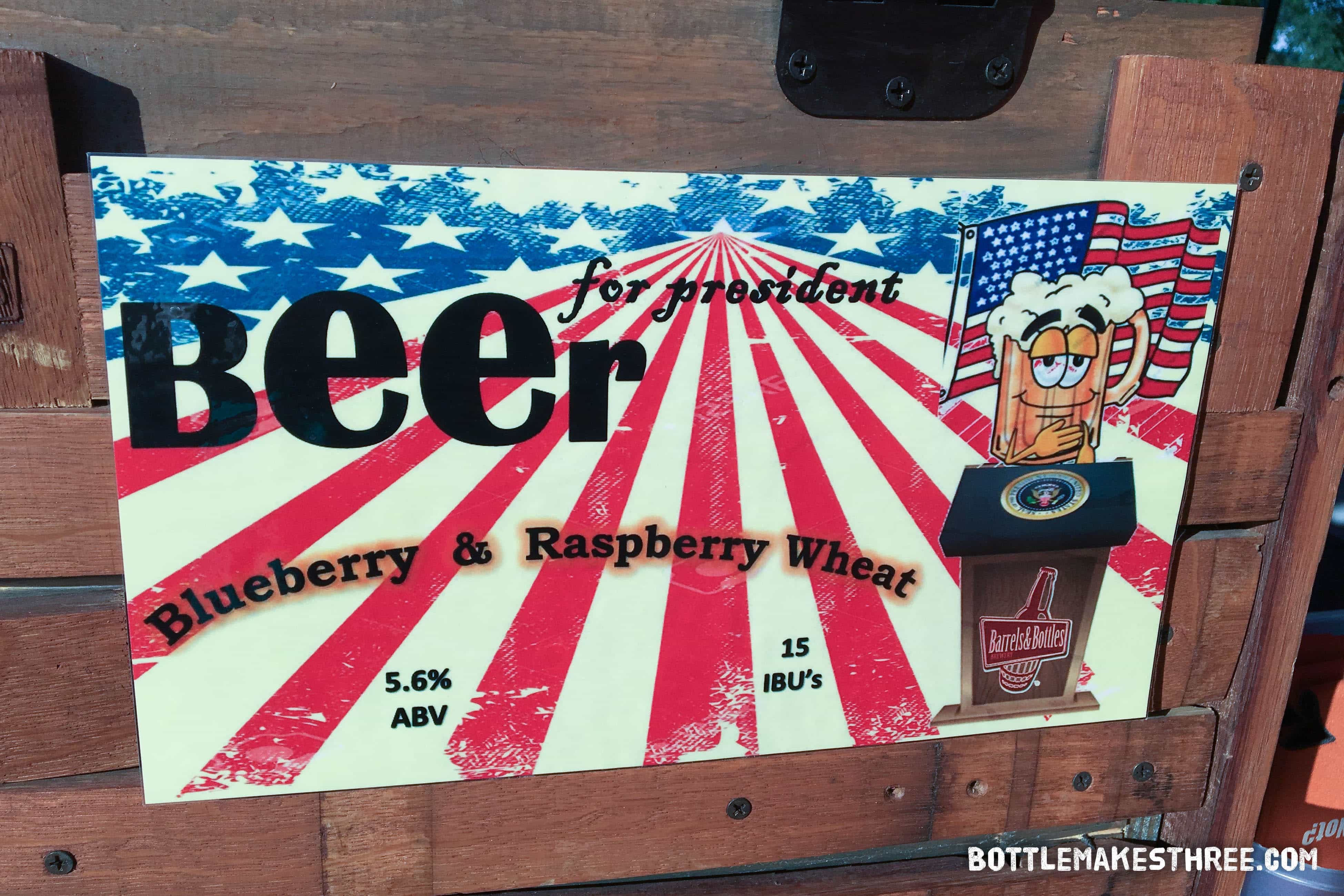 We were able to try a special beer, Aurora Strong Ale, made just for this event. The Fermentologist brew club worked with 7 different Aurora area breweries, and each one made their own version of this Belgian strong ale. The Fermentologist poured all seven versions at their tent, using an Aurora Strong jockey box they made especially for the event. We tried a few versions and they were all delicious. Aurora Strong Ale is available at the participating breweries (Copper Kettle, Dad & Dudes Breweria, Dry Dock Brewing, Launch Pad Brewery, Mu Brewery, Two22 Brew, and Ursula Brewery) while supplies last.

There was one more reason we became instant fans of “A Night to Remember” Beer Festival: the location. This is the only beer festival that’s held annually at Four Mile Historic Park. With 12-acres of rustic yet beautiful surroundings, we fell in love with this park. On site is Denver’s oldest still-standing house, surrounded by old structures and equipment, a garden, and several animals. In between beers we wandered the grounds and visited the chickens, goats and horses. It was the best location for a beer festival ever and truly added to the enjoyment of the day. 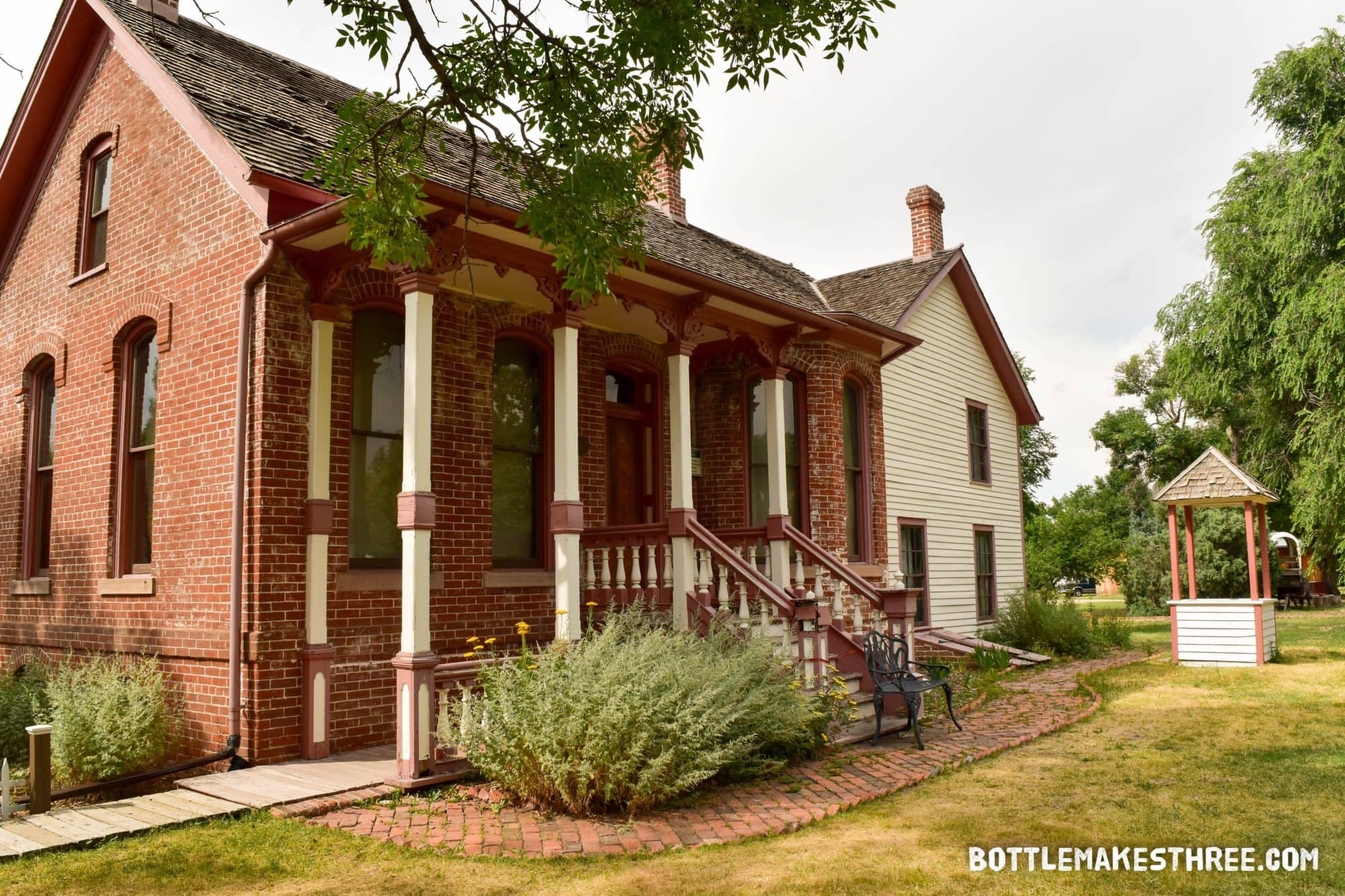 As if that weren’t enough, we ran into 9News anchor Kyle Clark and his lovely wife at “A Night to Remember.” If we hadn’t convinced you already that this was a beer festival worth attending, getting an opportunity to rub elbows with one of Denver’s best news personalities should be reason enough to attend. Kyle was very gracious and took a photo with Jeff, who between you and me, has always been jealous of my photo with Kyle Clark from a few years ago. Thanks Kyle for being such a great sport! 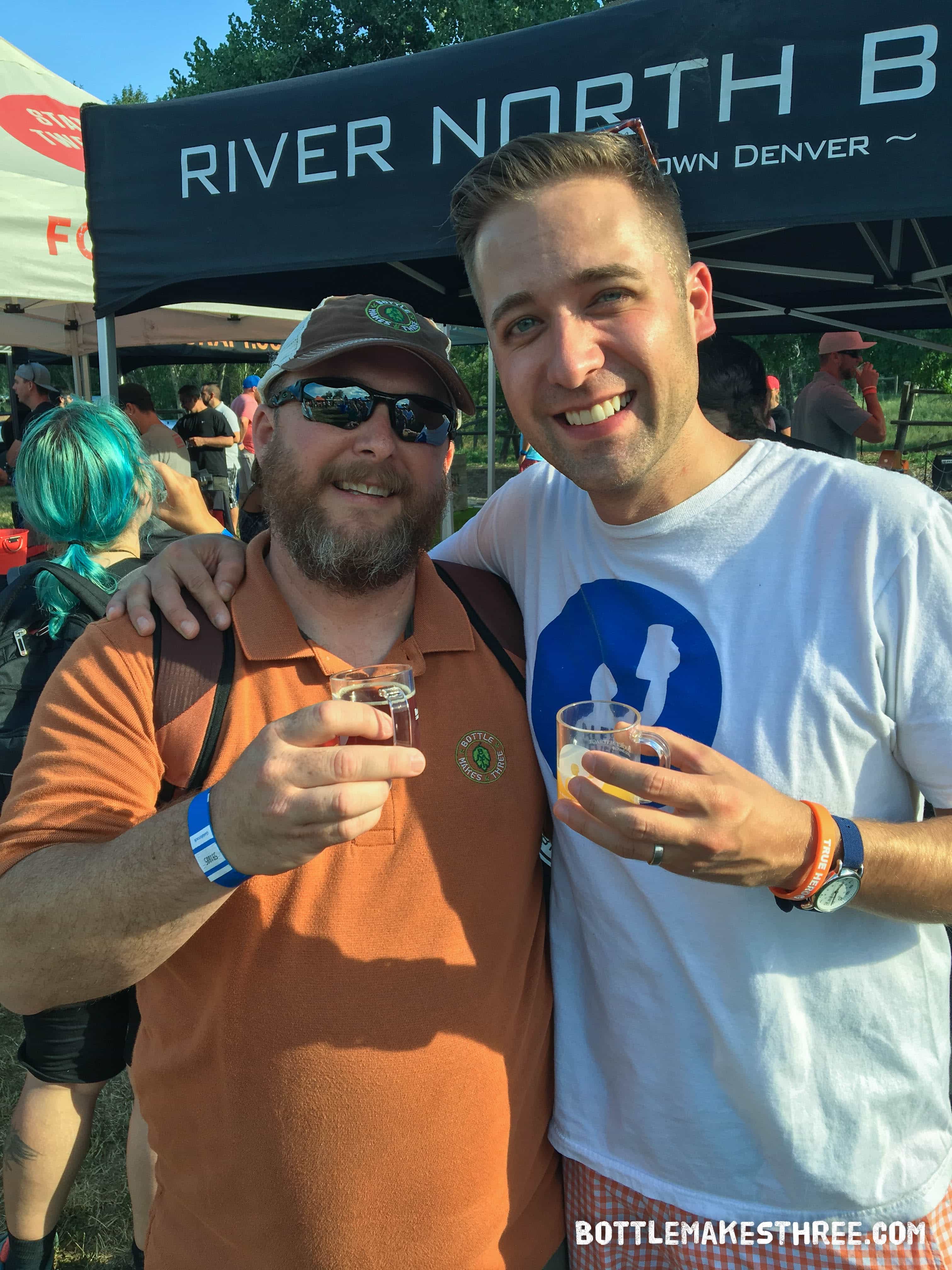 How You Can Support the ACT Foundation

100% of the proceeds for “A Night To Remember” goes to the ACT Foundation, providing scholarships for students attending the Humanex Academy, where Alex Teves worked as a counselor. You can also learn more about the ACT Foundation and make a personal donation at https://act-foundation.org/.

We highly recommend “A Night To Remember” Beer Festival. We’d love to have you join us there next year. It’s a wonderful way to support the community and show that we are all #AuroraStrong. 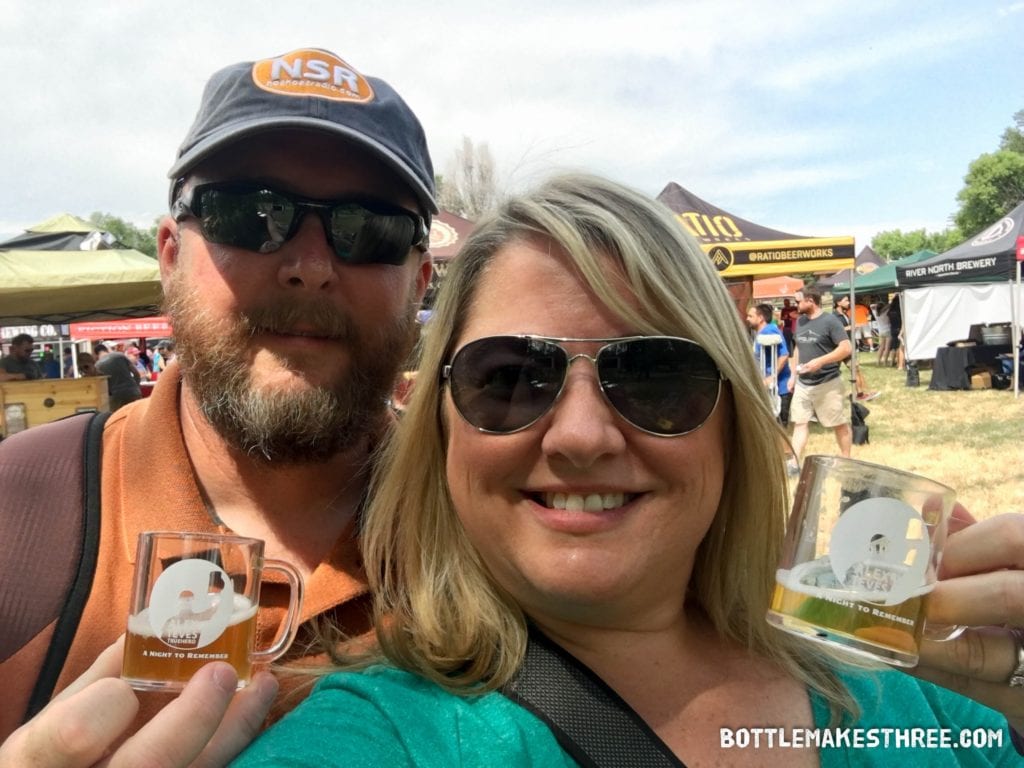 5 (More) Boulder Breweries Worth A Visit