The Collaboration Fest took place last weekend and we think this year’s fest was the best yet! In its 5th year, the Collaboration Fest has already emerged as one of our most anticipated beer festivals of the year. Attending the festival is the perfect way to kick off Colorado Craft Beer Week. 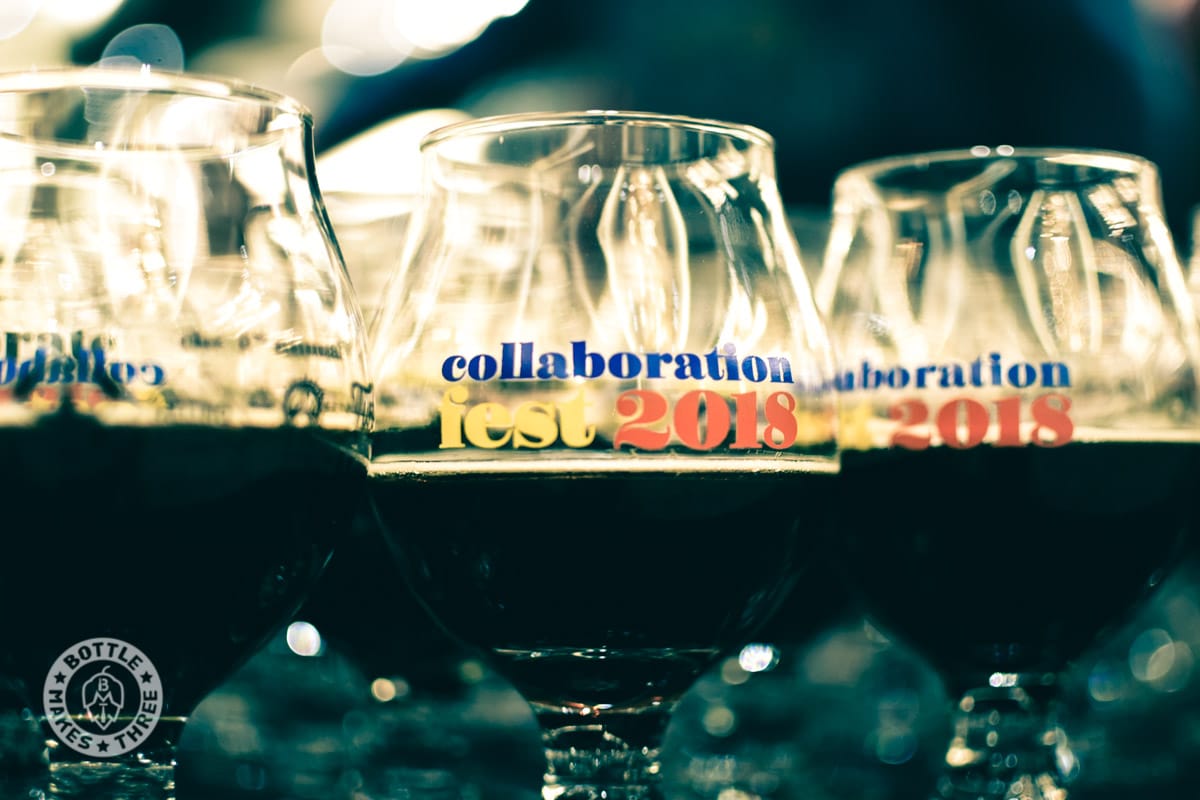 What made this year’s Collaboration Fest so great? Here’s a quick recap of what we loved about the festival this year:

You won’t find the same old tired beers at the Collaboration Fest. Beer served here are brewed just for this festival, ensuring you will have totally new and unique brews to taste. What makes them more special is the camaraderie that goes into each brew. Each beer is made by one or more Colorado craft breweries, who work in collaboration with someone else – be it another brewery, several breweries, or in some cases, even a few non-brewery participants. While they say too many cooks will spoil the stock, nothing is further from the truth when making great beer. When it comes to craft beer the more accurate saying is “Teamwork Makes the Dream Work!”

With more than 200 breweries combining to make beer for this festival, there is more than enough great beer to satisfy any type of beer drinker. In fact, there are so many great brews being offered that it would be impossible, or at least ill-advised, to try to taste them all. Fortunately, this year’s festival offered some great program booklets to help you find your favorite breweries and beer styles on the festival floor. The booklet was also made to help you keep track of your favorites, which we tried to do for a while. Unfortunately, as we typically experience when surrounded by so much awesome beer, we quickly lost track. We certainly missed tasting lots of fantastic beer. Nevertheless, we have no complaints. We tasted a lot of excellent brews.

A Few Of Our 2018 Collab Fest Favorites

This is just a small taste of what we enjoyed at the Collaboration Fest because, honestly, there were too many great beers to list. However these were beers we went back for more than once, you know, to make extra certain they were good!

CO-Brew and Jagged Mountain: Hurricane Haze
Dubbed a Southeast Coast Style IPA, this beer was brewed with toasted coconut, mango and pineapple, then hopped with Citra, Mosaic, and Azacca. We both loved this tropical, juicy, citrus-filled IPA.

Intrepid Sojourner Beer Project & 105 West Brewing: The Intrepid Bear
This Imperial Saison was deliciously tart, thanks to a mix of Lactobacillus, Brettanomyces, and the time it spent being barrel-aged in Chardonnay barrels. It was deceptively light for an 11% ABV brew, making it delicious and dangerous… just like we like them!

New Belgium Brewing & The Rare Barrel: On the Shoulder of Giants 2017
What happens when you age a golden sour in oak barrels with peaches and jasmine pearl tea? You get an amazing combination of floral aromas and juicy peach flavor that transports you to summertime in the south.

Brewers Guilds & Crooked Stave Artisan Beer Project: Cherry Coast to Coast
Bring together a bunch of state brewers guilds at Crooked Stave and what do you get? This delicious barrel-aged cherry sour ale, aged in a Four Roses Bourbon barrel sourced by the Kentucky Guild of Brewers. YUM.

Our Mutual Friend Brewing & TRVE Brewing: Esprit De Corps
This blended mixed culture ale was available in two versions: one aged in OMF barrels, and another aged in TRVE barrels. Both were great, though we liked the OMF the most for being just a little extra funky.

WeldWerks Brewing and Casey Brewing & Blending: Transmountain Diversion
This New England-style Double IPA was so good, we stood in line for it even though we already have some in our beer fridge at home, thanks to our trip to WeldWerks last week.

Did you miss out on Collab Fest beer?

Whether you didn’t attend the festival, or attended but missed a few great beers, there is still hope. Many of the participating Collaboration Fest breweries will be putting their special brews on tap in their brewery taprooms, while supplies last. Just get them while you can, because once they run out, they’re usually gone for good. 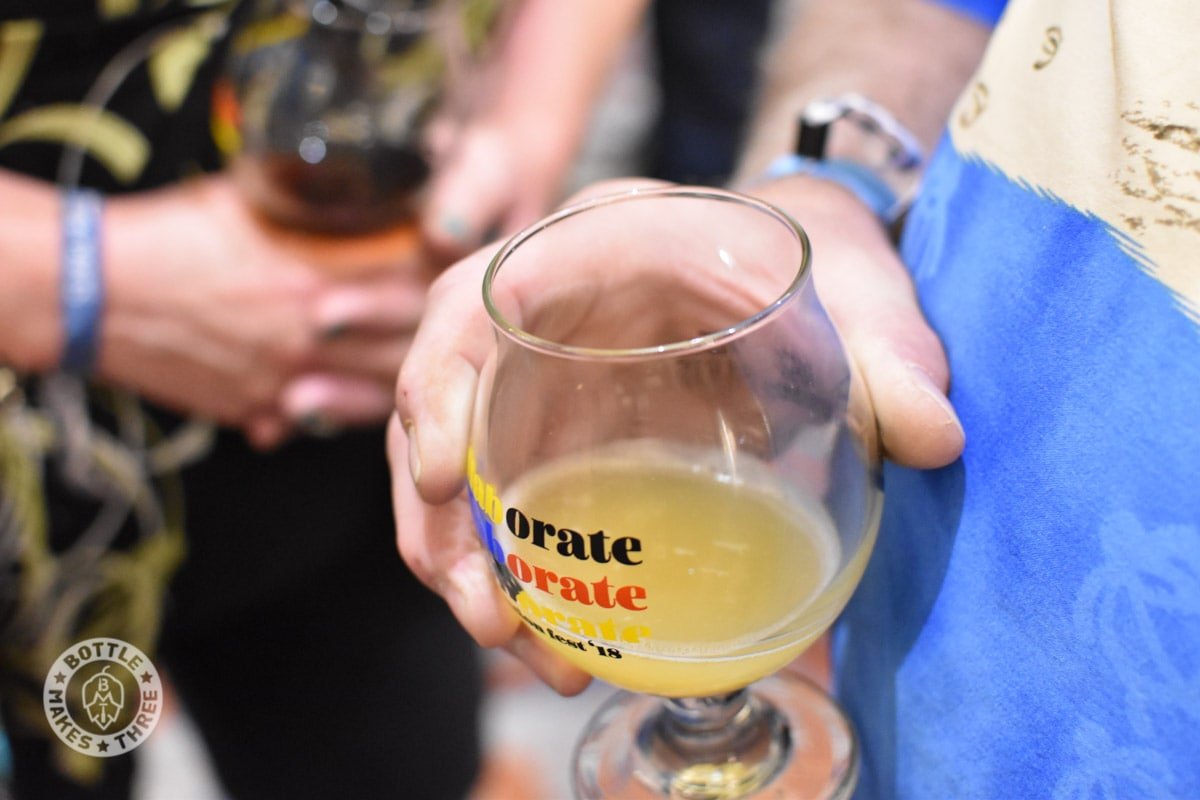 Over the years, the Collaboration Fest has changed locations several times. We really enjoyed this new venue, the Hyatt Regency Denver at the Colorado Convention Center. The Hyatt provided ample space for all the brewery and vendor booths and never felt crowded. There was space to spread out, enjoy your beer, and socialize with friends.

Being in a hotel is especially convenient for folks who can’t easily Uber down to Denver for their day drinking. Rather than worrying about getting a ride home, you can reserve a room, and enjoy a commute as short as the elevator ride up to your floor. Plus, we loved the hotel because their windows offered some great downtown Denver views to enjoy while sipping your brews! 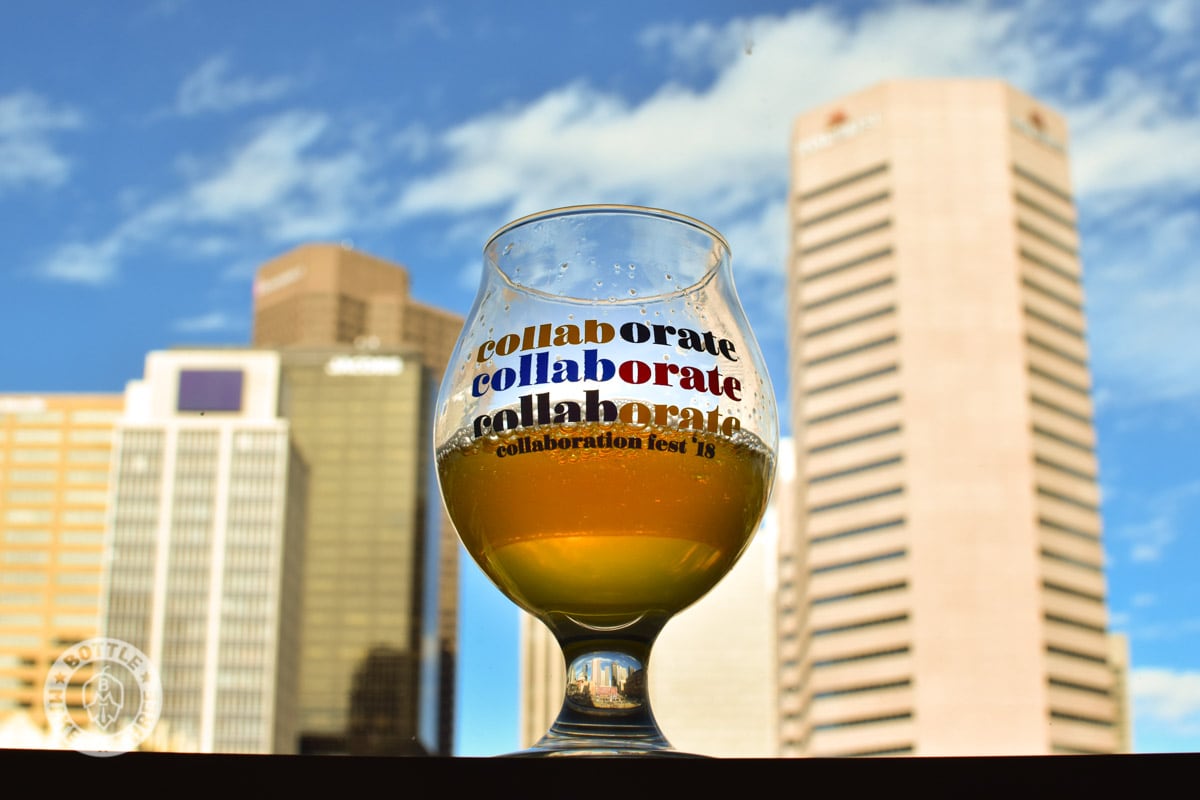 As we mentioned, the Collaboration Fest helped to kick off a week-long celebration as part of Colorado Craft Beer Week. Each day this week craft breweries in Colorado are continuing the celebration with special events based on a daily theme. Yesterday, the theme was Beer Education. Today, the theme is Food and Beer. Maybe you missed those events, but there is still plenty of good times in store for the rest of the week.

Wednesday, April 4 is Colorado Pint Day. Stop by any one of the 80+ participating Colorado craft breweries for a beer and receive a totally awesome, limited edition glass to take home. Money from each glass sold will benefit the Colorado Brewers Guild. Click here for a list of participating breweries.

Friday, April 6 is New Beer Friday. Like the name suggests, dozens of new brews, special creations, and one-of-a-kind firkins will be released at craft breweries across the state.

Saturday, April 7 is Meet The Brewery/Tour The Brewery Day. Stop by your neighborhood craft brewery and discover more about how your favorite beer is made. Also happening Saturday, to close out Colorado Craft Beer Week is an 8-Brewery Bus Tour! Buy a $5 ticket at one of the participating breweries, and hop-on, hop-off all day as you explore hops (and more) at 8 local craft breweries! Click here for full details, including a list of participating breweries and bus loop hours. 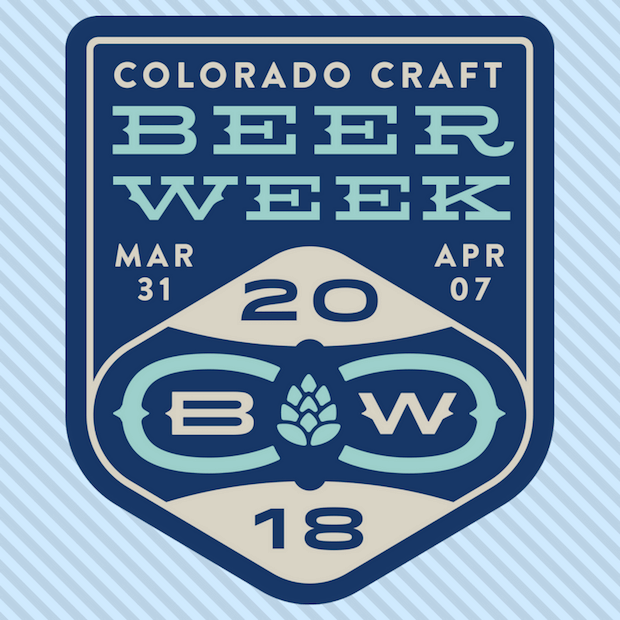 For a full list of all the many Colorado Craft Beer Week events, visit the Colorado Brewers Guild (CBG) online at coloradobeer.org/craft-beer-fan-club. You can also follow CBG on Facebook at facebook.com/coloradobrewersguild.

Whatever you do this weekend, make time to enjoy some Colorado craft beer. Raise a pint to celebrate how lucky you are to live in the State of Craft Beer!

Disclosure: We were fortunate enough to be provided a press pass to the Collaboration Fest, providing us with free admission. However, we were not compensated or required to write this post. All thoughts and opinions are 100% our own.