Written by Chris in Events, Just for Fun

On Saturday, June 30, we did something fun that didn’t even involve a brewery. Can you even believe it? We teamed up with our friends Becky and Scott (Rascal) and participated in Challenge Nation Denver, an urban adventure race.

What is Challenge Nation?

Challenge Nation is described as part 5k, part scavenger hunt, and part urban exploration. You compete in teams against other challengers to solve clues, race to specific locations, and complete challenges along the way.

Leading up to the race we did some research to see what would be involved. We knew that we’d get a dozen cryptic clues that would direct us to landmarks around downtown Denver. Once we got there, we would often have to find strangers to help us complete our tasks. Our team was completely new to this type of race, but we were ready for the challenge. Well, mostly. In all honesty, Jeff and I were a little nervous leading up to the event, but when knew that whatever was in store for us, we were sure to have fun.

We were right. Once the challenge started it was so much fun! We ran all over downtown for around 90 minutes. We definitely were pushed beyond our comfort level a few times, but the silly, fun tasks were easily accomplished.

Challenge Nation creates new clues for each city and every year. That means we don’t feel bad sharing a bit of them for you here, so you can better understand the race. Clues had us searching for the original site of Denver’s city capital building and jumping for joy in front of the Denver Clock Tower.

One of the harder tasks was to find a stranger visiting Denver from a state with an ocean border. We lucked out on that one and met a nice lady from Alaska, who was only mildly suspicious about taking a photo with us while showing holding up her Alaska ID. Don’t worry, she covered the personal info… we’re on a race, not about to commit identity theft.

Examples of our Challenge Nation tasks:

Clue: Wow, so many choices, choices, choices. Take a photo with any ONE of the following: a live horse, any out-of-state license plate whose license number contains a W, X, Y, or Z, a Segway transporter, or shaking hands with a dog.

Our response: Duh. Who doesn’t want to shake hands with a dog?

Clue: At the intersection of the street that corresponds to this emancipation President and the street that puts the “A” in A-Basin, you’ll find yourself on state. Can’t find it? That’s because the whole street is your performing arts space. Gather at least FIVE strangers and combine them with your team to act out your favorite scene from a movie filmed this century.

Our response: It should be totally obvious, but Rascal is playing the part of Ren (Kevin Bacon) as he’s dancing down the line of party people in Footloose. Let’s DAAANCE!

Clue: Sure Coors Field is one of the best ballparks in America. And yes, the Rockies shelled the Padres last night to the tune of 10 to 2, a welcome victory. But there’s a lesser known, considerably smaller baseball diamond that can be found in Coors’ shadow, you’ll find it in front of a bar named for another language’s word for “long ago.” Once there, find any of the adjacent bricks with the last name of a famous baseball player OR last name of a U.S. president and have your teams feet around it in your photo.

Our response: The Irish word for long ago is Fado. Just outside Fado Irish Pub, we found the bricks lining the walk to Coors Field. From there, finding a presidential name among all those bricks was not easy. Thankfully we finally found a “Jackson” in honor of our 7th president, Andrew Jackson.

We finished Challenge Nation Denver in 69th place. Yes, that sounds horrible, but it all honesty it was fairly respectable. We knew going in we wouldn’t win, and as first timers, we set our sights just on finishing. Plus with over 200 teams competing, 69th is better than most. So we’ll take our 69 and count it as a win!

While we said at the start that we had fun without a brewery, we didn’t say that we did it without beer. Several beers were consumed before, after, and even during the race. The race started and ended at Lodo’s Bar and Grill, where they kept us hydrated with some cheap Coors Light specials. Say what you will about Coors Light, it sure was tasty when we arrived, hot and sweaty, at the finishing line. We may have also found a way to complete a few challenges at Falling Rock Tap House, so you know we had to enjoy a quick pint there. 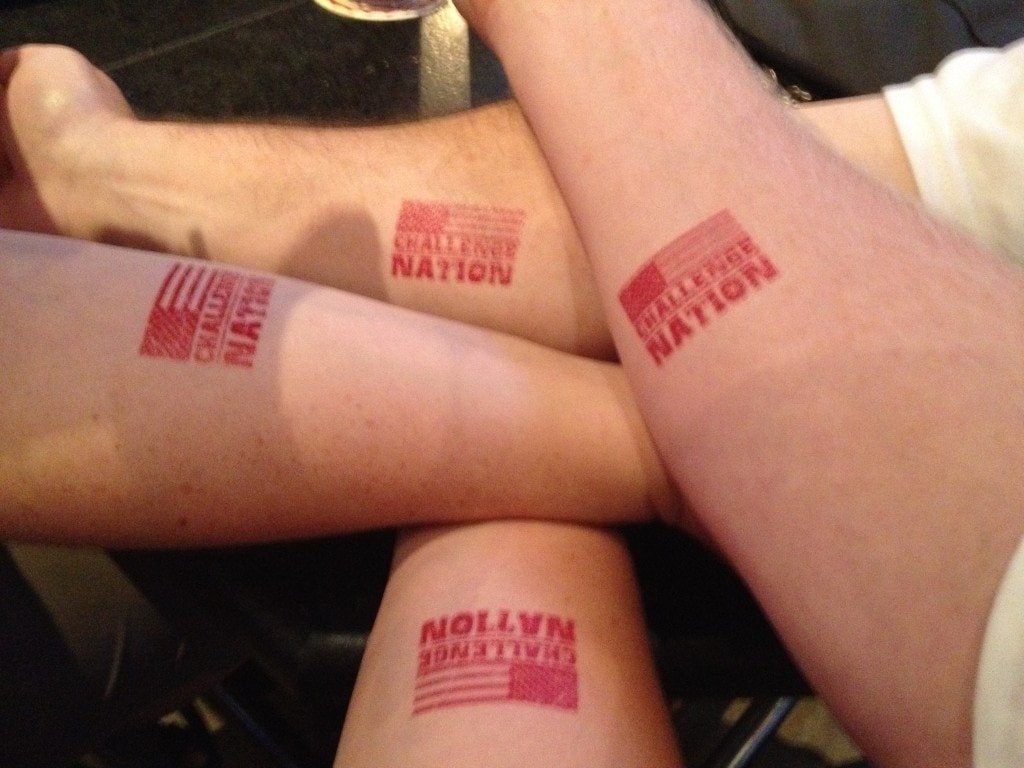 I Know This Much is TRVE