Written by Jeff in Beer

It’s finally Spring, and at our house, that means spring cleaning.  Yesterday we spent a good part of the day cleaning out our garage, which includes our beer fridge.  We had lots of straggler beers left over from the winter or last summer, and some even beyond that.  When you have an Irish beer you bought for St. Patrick’s Day, but not this past St. Patrick’s Day, then it’s time for some purging.

Spring Cleaning of our Beer Fridge

While there are a few beers that may do well with cellaring and age, most are meant to be drank fresh.  Those “born on” or “enjoy by” dates are there for a reason.  Many beers, especially the IPAs I love, don’t do well when stored for too long.  We decided that to make room for fresh new beers we had to get rid of the old ones.  We pulled out all the beers more than a month or two old that wouldn’t benefit from aging any longer.  Rather than just dump them, we had ourselves a little mini beer fest to see how they all fared after months in the fridge.  As we figured, we had to taste them in the name of science!   We even classed things up with snacks, if you consider club crackers and string cheese classy, which we do.

We had dozens of homebrews of a few various styles and they were all pretty horrible.  I’m sure that’s somewhat due to self-criticism, since we haven’t truly loved any of our homebrews just yet, but it’s also due to improper storage.  With cases of beer we know that sometimes they don’t all get immediately into the beer fridge, and these older beers paid the price.  They were all dumped.

We had 11 commercial varieties so we tasted a few ounces of each and then lined them in rank from the best to the worst.  The favorite beer was a big surprise – Spaten Oktoberfest.  This was still a great beer despite being several months past the purchase.  Not surprisingly, some of the oldest beers fared the worst.  That Saranac Irish Stout from early 2013 was not good.  Neither was the Pyramid Snow Cap, which we couldn’t remember if we got this winter or last winter.  Clearly we really need to do this more often.

Here’s a full list of what we tasted and trashed, from our favorites down to the least favorites:

Again, the ranking has less to do with what we normally love and more to do with how well these beers fared after months in the beer fridge.  Still, you have to wonder why they sat there for months… One more thing we learned with this clean-out is that Untappd seems to worry about you if you check into 12 different beers in one day.  Go figure. 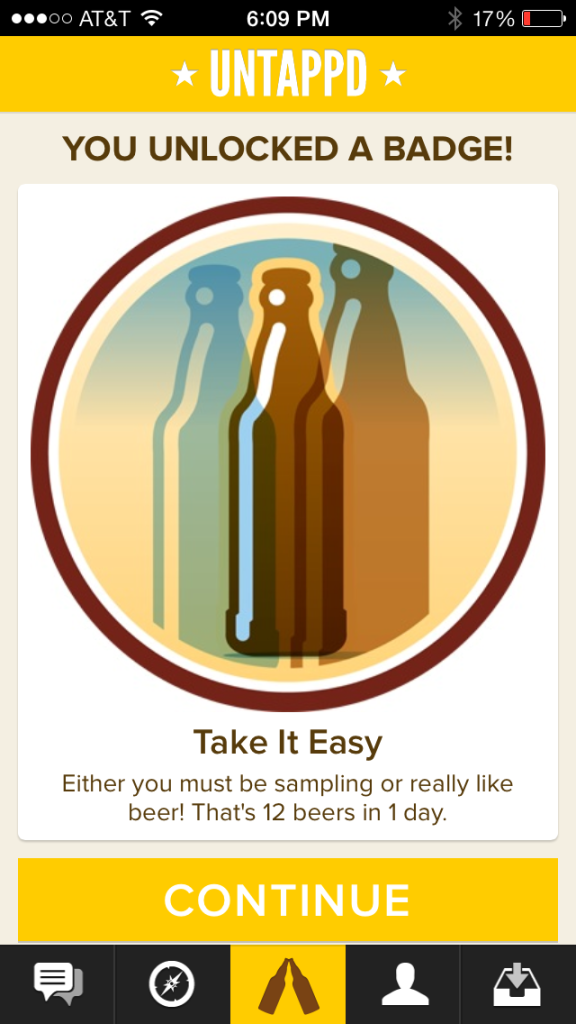 Now the fun begins – filling the fridge again!  If you have any suggestions for great spring seasonals that won’t end up collecting dust, let us know.

Keeping the Beer, Losing the Belly