4 New Breweries To Try This Weekend

Written by Chris in News

We hope you’re thirsty, folks. There are four, yes FOUR, new breweries for us Denver-area beer lovers to try this weekend. So what are you waiting for? Don’t let the polar vortex keep you indoors – unless it’s indoors at a new craft brewery. Besides, a few strong beers will warm you right up. So what are you waiting for? Bundle up, grab your pretzels and drinking gloves, and go get ’em!

For months we have been following Großen Bart Brewery’s facial-hair filled selfies on Instagram, so you betcha we’re intrigued. After all, Großen Bart is German for “big beard” and we all know that great beards make great beer! After all our anticipation we were thrilled to learn that the Großen Bart Brewery finally opened their doors on November 10th!  While their “official” Grand Opening is still a few weeks off (Save the Date: December 13th) you can get a sneak preview now, because who wants to wait?

While we haven’t tried Großen Bart Brewery’s brews yet, their website says they brew by one simple concept – making delicious tasting beers – and that’s a motto we can get behind. Longmont is a bit of a drive for us, but we’re going to try to get there to check them out before their Grand Opening. If you beat us there, let us know what you think and what beers we should definitely sample for our visit. Also, be sure you take a selfie with one of those fantastic beard pint glasses! Prost!

Alpine Dog Brewery is opening in Capitol Hill, a stone’s throw from our downtown offices so you can imagine our excitement. The term “Alpine Dog” isn’t a reference to their love of our canine pals, though I’m sure they do, but rather the love of playing in the great alpine outdoors of Colorado. Gardiner Hammond, formerly of The Old Mill Brewery, runs Alpine Dog. The Alpine Dog website it says they “strive to bring bold and unique brews to a bold and unique population.”  Alpine Dog Brewing Company will open their doors on today, Saturday 11/15, and they’ll be pouring four beers: Alpine Dog IPA, Hogback Amber, Rye Blonde, and a Belgian/American Hybrid Pale Ale.

Alpine Dog Brewing Company is located at 1501 Ogden Street in Denver.  Follow them on Facebook for more brewery events and updates. 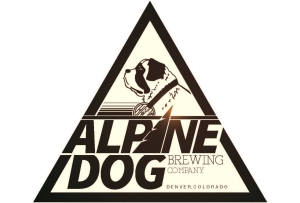 What’s a locavore? According to Locavore Beer Works, it’s “a person who chooses to support local industry, whether it be food or general services or products.” Here at Bottle Makes Three we’re all about being locavores, though our definition of “local” can sometimes extend pretty far when it comes to beer.  Locavore Beer Works stand behind their name by shopping local, and buying their own goods and services from the shops in their neighborhood whenever possible. That’s the type of good karma that we think deserves our business. Let’s all be locavores for Locavore Beer Works!

The Grand Opening celebration begins at noon today, and Locavore Beer Works will have 11 beers on tap, including a Lil’ Dirty Blonde, Sugar Magnolia Belgian-Style Wit, Heisenberg Green Chile Pale Ale, Block’s Bounty Milk Stout, and many more. If all that beer makes you hungry Rocky Mountain Catering will be there serving up great food. They also have some really sweet T-shirts with their awesome Locavore Beer Works designs, if you’re into that sort of thing – like we are.

Locavore Beer Works is at 5950 S Platte Canyon Road in Littleton.  Go like them on Facebook for awesome brewery updates and news.

If you were in the DU neighborhood the past few days, maybe you noticed FERMÆNTRA opened the doors of their 7-barrel brewery quietly during the week? Even though their Grand Opening is scheduled for today, Saturday 11/15, at noon, you can’t blame the FERMÆNTRA team for wanting to open early. It’s been a really, really long time coming. Planning, construction, and several unexpected delays have left FERMÆNTRA waiting more than a year to finally unlock those doors, so it had to feel great to finally let the public in to taste the fruits of all that labor. 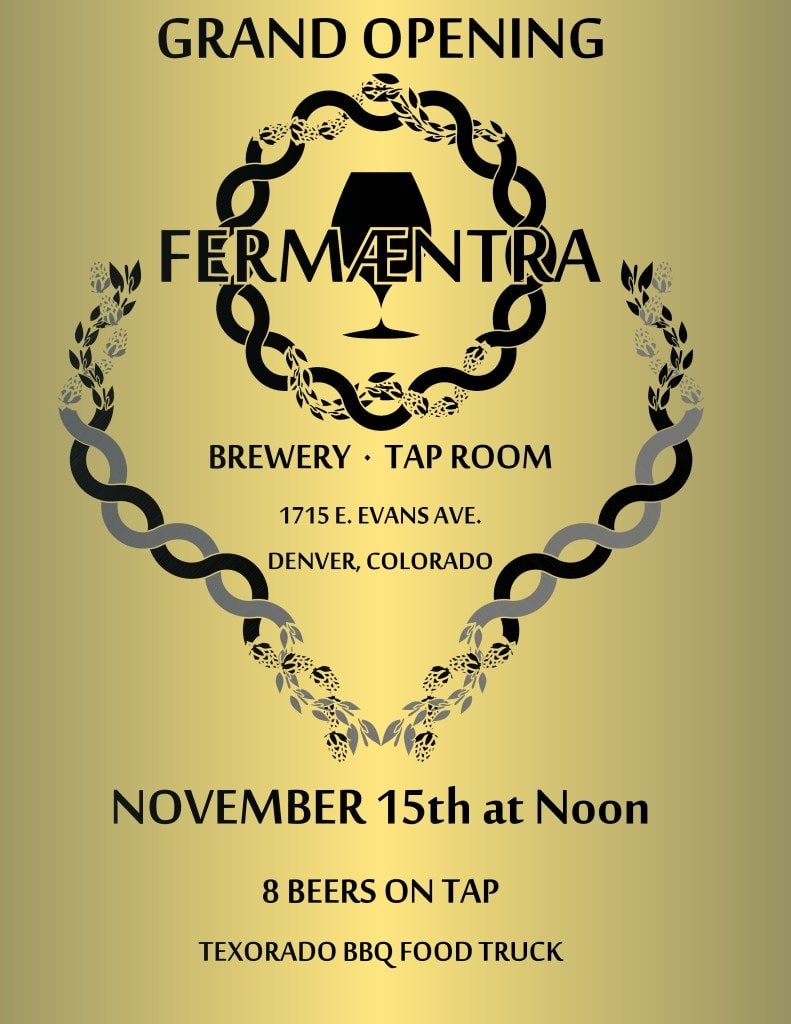 For FERMÆNTRA’s Grand Opening they’ll have 8 beers on tap: Hefeweizen, West Coast Pale Ale, Belgian Style Blonde, Belgian Style Dubbel, Russian Imperial Stout, Blonde Ale/Lager Hybrid, English Amber and an Imperial India Pale Ale. Certainly, with such a great variety of styles from all across the world, every beer lover will find something to enjoy. The Texorado BBQ food truck will be there to enjoy along with your beers.

FERMÆNTRA is at 1715 E Evans Avenue in Denver, just a few blocks from the University of Denver campus. You can visit them on Facebook, or better yet you can just go show them some love in person for all their hard work and perseverance.

With all those options, good luck trying to pick just one for your weekend drinking. If you end up sampling one or more of these new breweries, please let us know what you think. Tweet us at @BMTbeerblog or drop us a line on Facebook with your feedback. We’d love to hear what you think.