River North Brewery is one of Denver’s newest breweries, and when we visited on a Saturday afternoon they proved to be one of the friendliest as well.

As soon as we walked into River North Brewery we were greeted warmly and asked if it was our first visit. When we told them that we were River North virgins, they offered us a quick description of their brewery and their beers. River North Brewery makes Belgian style beers. They had 7 on tap, plus a more aging away in whiskey and chardonnay barrels that would be tapped soon. They offer growlers for most beers and bombers for others, so you can take some River North home with you. We really appreciated all the information we were offered. It saved us a lot of questions and allowed us to focus on what was most important – the beer! 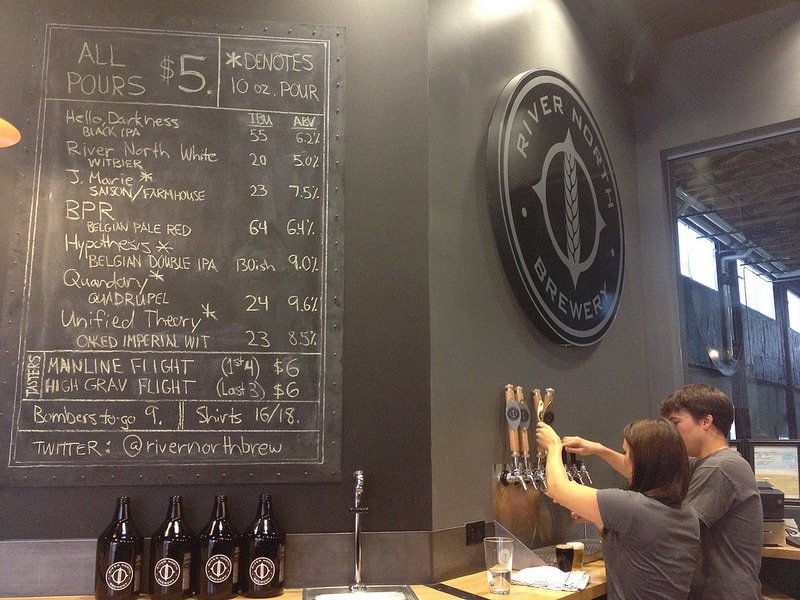 We decided to try River North’s two beer flights: the Mainline Flight (their 4 standard brews) and the High Gravity Flight (the powerful stuff!) Jeff was dying to jump right into their Hypothesis Double IPA, however, we are nothing if not ordered and civilized. Seriously! So we enjoyed the beers in the order they were presented. Here’s our quick rundown of what we can remember about the River North Brewery brews: 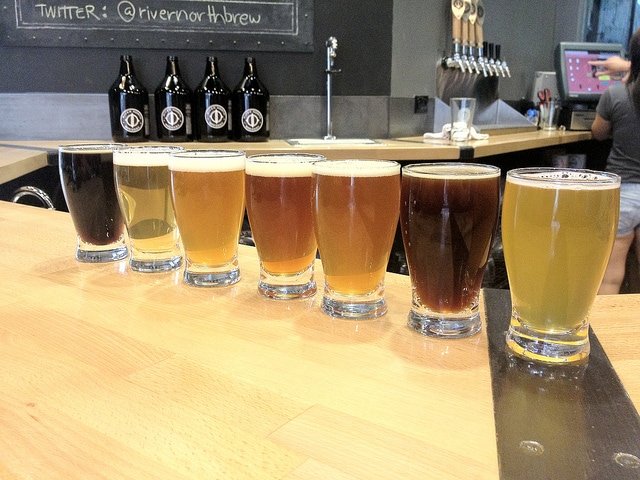 Jeff loved the Hypothesis, but that’s no big surprise. I was really smitten with the J. Marie, closely followed by the River North White. Overall, we thought all the beers were pretty damn good. With such great beers, a friendly staff and an awesomely cozy tasting room, we will definitely be back to River North Brewery. 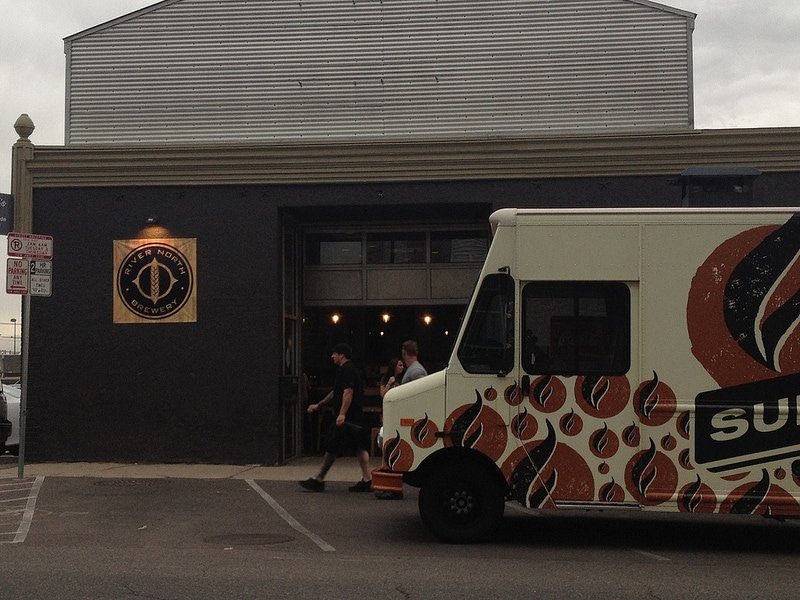 P.S. Fat Sully’s was there serving up slices of their incredible pizza. Oh, why did we eat before we went out? (Sigh….)

Oops, We Did it Again (at Dry Docks)