Oops, We Did it Again (at Dry Docks)

Written by Chris in Breweries, Just for Fun

We had to visit the Brew Hut this past Sunday for some homebrewing supplies. We decided to go to Dry Dock Brewing for one beer. Just one. Jeff had to try their Hop Abomination, after all. It would be silly to go all that way and not have a pint. In solidarity, I had a Breakwater Pale Ale. We would each have one, and then we would be on our way home to finish our Sunday errands. 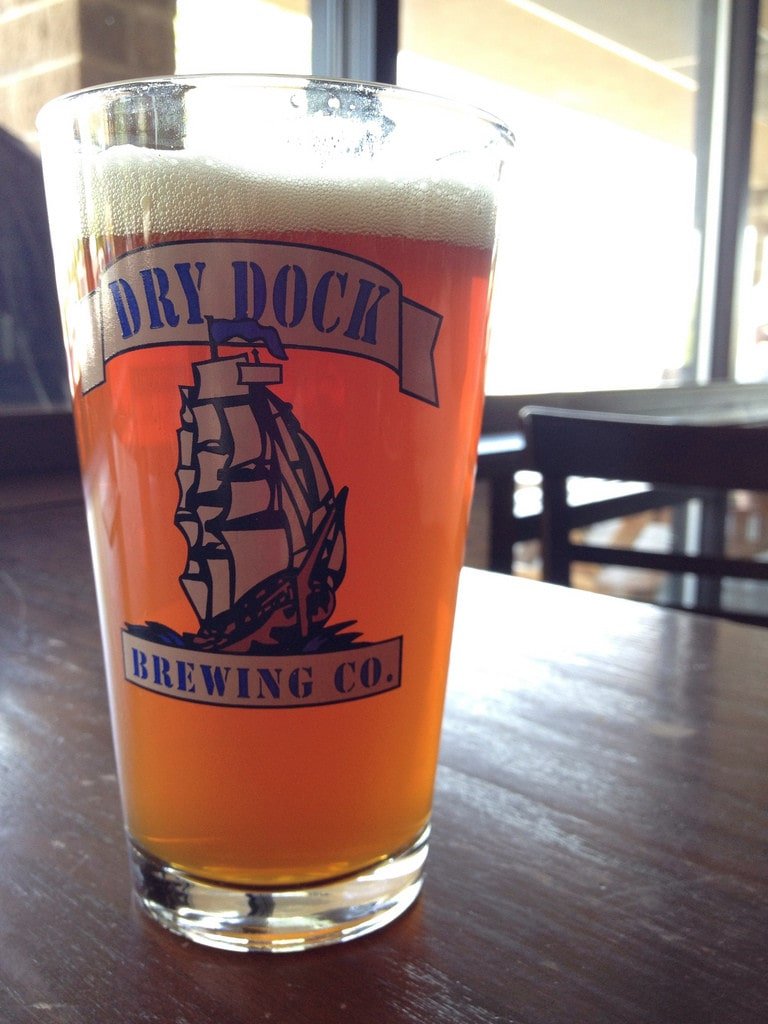 Dry Dock Brewing Does It Again…

Once we had our beers, it just seemed rude not to text our friends Shawn and Jessica. We were in their neighborhood, after all. How would it look if we didn’t at least invite them for a beer?

Well, clearly ShawnyB and JFunn are as polite as us. They wouldn’t dream of turning down our invitation! They said they would join us for just one, maybe even two. They also had things to do.

But what the hell… If we are going to be hanging out having beers, why not throw in a quick game or two? Shuffleboard, anyone?

You know how this ends, right?

Two beers turned into three. Then four. After that, it seemed tacky to keep count. The next thing you know they were lowering the lights at Dry Dock. How did this happen? Again.

Honestly, this is not our fault. Dry Dock Brewing Co just makes it too hard to leave. I blame them, and their tasty, tasty beer.

So, we wasted the better part of Sunday drinking beers with our friends. One afternoon errand turned into a full day of hanging out with pals, enjoying Dry Dock beers. We didn’t get any of our chores done at all.

In short … it was a perfect Sunday.