The 2014 Collaboration Festival is just a memory now, but oh what fun memories we have of this inaugural festival!  Imbibe Denver and the Colorado Brewers Guild kicked off Craft Beer Week right with this unique festival, which showcased over 35 special collaboration brews. We can only hope that this festival will return next year. 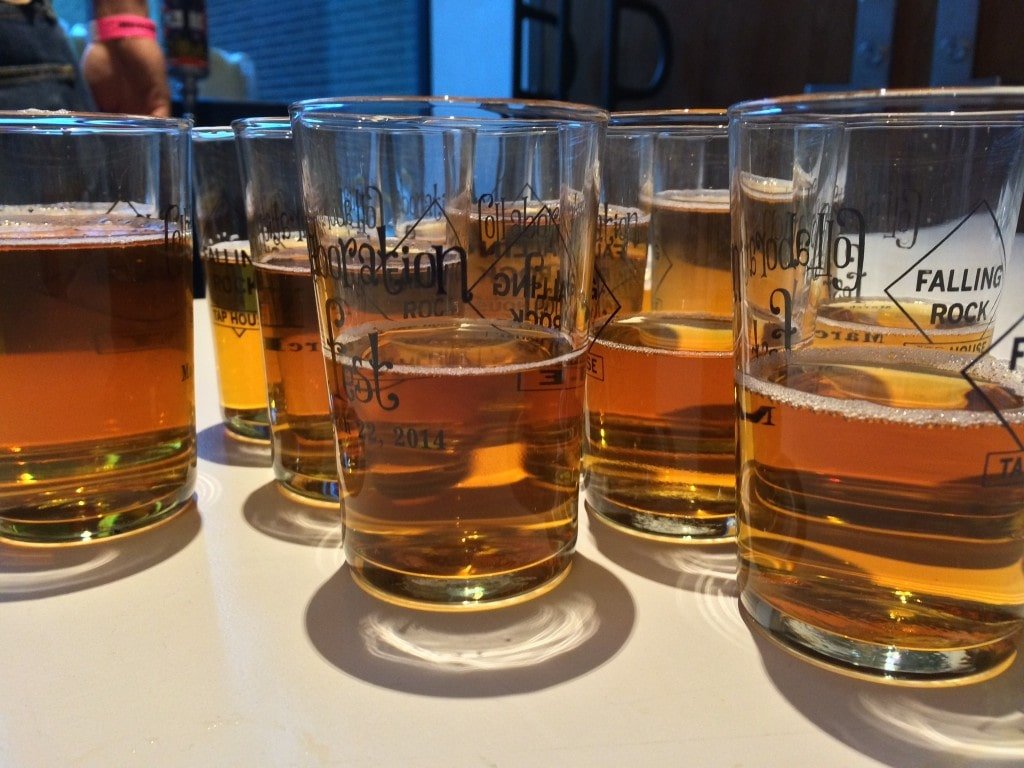 About the Collaboration Fest

As suggested in the name, this festival is all about collaboration. Each brewery had at least one beer that was made with one Colorado Brewers Guild member in collaboration with one or more other craft breweries. Some of the collaborations featured partnerships with breweries as far away as California, Florida, and even Sweden.

The Curtis Hotel was a wonderful gathering spot for this festival. It was full of throwback kid games, super snacks, and fun décor.  But of course the spotlight on this event was on the beer, and this new festival did not disappoint.  Upon arrival, we received a glass of Centennial Pale Ale, the special collaboration between Oskar Blues and the Colorado Brewers Guild.  This was made as our featured Colorado beer for the Craft Brewer’s Conference, which will take place in Denver next month.  Centennial Pale Ale features 100% local ingredients and it was a wonderful way to start the collaboration festival.  Along with the beer we received a sheet to help us keep track of all 46 of the beers available, and while we tried we gave that up 2 beers into the festival.  This wasn’t about keeping score for us, this festival was about enjoying the product of these brewery collaborations.  We popped around to try whatever piqued our interest, and most everything was excellent.  There were only a few long lines but they mostly moved quickly.  Based on lines alone I would have to say the more popular brews were the collaborations between Avery & Russian River, Odell & New Belgium, and Epic & Elevation.  We waiting in all three, and all were worth the (short) wait. 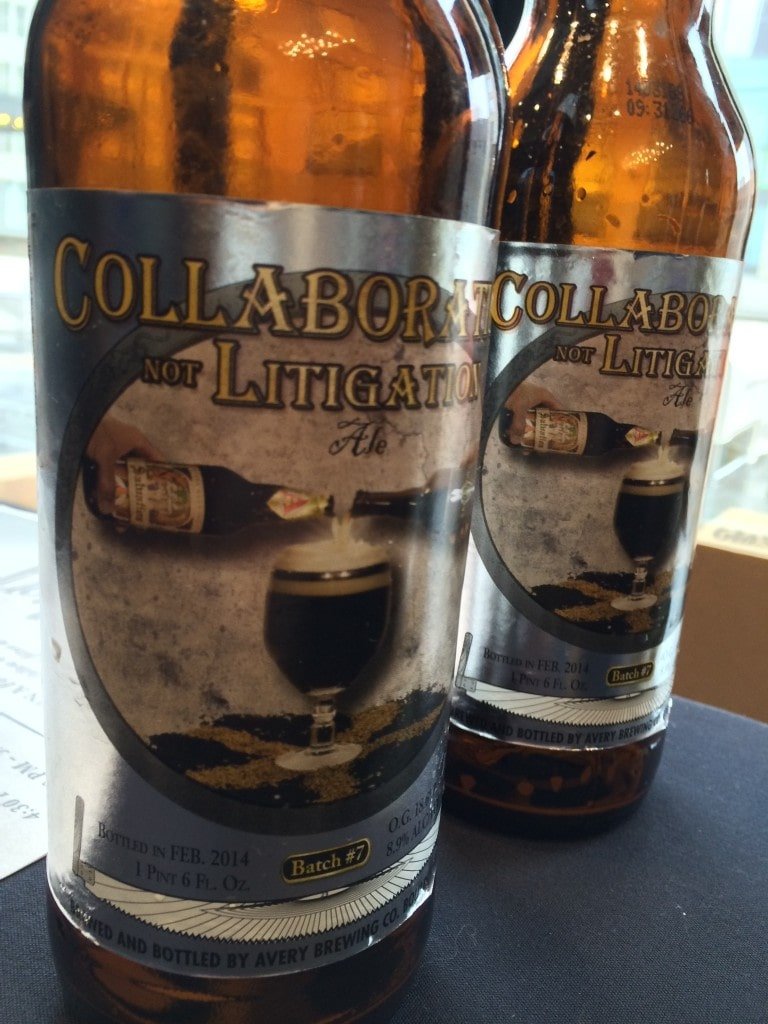 Many breweries brewed two different versions of their collaboration beer.  For example, they would use the same recipe but brew one version at each brewery, often using slightly different yeasts or finishing methods.  It made for some interesting comparisons and made us glad we attended in a pair so we could each get one glass and sample them side-by-side.  If you needed a break they also offered three breakout events with topics such as Living Legends, Food & Beer Pairings and Women & Beer.  We didn’t make it to any of the three but heard rave reviews.

Speaking of women and beer, there were two special lady collaboration brews (beers made with female brewers from several different breweries) and let me tell ya, these ladies brought it because both beers were delicious!  “Unite Pale Ale” was made by the female brewers down south at Pikes Peak, Red Leg, Trinity, Great Storm, Fieldhouse, Paradox, Bristol and Phantom Canyon.  It was a really great Pale session beer featuring Cascade hops, and it was great.  “The Big C” was a Belgian IPA made by ladies over at Bootstrap, Bottles & Barrels, Big Choice, Caution, Epic, Former Future, Horse & Dragon, Pikes Peak, Renegade, Ska, Strange, and Wynkoop.  Wow!  There were a lot of hands in this one and it was amazing!  This was one of our favorites of the day. 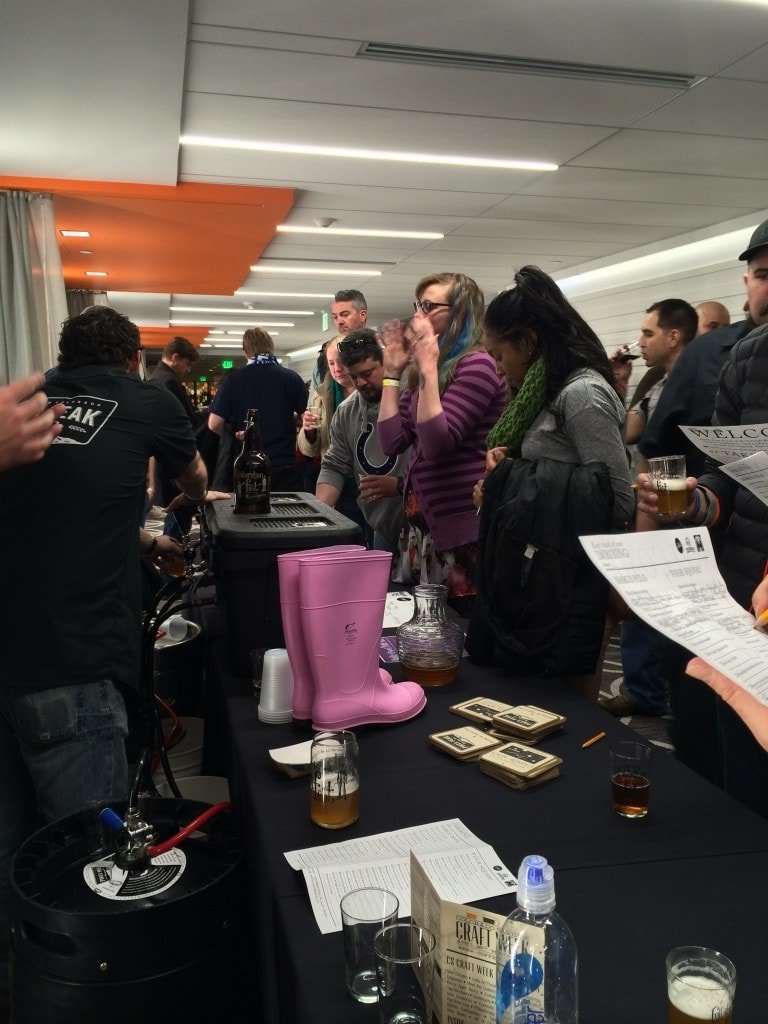 Again, all of the beers were unique and delicious but of course, we had a few stand out favorites.   Beers we had to sample more than once included:

Big Choice & CAUTION’s “Ain’t Yo Mama’s Breakfast Porter” which was served on nitro and featured 50 pounds of real maple syrup and tasted like a delicious pancake breakfast!

Boulder Beer & Sanitas Brewing’s “Empty Nest” was a merger of a California Common and an IPA that they lovingly call a Boulder Common, since both collaborating breweries are in Boulder.  I don’t care what they call it, we called it fantastic!

Oskar Blues & Shamrock made a delicious “Death by Coconut” dark chocolate Irish porter.  I don’t even have words for this delightful beer.  The dark chocolate and coconut was like dessert in a glass.  Yum! 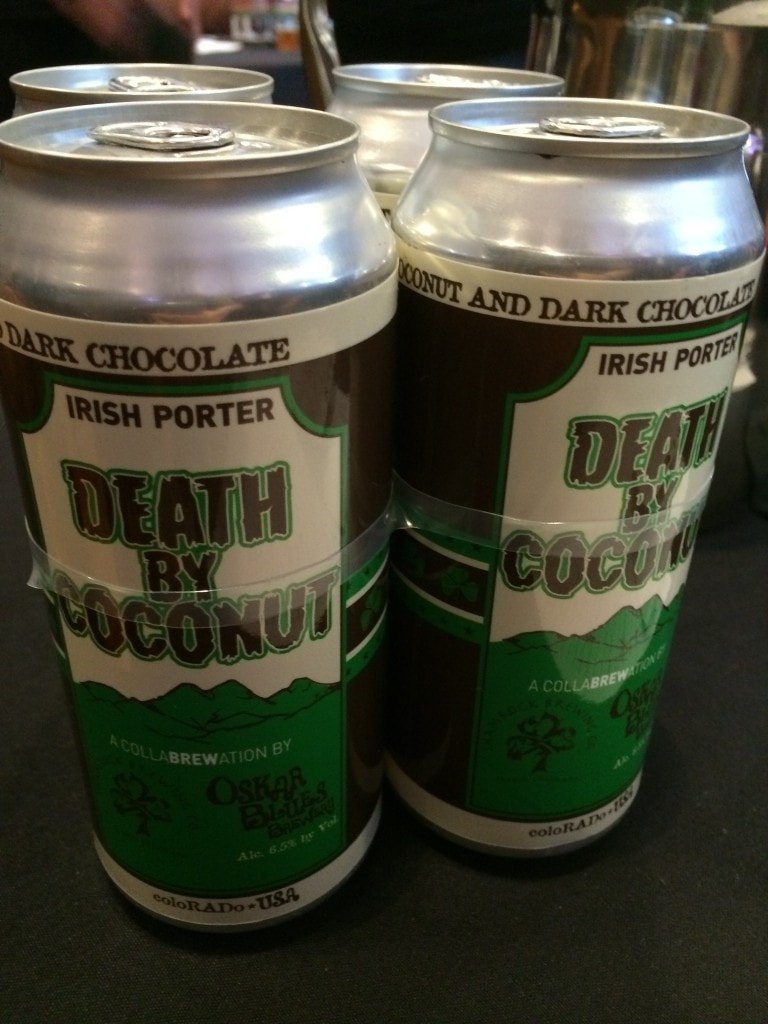 Finally, we loved the international collaboration between Ska Brewing & Nynäshamns Ångbryggeri’s from Sweden.  Together they created the “Wipa Snapa White IPA”  This IPA and Belgian witbier hybrid were brewed with juniper berries and Swedish Sea Buckthorn berries, plus a lot of hops.  It was outstanding.

We appreciate everyone who put this Collaboration Festival together, and all the breweries that worked together to make it such an amazing time.  We hope this spirit of collaboration continues and that we can make this an annual fest.   Since we don’t have adequate words to really tell you how much fun we had at this event, we’ll let these pictures do the talking:

Until next time… Cheers!

Colorado Craft Beer Week is going to be EPIC.