Written by Chris in Breweries, Events

This past Saturday Ska Brewing Company celebrated another year of being bad-ass with their 19th Anniversary Party and Brewers Invitational at their headquarters in Durango, Colorado. We love this excuse for a road trip every summer, and this party seemed like the perfect reason to hit the road. Here’s a recap of this year’s shindig, or at least what we can remember of it…

The Ska Anniversary Party and Brewers Invitational takes over the Ska World Headquarters, inside and out. Upon arrival, we were given a commemorative pint glass (no sissy sample glasses here) and then we were invited to wander around the property where there are 30+ breweries waiting to give you some beer. Many of the breweries were from Colorado, of course, including greats such as Avery, Odell, Oskar Blues, Breckenridge, Great Divide and many more. There were also plenty of breweries representing the nearby southwest states, such as La Cumbre Brewing, Three Rivers Brewing, Marble Brewery and Santa Fe Brewing from New Mexico and Huss Brewing Company from Arizona. Also in attendance were Stone Brewing, Firestone Walker, and Boulevard Brewing. Apparently, Ska Brewing has made a lot of friends over their 19 years, and they all make great beer.

Ska Brewing Company made two special beers for the event: The Hi-Hop Ska Rye IPA was made to commemorate the Skatalites 50th anniversary. This IPA was brewed to compliment the diversity of the season, with tropical notes from the hops and a warming spice from the rye. It was a big favorite, and we had several samples just to make sure. The second special Ska beer was a Belgian sour called Cru d’Etat that was aged for two years in oak foeders. This beer was caramely sweet with just the right amount of tartness, ending with a big and boozy oak finish. With such strong beers, it’s was good that we finally got to sample Ska’s new Rudie Session IPA. At only 4.5%, this IPA has a nice fruity and fresh hop aroma with a pine finish. It’s a nice session IPA, and a great addition to Ska’s year-round line-up. 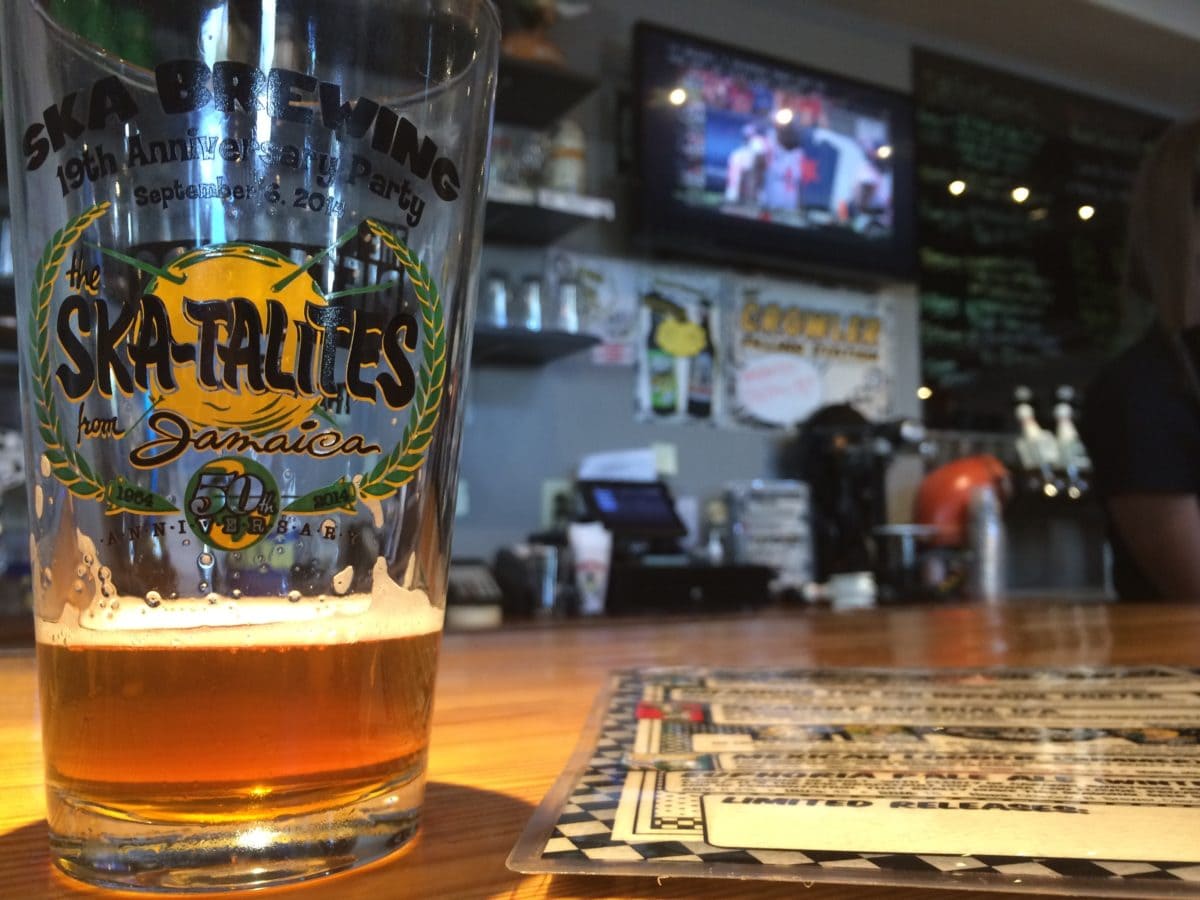 There were plenty of great beers from other breweries, and while there were far too many to name we did try a few new (or new to us) beers that really stood out. One was the Oskar Blues WorldBrew3, a beer commissioned by DigitalGlobe, a Longmont-based satellite imagery company, to commemorate the launch of their WorldView satellite. This beer was a very tasty, very orangey Hefeweizen that was wonderful on such a warm sunny day. Steamworks Brewing had a spicy ginger beer called Ginger Ninja that was deliciously different, as was the tart Solara Method Sour from Three Rivers Brewery. Suffice it to say, there were a lot of great beers to choose from in nearly every style. Best of all, if you got tired of wandering around for beers outside, you could get some shade (and more beer) from inside the Ska Brewing Company tasting room. There was no lack of great beers inside or out.

Pairing Our Beer With Great Food

When you’re having great beer, you want to pair it with good food. Fortunately, Ska’s Container Restaurant was serving up a menu of delicious pizza and BBQ, but we got a tasty burrito from Zia Taqueria to pair with our beer. Okay, we had two burritos. FINE, we had three…but not all at once, and we split that last one. In our defense they were delicious! If you’re judging us for three burritos, then we probably shouldn’t tell you how many Rude Boy Cookies we had. Rude Boy Cookies, a New Mexico company that’s only been open 5 weeks, was a great idea. Cookies + Beer? Hell yeah! Plus these cookies were delicious. We are seriously considering a road trip to Albuquerque for more Rude Boy Cookies, and to check out their milk “on tap.” If you’re ever in Albuquerque check them out and support this delicious business. Bring us back a snickerdoodle.

This year’s Ska party was not our first. Last year we attended the 18th Anniversary party, which was just as fun as this year. Last year we also met Chris, who works for Ska and was awesome enough to take us on an impromptu tour of the brewery at the end of the night. Seriously it was one of the best tours we’d ever had, and that’s not just the beer talking. Chris showed us all around the place and answered our endless questions when he totally could have just been enjoying the after-party. We were super appreciative, and thrilled to run into Chris again this year! Once again he took us behind the scenes at the brewery, this time to show us how much had changed since our last tour. To give you an idea of the success of Ska Brewing, this was their canning line last year:

This summer Ska upgraded to a whole new high-tech canning line, which is allowing Ska to increase their capacity to meet the demand for their great beers. Not only will this mean that Colorado beer lovers will find more varieties of Ska in our local stores, but it means that for the first time in five years Ska Brewing has been able to expand to a new market. As of this summer, craft beer lovers in Southern California can finally get their hands on this great Ska Brewing beer, all thanks to this sweet new canning line. Now that’s a technology we can get behind.

After showing off the brewery Chris took us up to the catwalk, putting us above the crowd and giving us a great view of the party happening below. Chris is totally awesome. We hope he works at Ska forever and that we run into him every year. It’s great when you meet someone who loves their job so much that they’re excited to show you around when they totally don’t have to. Craft beer people are the best.

Last but not least, Ska Brewing once again lived up to their name with an amazing line up of ska music for this party. The Rebel Set started the party off right with some hard-rocking ska punk music. The Pietasters brought more of the traditional ska sound, which had the crowd skanking in no time. Finally, The Skatalites were awesome, with a reggae-ska vibe that was perfectly suited for dancing beneath the setting sun and well into the evening.

Next year, Ska Brewing turns 20. We have no idea what they have in store for that milestone anniversary. We can dream that it will somehow involve our favorite ska-core band, but who knows. There are lots of great music out there, just like there is a lot of great beer. I’m sure whomever and whatever Ska Brewing brings to their 20th, it will be great. Whatever they do, we know these things for certain: It will be a kick-ass party, and we wouldn’t miss it for the world. 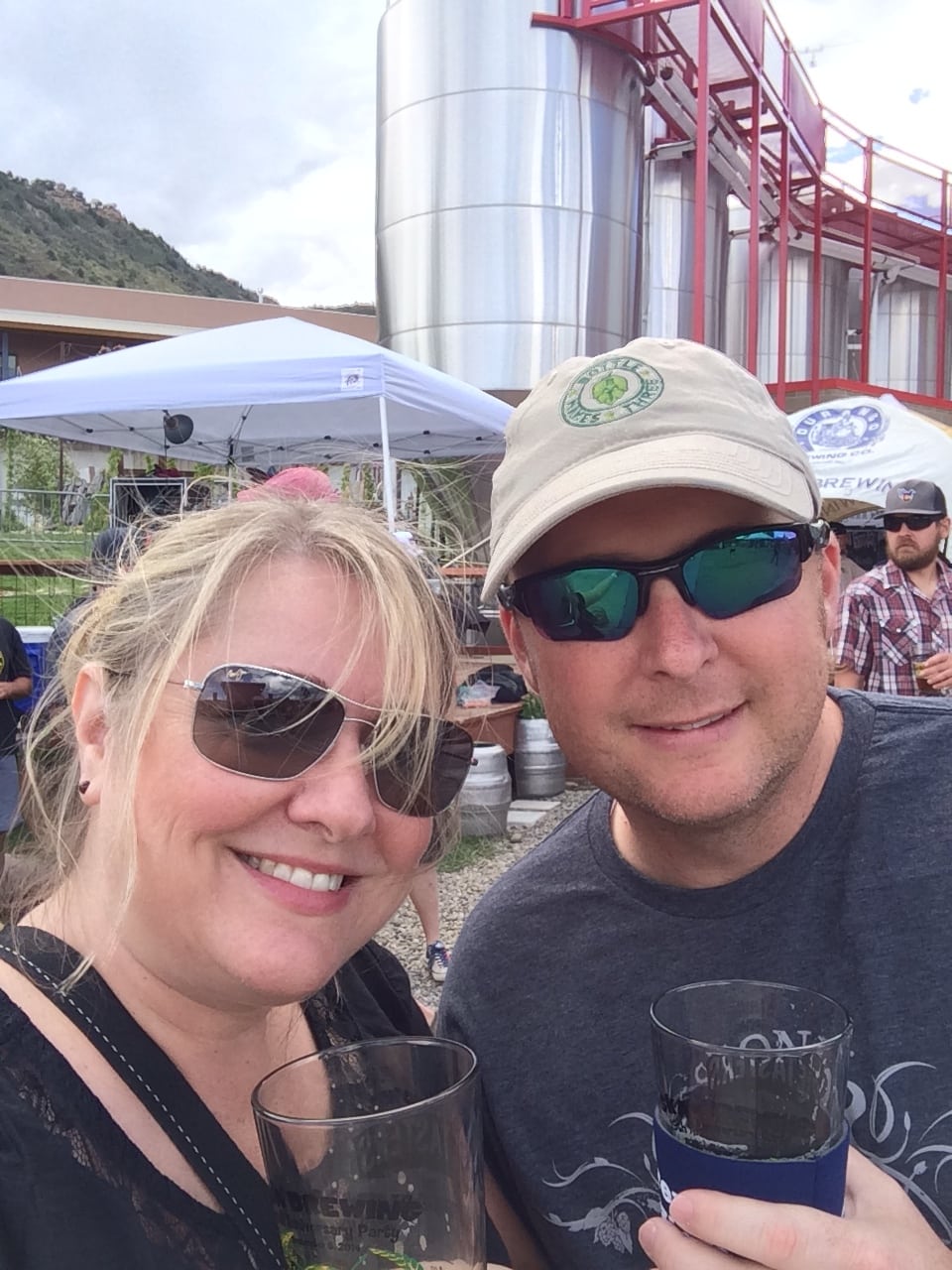